BUST D/ST OF THE YEAR (COLTS)

I always make sure to study every aspect of the game to get the best results. This has been dating back to 2013 when. I called the breakout of the Broncos Defense back in their Super Bowl Days. Consistently following it up with BEAST calls year after year.

Breakout of JJ Watt in the healthy Clowney Texans days.

This year. It is a new year. The BEAST DOME Defense strategy is one that will give you a winning edge, it could change but at this moment and time I have the squad I want you to roll with. One team it will not be is the noise of the consensus Sheep who are pointing at the Indianapolis Colts as a Top 10 Defense. They have them Top 6, many have them in the Top 5!! 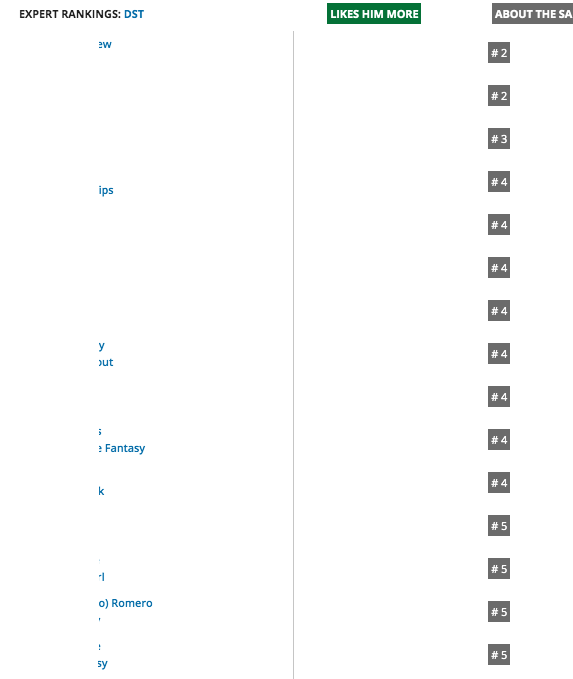 Yes the Colts D was good. Keyword is, “was.” It is almost like none of the “experts” did any research on what is going on with the team since the end of last season. For all of them, here is an update.

Justin Houston is a star, currently a Free Agent he is a big impact player no matter where he goes. Yes, DeForest Buckner is a BEAST on that D-Line, and then Darius Leonard stops the ball carrier instantly after he reaches the line of scrimmage. That is the only good thing this Colts D will be able to do. Without the pass rush of Justin Houston, offenses will be able to expose the Colts Secondary more than the Sheep Consensus is leading on. Xavier Rhodes leads a secondary which was a good statement 5 years ago. Rhodes is beatable and the young secondary is vulnerable. Justin Houston hid that secondary behind a curtain. Now the curtain will be revealed and the secondary will not perform a 5 star broadway show like the Sheep Experts expect.

While the Colts Run D is strong, there is no way this team finishes in the Top 10 at D.ST in 2021. Despite that fact, you will see them drafted and think in the back of your head. Good thing I am a BEAST.