A BEAST WITHOUT A WING

*LEAGUE WILL BE PUBLIC SATURDAY AFTERNOON*

From the days of Ray Rice being suspended after Day 1.

From the days of RGIII getting injured in Week 2.

From the days of Fitzmagic bringing TEAM BEAST DOME into the playoff hunt.

From the days of Arian Foster/Mike Evans/Marshawn Lynch BEASTING the league. 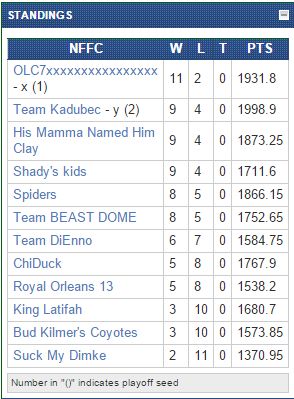 Nice stretch run to close out the season going 5-1. Was the highest scoring team three times during that span and if it was not for RGIII ruining me and every BEAST DOME NATION owner in Week 1 & Week 2, a playoff berth if not more would have easily been in play.

The Draft Strategy went flawless this season. Grabbing Arian Foster and Marshawn Lynch in Round 1/2 gave my team a HUGE edge against every opponent. The Draft Strategy of getting sleeper WRs worked great as Mike Evans emerged into a BEAST, and Steve Smith Sr. who barely slipped past my grasp in round 9 would have been a savior to start my season.

While RGIII was the target QB to get, and he obviously was a BUST, everything else went perfectley.

In the end, this is how team BEAST DOME finished. Not having enough Free Agent Money was hard in the end as I blew my load on C.J. Anderson, and Ryan Fitzmagic will now be there for eternity. Would love to have him for the last four games of the season, now I am locked and loaded with Flacco. 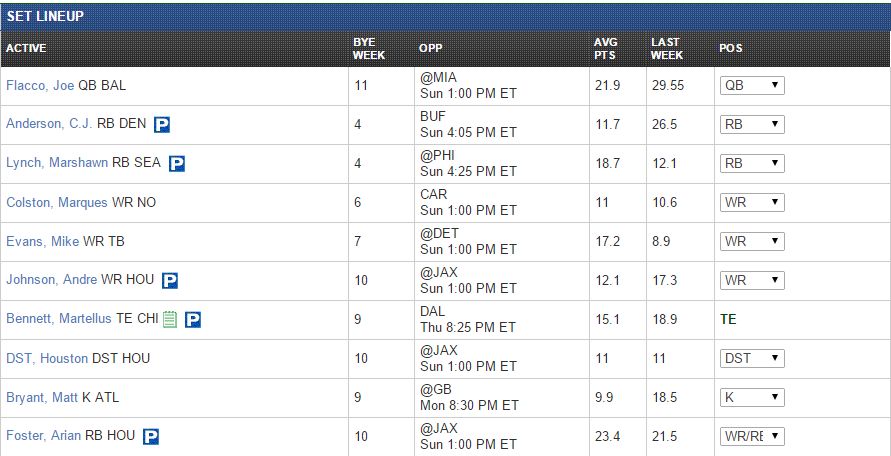 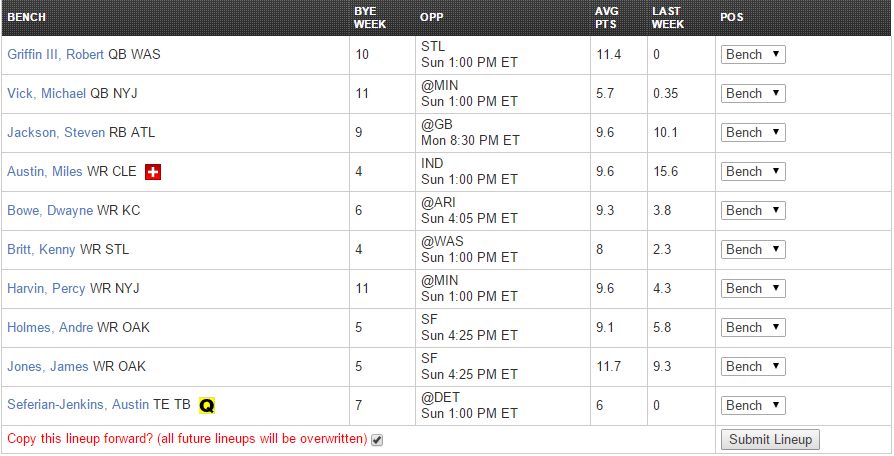 TIME TO BEAST THE CONSOLATION PLAYOFFS