BEAST DOME BUSTS OF THE WEEK

Going to switch up the format for BUST OF THE WEEK. While the two Weeks I have used Jamaal Charles, there have been other BUST Picks in my Rankings which would of changed the game. Jeremy Hill and Ameer Abdullah were owned every in Daily Fantasy Football League Week 2 over 25%, if you used them, you were DONE. 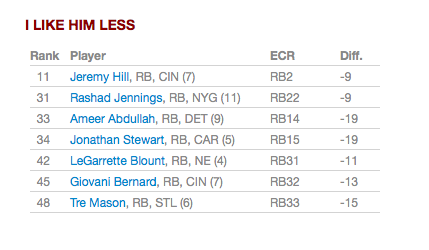 With the new format, we will take a Week off of video as I adjust to the new format. To make the cut on this BUST list below you must be a Top 5 Ranking Range at your position, or be a 1st/2nd/3rd Round in Pick in Standard Leagues, I present to you.

Does he have a bad shoulder? Is he 100%? Questions you never want to ask about your Starting QB who has yet to look like a fraction of the player you drafted. With no WR core outside of Brandin Cooks and Marques Colston, Brees and his fantasy owners are ready to hit the panic button. Instead of being brave and hoping Brees can tough it out Week 3 and go back to his vintage form on the Road against Division rival Carolina Panthers, who will do their best to remind Drew Brees he has a bad shoulder. Do yourself a favor and find a QB on the Waiver Wire or stream another option in Daily Fantasy.

What goes up at an angle, and goes down on an angle? The answer is a Hill. Jeremy is currently on the downward slop as the situation from 2014 is completely different than it is right now. Last season Jeremy Hill really sat on the bench for the most part and watched Giovani Bernard take a lot of hits early on in the season. Eventually those hits led up, and Giovani Bernard was too beat up to play. Right now the Bengals see a very fresh Giovani Bernard who will get plenty of snaps against the very tough Run Defense of the Baltimore Ravens.

While Jeremy Hill is not down and out, his Fantasy status while Giovani is playing this well definitely makes him questionable moving forward. BEAST DOME not only ranked Hill lowest in Week 2, but also for the entire season as this Bengals team is playing a different brand of Football than 2014.

What goes up, must come down. DeMarco Murray is still down and he will continue to be down for another week as he goes up against the, “Swarming Kamikaze” New York Jets Defense. The Jets are playing very fierce and if you think the Cowboys were able to penetrate that Eagles O-Line last week, just wait till you see what Wilkerson and that blitzing LB core is able to do. Sam Bradford will be eating dirt all game, and DeMarco Murray will need to borrow that new Powerful Tide from Darren Sproles to take out those grass stains all over that jersey.

There is light on the other side of the tunnel for Murray, a Hamstring injury on top of everything above means that light is still not in sight.

By the time Jameis Winston catches the snap, J.J. Watt and Company will be in Winston’s face. Jameis will not have time to get Evans the ball deep down field against the Texans pass rush, but most importantly. Evans is not completely the same WR. While he may say he is 100%, that hamstring injury is definitely lingering in his mind as you cannot read an article about him these days without mention of the hammy. The Texans will make sure Winston does not have time to throw those deep bombs.

While you could make a case there will be plenty of garbage time against a very overrated Seahawks Defense. You could equally make a case that the Bears are contempt on resting their star WR to get 100% healthy during the second half blowout. While Jay Cutler somehow playing after being reported at least two weeks by ESPN would give Alshon a small boost. He will still not be anywhere near that 3rd Round Pick you drafted him to be.

Martellus is usually locked and loaded as a Top 5 TE every week of the NFL season. This is a Week where it is best to go to your bench and find a different option. The Seahawks have Kam Chancellor back, which means the Bears middle of the field got that much smaller. You can guarantee Kam will be gunning for Martellus when he goes out for passes. The only thing that can save Martellus is garbage time, which is definitely a possibility, but something I would not count on. 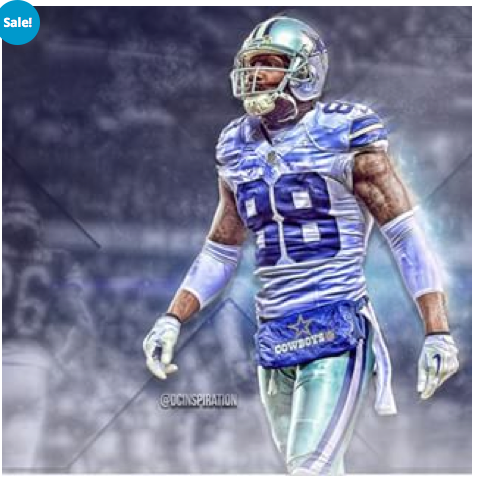 No Expert re-watches every game the next day. Then evaluates the matchups and puts out hand to paper Projections and Analysis anymore these days. While you may think you can do this yourself, I have been doing this for many years and I dedicate all the time it takes, even if it means watching the entire Rams @ Redskins game. The Price may seem high at $100 for Weekly Rankings, but you are paying for my time and expertise. Every Fantasy Site has their new Weekly Rankings out every Monday before the week is officially over. It takes me 3 Straight Days to re-watch and re-analyze all the situations to give you the best Rankings you can get.

While you can read what the Sheep put out Week after Week and find yourself owning Ameer Abdullah in Daily Fantasy Leagues in Week 2 where he is owned in 25%+ of leagues. Or you can play Jeremy Hill the consensus #2 RB and lost automatically. You can give yourself an advantage and use my Daily Rankings.

All of my Top 9 WRs scored Touchdowns last week

For the second Week in a Row I was featured on FantasyPros as ranking the next best thing at TE a Week before the Experts gave him love. Week 1 it was ASJ. Week 2 it was Ebron.

You get analysis on every player as well as Stat Predictions. You also have the ability to ask me about any player you want in the comments section.