RAWL FOR YOUR BALL (THOMAS RAWLS)

One Seattle RB has rushed for 100 Yards in a game through the first three weeks. That Seattle RB is not Marshawn Lynch, it is Thomas Rawls. With Marshawn Lynch going from BEAST MODE to BITCH MODE early this season, Week 3, sitting out the first goal line drive because he is not “loose” and sitting out the entire 2nd half, nearly all of the BEAST DOME NATION is feeling the pain. Not to mention his very lackluster performance on National TV against the Packers on SNF in Week 2, it is quite possible Marshawn has cost your team 2 losses early on.

While everyone this Waiver Wire Tuesday is jumping to Thomas Rawls, I am here to tell you he is not a special player. The guy is small and he does not break tackles. Yes he had a nice performance against the Bears in garbage time, and it is discouraging to see someone other than Lynch have so much success running the Football for the Seahawks, but at least that means there is hope for BEAST MODE to turn it around. The Hawks are going to keep winning games, and BEAST MODE will get it together as well.

Thomas Rawls did put on a good performance on paper, but if that game was any closer and Marshawn Lynch was out, we would have seen a lot more Fred Jackson who is getting more familiar with the offense week by week. Since the game was out of hand, it was the Thomas Rawls show and that will be his best performance all season, even if Lynch somehow does miss Week 4.

If your decision is between Fred Jackson and Thomas Rawls from this point forward or even Week 4 insurance, I would go with Fred Jackson. If you can add Doug Baldwin off the Wire and move Marshawn Lynch to your FLEX, that would be the best course of action. If you cannot do either and it has to be a Running Back and you are in a PPR league. I would add Theo Reddick over Rawls and Fred Jackson as insurance, at least you know he will catch 5+ passes with total yards should give you anywhere from 7-10 Points. That Fred Jackson/Thomas Rawls RBBC is more real than people think, Seattle played down to their opponents last week in the 2nd half and that offense continues to look horrible. If Thomas Rawls was facing the Detroit Lions, he would not have rushed for 100 Yards during that garbage time 2nd half. The Seahawks have all the talent in the world, but that play calling by Darrell Bevell becomes very hard to watch. 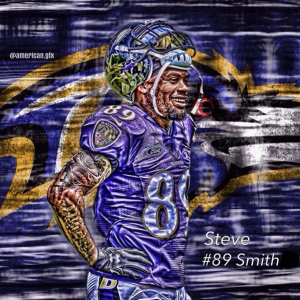