It is now or never at TE. There is one last TE on the Free Agent Market who will make an impact on your team. I mentioned him as a Free Agent add two weeks ago, and now you are at the last stand.

Austin Seferian-Jenkins. aka ASJ is not only the TE of today for Tampba Bay. He is the TE of the future, and the future future when it is just Mike Evans (BEAST DOME RANKED HIGHER than every site Preseason) and himself leading this squad. They do not make TE’s as big and agile as ASJ. Maybe Eric Ebron on Detroit who will one day have his role with the Lions, but ASJ is a Future BEAST who will be drafted as a Top 5 TE next season.  He is a TE #1 right now, ranking around the Jason Witten/Vernon Davis players of the league. Soon we will all see that ASJ is the next Rob Gronkowski/Jimmy Graham/Julius Thomas.

I have been watching him all preseason and when the Bucs finally moved Brandon Myers out of the way (right after the Bye Week) I told everyone to jump all over him. The window is closing and if you miss on ASJ now, you will never be able to find a BEAST TE on the Waiver Wire again. You will also never be able to tell people you owned this kid as a rookie. 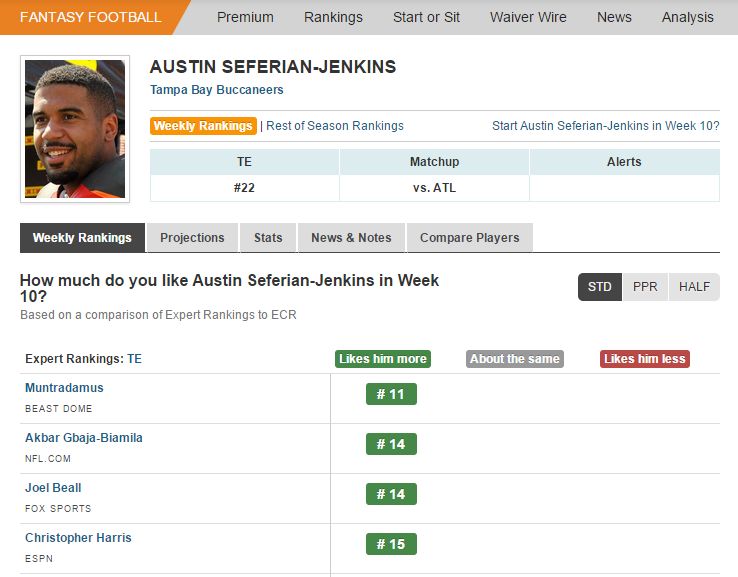