Speaking on Behalf of the entire BEAST DOME NATION.

This Preseason there was a lot of noise on Arian Foster in the media.  Hamstring/retirement/not playing during the Preseason.  Just hate among hate.

Goats did not know what to do but follow the herd.  Whose BEASTING now.

THESE EXPERT SITES ARE NOT 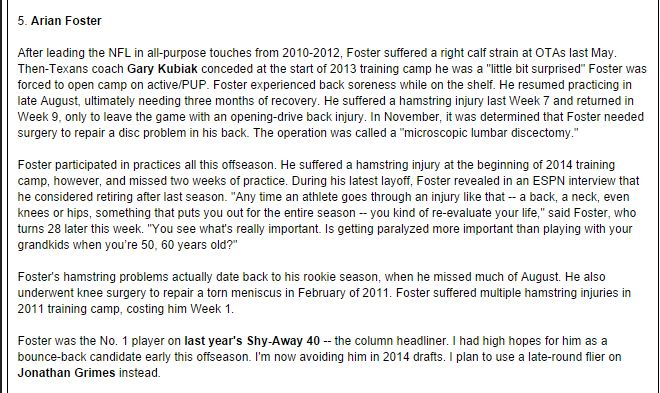 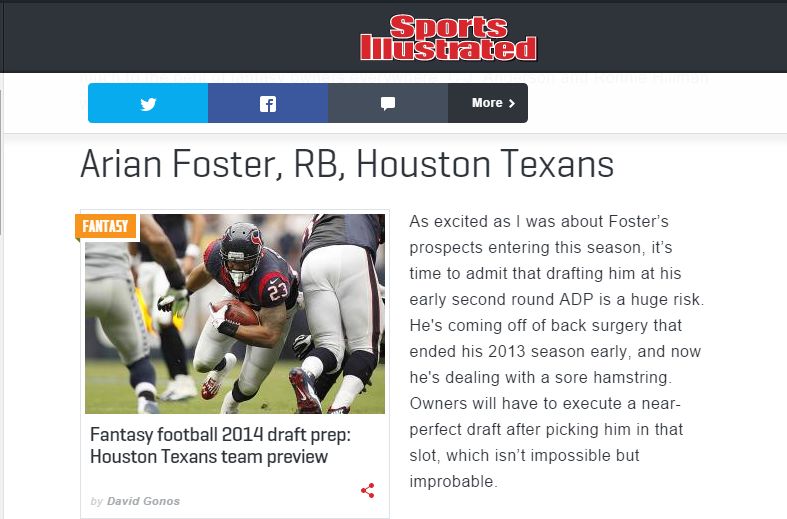 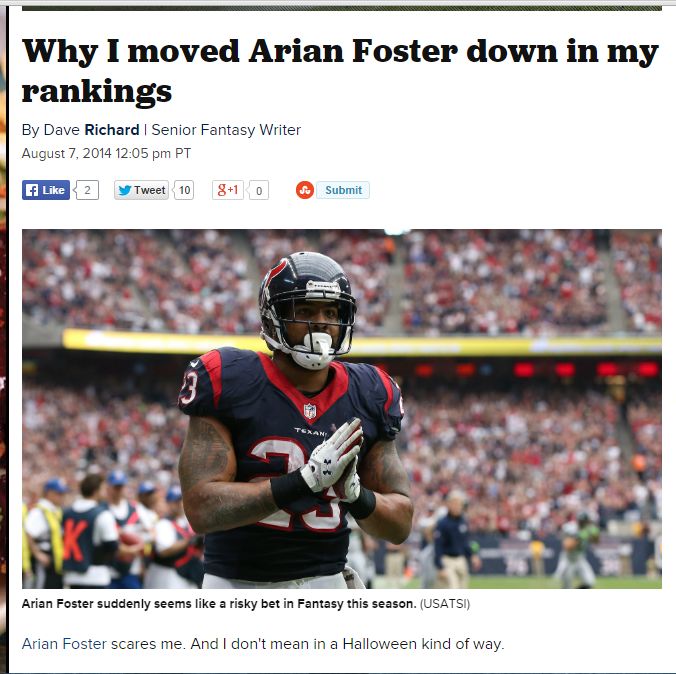 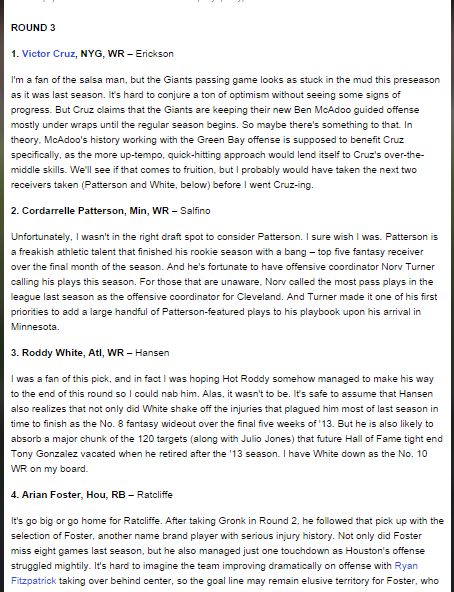 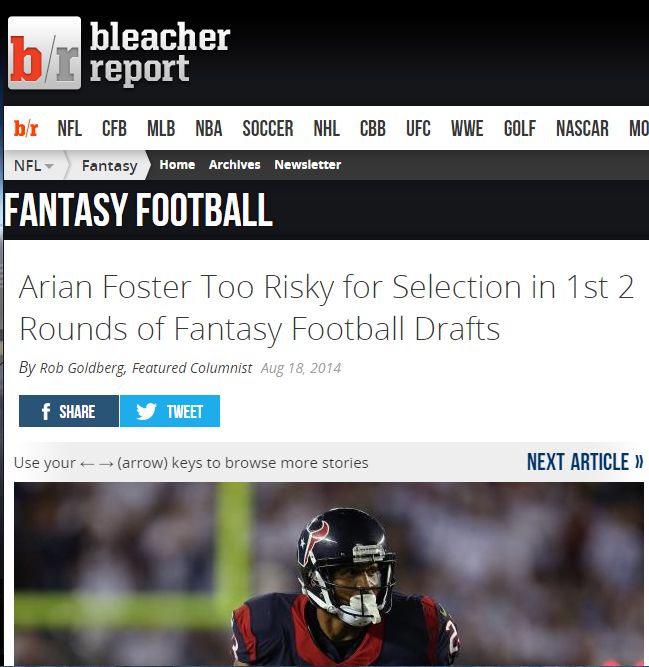 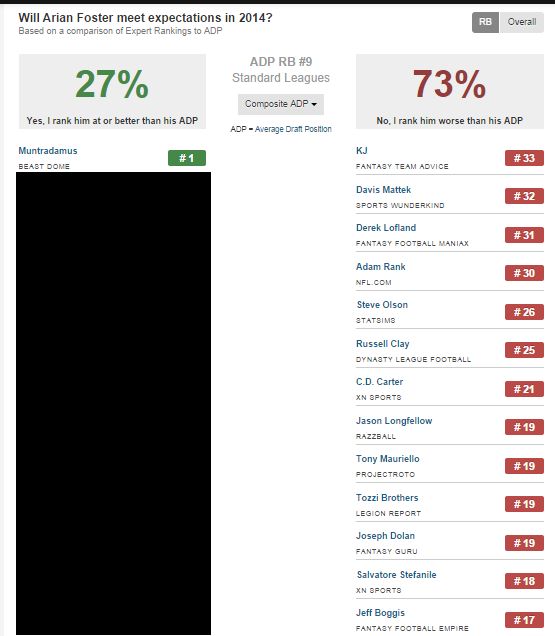 Yes that is right.  Arian Foster is the #1 RB on my Rankings.  I was telling you Arian from day 1.  I was telling you Arian through the entire preseason.  It is only Week 2, but is there really another RB you would rather own at this point?  You can trade Arian for the world if you wanted to.  You are not.  You are sitting on the BEAST as the Texans are the real deal.  Can you imagine if his 41 Yard TD was upheld instead of being a questionable review where it seemed like he scored anyways.

It is only Week 2 of the Fantasy Football season.  All of a sudden I look like I’m the one whose jumping on the Arian Foster bandwagon late. 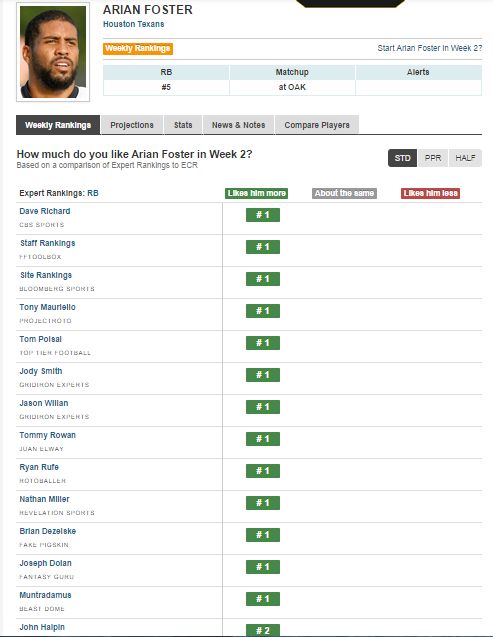 Not going to say the RGIII injury did not kill a lot of my teams.  It killed a lot of my teams.  I was still able to put up a couple dominant performances and save what could have been a, “Lose the whole house week.”  In the end still green on the year.  Below is the top scoring team. Not top money maker team.  BEASTHEDGE.com is coming soon. 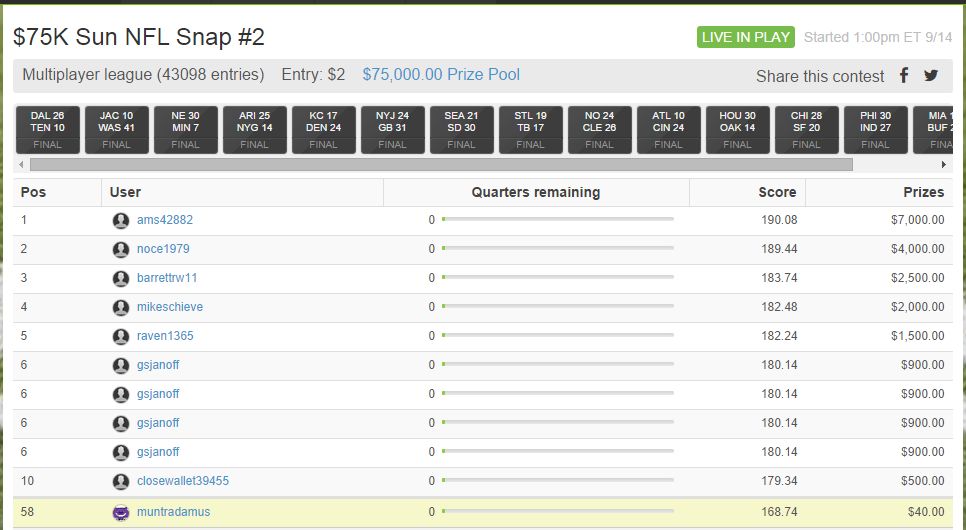 The Jeremy Maclin TD saved a lot of people a lot of money.  Despite everyone owning an injured Desean Jackson, everyone survived.  The biggest 50/50 Client of the group was able to survive the mess as well.  Everyone else went undefeated in 50/50’s by a smidge.  Yes Arian Foster was on the Team.  He will be on it again.

ANOTHER SUNDAY. ANOTHER DOLLAR.