Last season, every expert Ranked Bishop Sankey Top 25. I was the lowest on Bishop Sankey of any Expert in 2014 which paid off to all the VIPs as a clear avoid player. 2014 Recap. 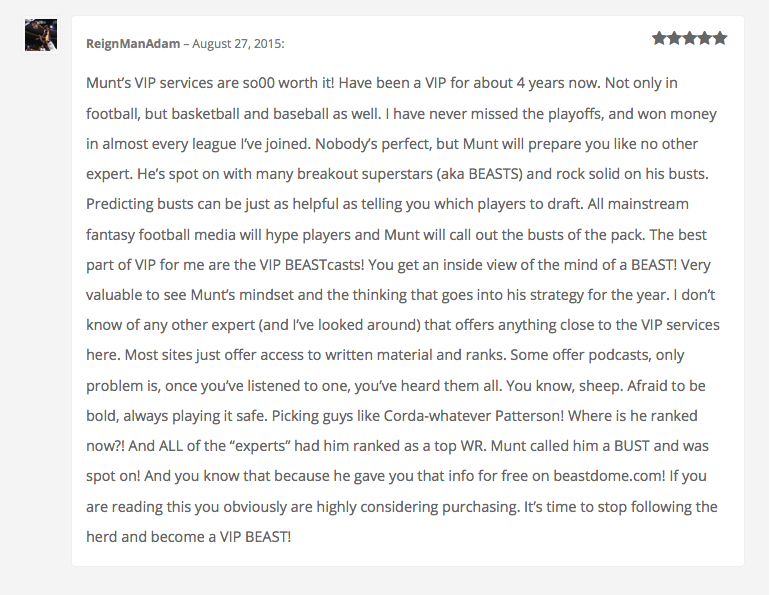 2015 was shaping up nicely for Bishop. No more veteran Shonn Greene, and all that stood in his way was Rookie David Cobb and the occasional Dexter McCluster. While the preseason was going very nicely for Bishop after a strong Week 2 against the Rams and their struggling defense, Bishop gave everything away, ‘Montee Ball style.’ A crucial fumble last night against the Chiefs, that was luckily recovered by his own player saved a disaster, but it is still a play that will carry into the 2015 Season.

While you may think a little fumble is not that big of a deal in the preseason game, especially when his own team recovered the ball. Everything else was a big deal. For starters Antonio Andrews was the clear Goal Line and short yardage Running Back. That is something that will get very annoying for Bishop Sankey owners during the season. The second issue is Dexter McCluster who is playing way too much and is way too effective when he is in the game. Dexter is a clear play maker, Bishop is nothing more than a change of pace RB who is getting the starting nod. David Cobb might not be a future superstar, but he is definitely a player that looks the part of a starting Running Back. He is much more physical than the tooth pick Bishop Sankey, who has a lot of trouble breaking tackles these days.

Regardless of who the Running Back is for the Titans, this is slowly turning into a 4 Headed Monster which is a situation to completely avoid this Fantasy Football season. Marcus Mariota is having enough trouble reading defenses as is despite have a very strong underrated WR/TE core. We will see if the Titans can get their offense flowing once the season hits, but right now this is a team that will struggle to be in shootouts, which is exactly the type of defense they are putting out on the field. Between the bad defense, the rookie QB, the uncertainty at RB. The only thing that is safe about the Titans is that they will have a Top Fantasy Performer every single week of the season.

The same round that Bishop Sankey is going, there are a lot of upside WR options that all the VIPs have in their back pocket for their draft. Unless you want to be a Sheep following the herd and taking garbage Running Backs like Sankey because you have to, signup for a VIP Package and get the Ultimate Draft Strategy that will have you BEAST your league.