Every Fantasy Site is telling you to take Le’Veon Bell in the 1st Round. Not only in the 1st Round, but a lot of experts are debating Top RB, and no doubt Top 3. If you do not think Top 3, then 100% all in on Top 5.

While Le’Veon was a BEAST amongst RBs to close out the season after LeGarrette Blount was released. You have to look at facts.

This season the NFL is ready for Le’Veon Bell. While DeAngelo Williams is a warm body, Le’Veon is the superstar who will get all the workhorse touches when he is healthy. The Steelers Offense remains 100% the same, but something is different.

The Steelers defense is a joke. Losing Troy Polamalu and not replacing him with a ready to go star is too big of a loss. Now teams will be able to control the clock against the Steelers easier than ever. Lawrence Timmons and Ryan Shazier have a lot more work to do this season.

With Le’Veon you have to look at the AFC North. The Bengals will be vintage again with Vontaze potentially healthy. The Ravens Defense is always tough but did lose Ngata and Ellerbe up the middle. The Browns are tough this season on defense now that they added Tramon Williams. Which will free up Donte Whitner to stop the run.

Let us look at it one step closer and really examine Le’Veon’s schedule. Assuming he has been suspended 3 Games. 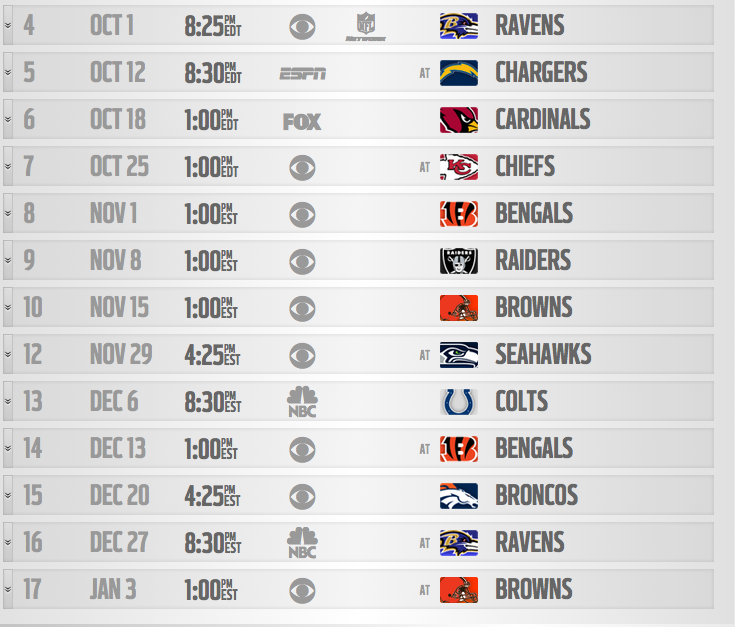 That is not a pretty schedule for Le’Veon. While there are some soft matchups here and there, for the most part Le’Veon will be taking a lot of hard hits this season as that is what the AFC North is known for.

He is going to be the man when he is healthy no doubt, but missing 3 games is very big as far as total Fantasy Points go. Then to have Le’Veon to go against the Seahawks in Week 12. He might as well be out 4 games. I can imagine a lot of Le’Veon owners in Must-Win situations as well in Week 12 after Le’Veon put them in an early hole. Only for Le’Veon to be a BUST that week and put a stamp at the end of the season.

There is no way I would lead my BEAST VIPs to taking a RB in the 1st Round who is going to start your team off 0-3, and then play out a tough schedule. Le’Veon is not in my Top 10. If the suspension is 3 games he will barely be in my Top 15,