A lot of people think the $100 for BEAST BASIC is a lot. If you have listened to my Preseason advice or just my thoughts on every team during all the BEASTcast episodes. You will be ready to BEAST during the preseason. I promise that the knowledge you learn during the Preseason BEASTcasts will not only help you in Daily Fantasy now, it will help you in the future during the regular season. Even if you listened to my opening monologue in the BEAST DOME VIP DRAFT GUIDE, You will hear me mention the Sleeper BEAST of Saturday Night in Brian Hoyer.A big reason that the BEAST BASIC is $100 this season is because of all the knowledge you will learn to win money during the Fantasy Football Season.

I have had 3 Clients who Qualified for 3 Major Fantasy Championships last year alone, and I am sure that there will be at least a fourth member this season. After a combined record in GPPs to start the season of (24-2) things are looking pretty for a BEAST season.

Don’t forget, when you signup with a BEAST BASIC ($100) Package. You also get $25 BEAST HEDGE Credit, which allows you to have a Hand in my Daily Fantasy Football Action during the regular season. More on the Packages Below. 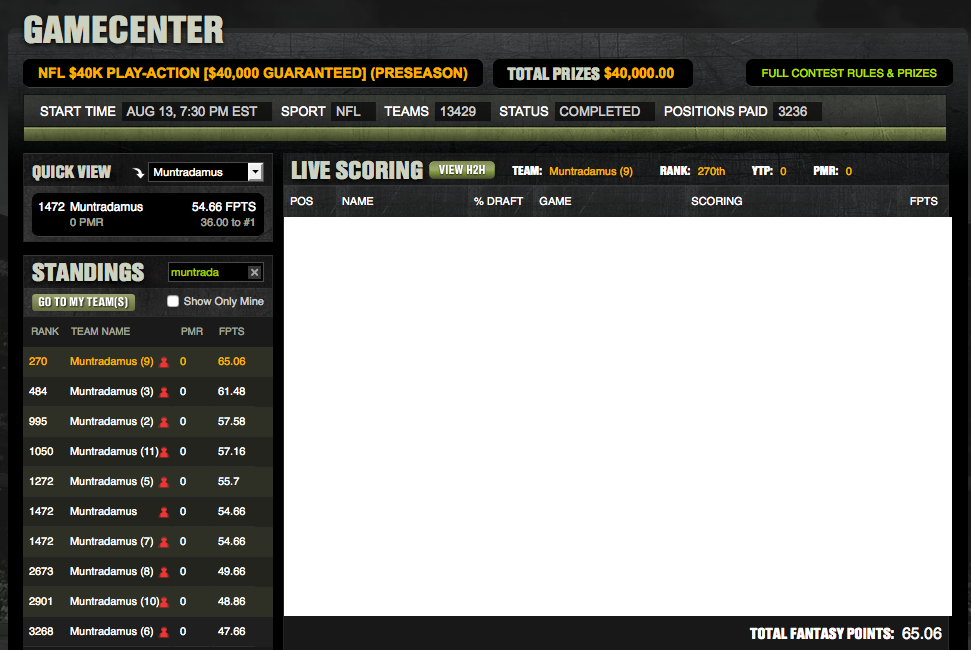 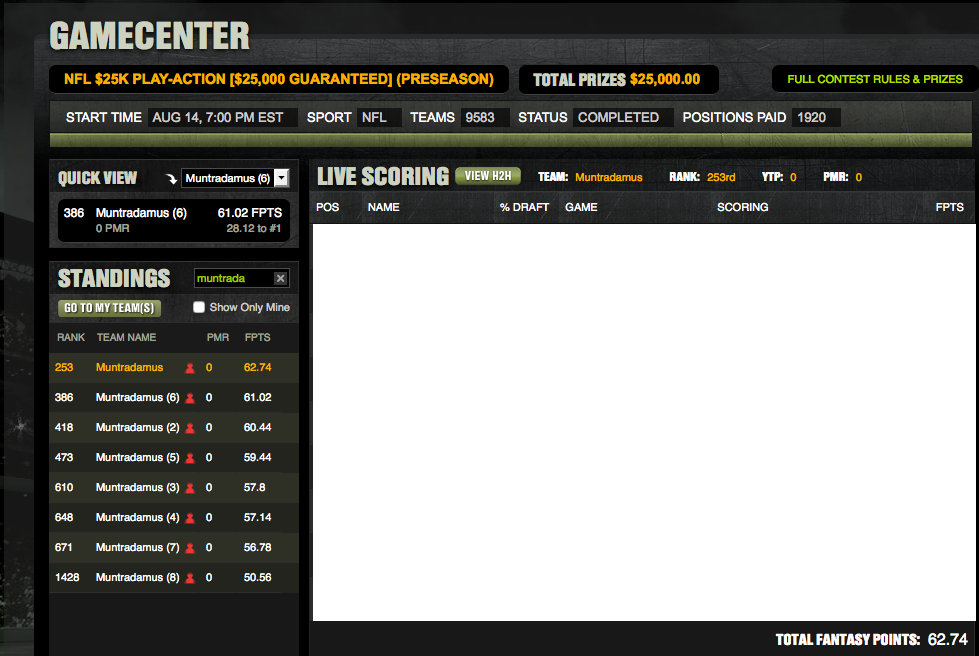 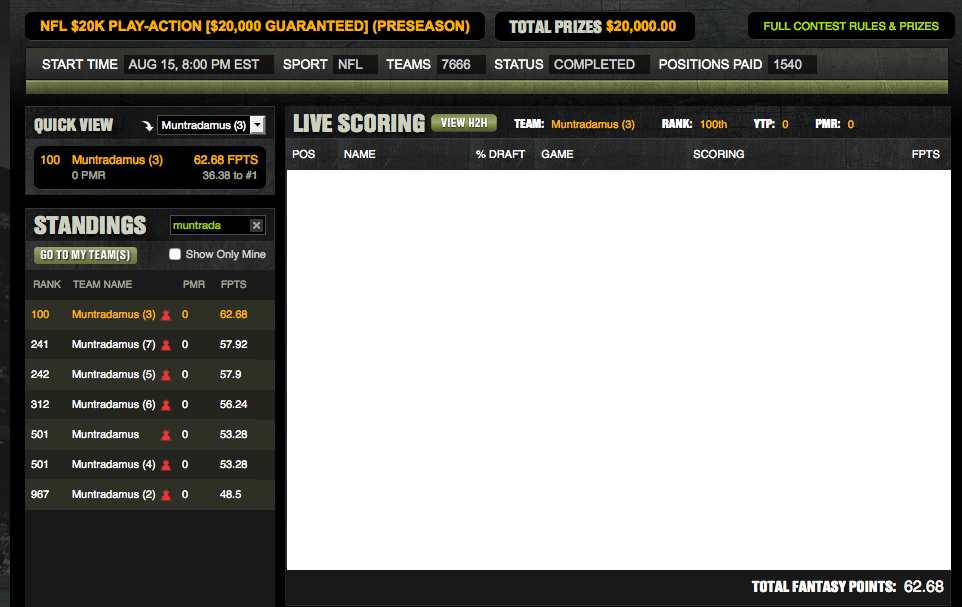