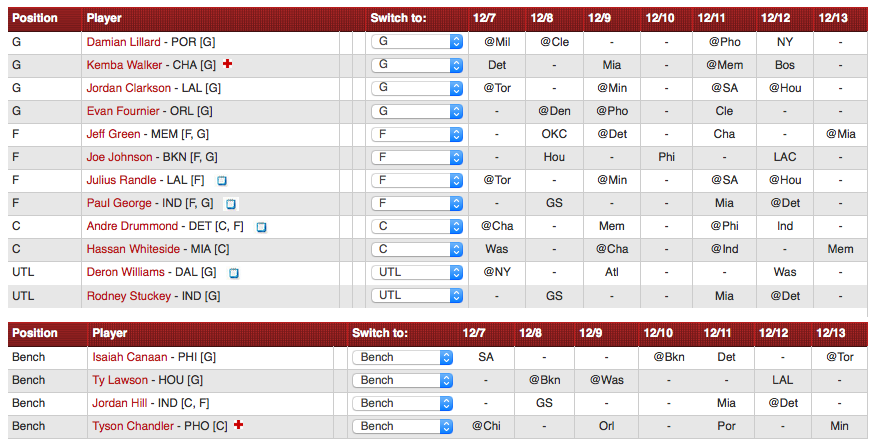 If it was not for FT%, TEAM BEAST DOME would be dominating. No it is not DeAndre Jordan who is killing me, it is the second coming and much better star in Andre Drummond. Drummond continues to brick Free Throws at an alarming rate shooting 37%. 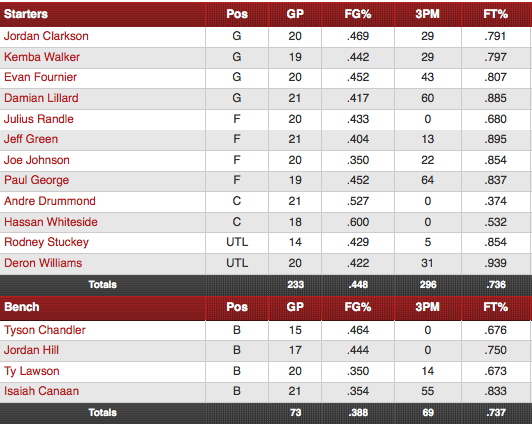 While I do what I can to stay in 2nd to last Place in FT% for my league. There are still global standings to conquer where each Free Throw moves you around the Standings. Hence the addition of Rodney Stuckey. 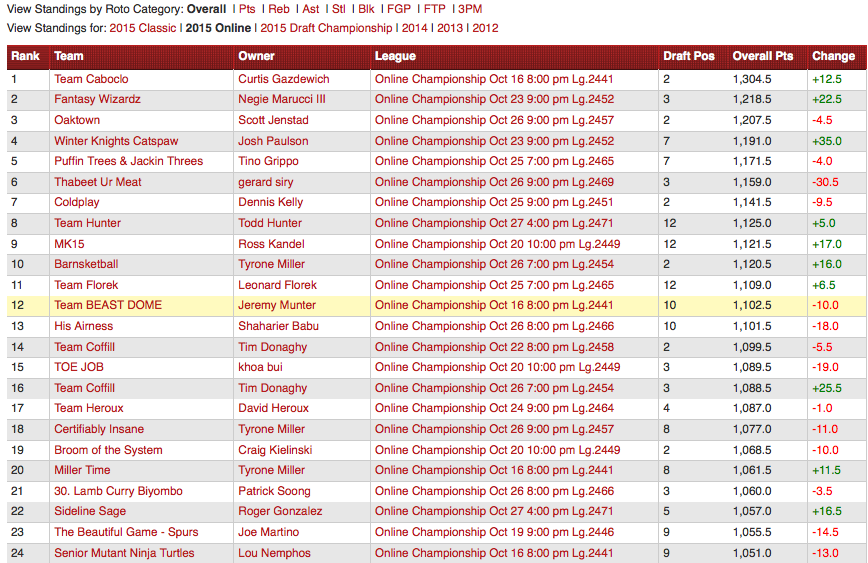 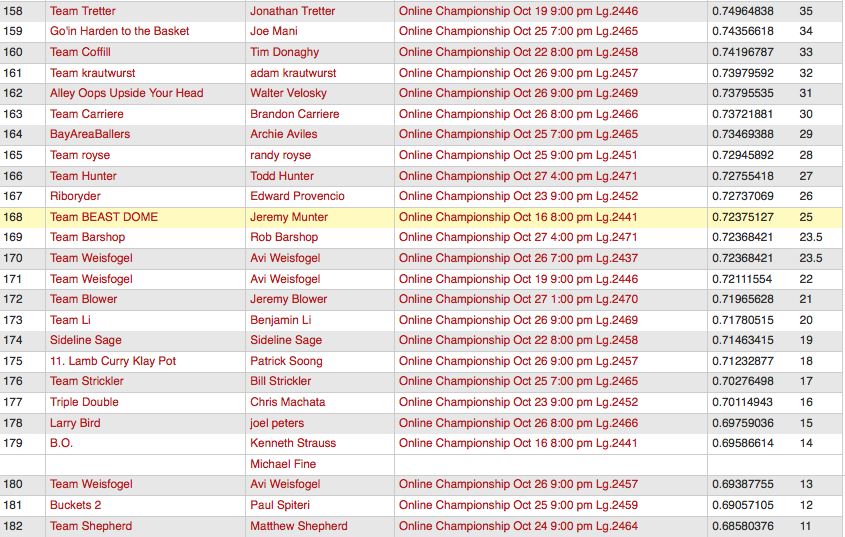 Those Free Throw Attempts and shooting them at 95%. Sign me up. Stuckey will have nice assist numbers from time to time. The reason you get him is FT% and Points. Everything else he brings to the table is extra.

Despite the dagger Drummond and even Whiteside are bringing in the FT% department. They are dominating Rebounds/Blocks/FG%. There is no doubt I would trade them for anything else.

#1 OVERALL TEAM IN MY LEAGUE & GLOBAL

All good things come to an end. While this was the best team in December, Team Cabocio is about to tumble out of position.

His Guard Play with Teague/Lowry/Steph/Rondo is dominant to say the least. Rondo will lose a little bit of value with Darren Collison now healthy playing like his vintage self. Rondo is still BEASTING.

His guards are carrying him so far this season.

Jerami Grant is all intangible stats. He is good, but he is also bench worthy. Thaddeus Young and Tobias Harris will always remain solid with big time upside. Ryan Anderson will always get his 3PT shots and everything else that comes with it. Nice uptick this season for value with Omer Asik being phased out of the team. The combo with Brook Lopez and Thaddeus Young is more than getting it done. Marcin Gortat is nice, but when Humphries and Nene are there it becomes a bit less safe.

Then it goes down hill.

Terrence Jones is losing value by the minute with Dwight getting closer to 100% and D-Mo now healthy. Jones is not even starting anymore thanks to Clint Capela. Ersan Ilyasova is nothing special and losses all of his rebounds.

No Bench and All Guards. Ryan Anderson had a HUGE November, once those numbers come back to earth his team will start the drop. One injury to a Forward or Center, and his team will crumble.

Rondo/Curry/Lowry are his consistent BEASTS.

Who would you rather have in the end.