Fool me once. Shame on you.  Fool me twice… 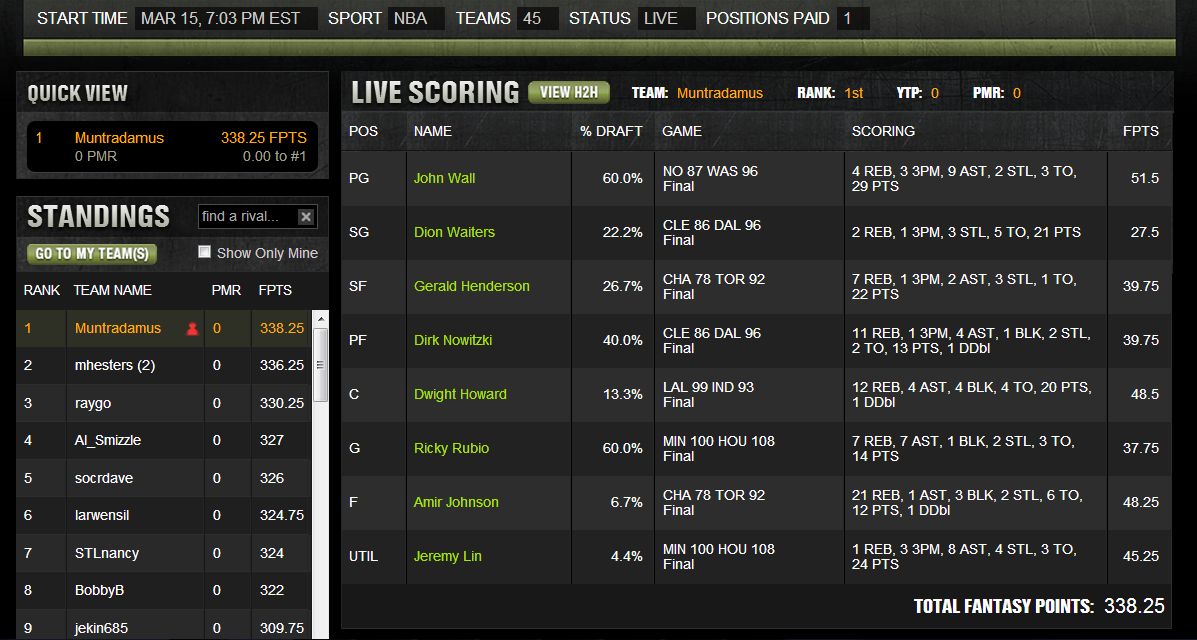 But the fun did not stop there.  One of the V.I.P #2 Members (Buckeye) decided to take his chances in a 200 person tournament with the Daily Rankings to win a spot. 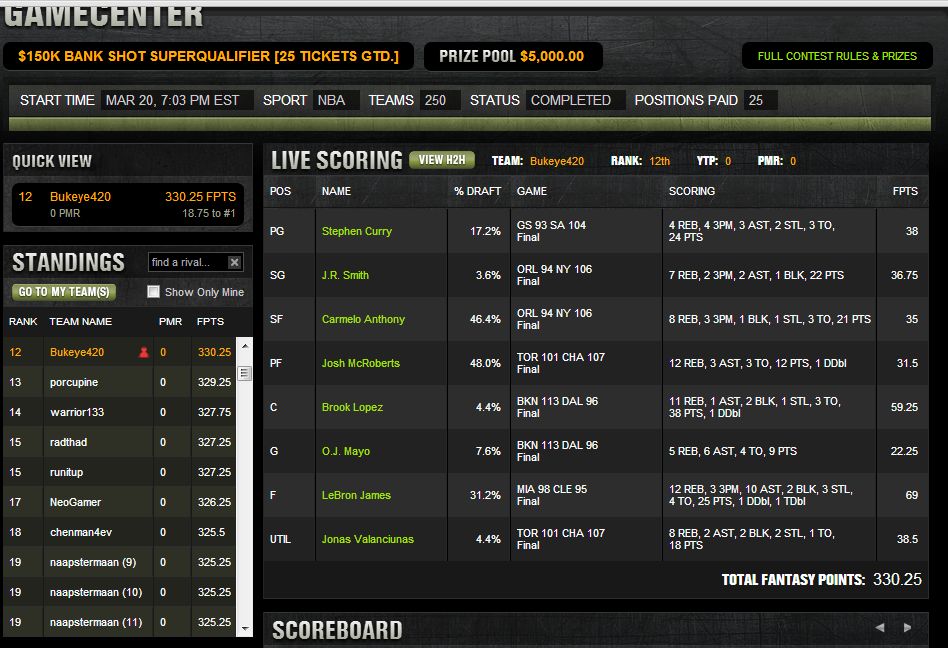 For all of you fighting for your championship, feel free to leave a question below.

To answer your question.  No I will not be using Carmelo Anthony.