Living Young and Wild and Faried

Daily Fantasy Sports is my life.

I devoted my entire life to being a BEAST in Daily Fantasy Sports. I moved away from my Family and Friends to live in Las Vegas to be on the pulse, and isolate myself from the world. I cannot even tell you what is happening around the world outside of what is happening in the World of Daily Fantasy Sports. Is there a war? Is there ebola? Is there a celebrity floodgate that was opened?

What I do know is what you don’t know.

That is How Daily Fantasy Championships are made. 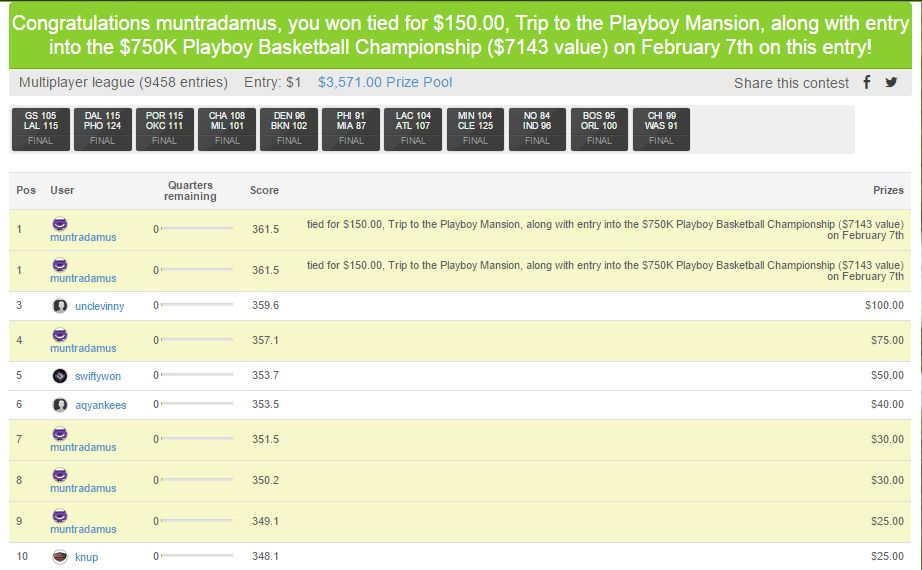 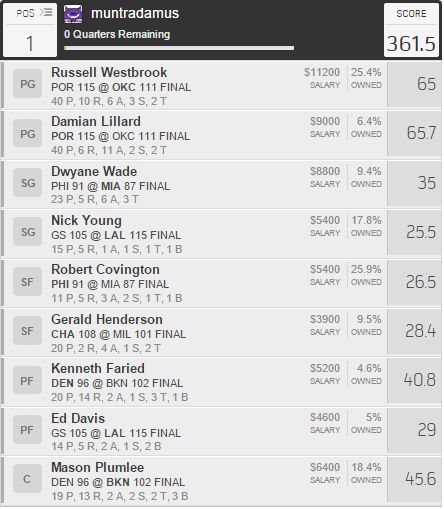 I am opening up a X-Mas BEAST HEDGE. You can enter by following the links below for as little as $25.

Tournaments are posted on BEASTHEDGE.com and are viewable all Christmas Day. I will be updating the site all X-Mas after every single game. I will be playing for over $500K in Prizes easily on X-Mas Day.

*More on this coming next week*

With the Victory tonight, I will add the FanDuel NBA Championship into the BEAST DOME HALL-OF-FAME. This marks the 3rd year in a row I have qualified for a Daily Fantasy Basketball Championship in the Three Years a Championship has been available.