Keep Your Guard Up

The Fantasy Basketball season starts in 8 days.  That means your time is running out to be part of the VS. THE MACHINE competition where you have a chance to win 20×1 odds by beating 9 computer teams.  I highly recommend doing it, as well as adding a VIP package to it.  You can learn more about the competition by clicking the Link, as well as rules and how to sign up. 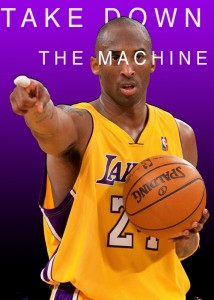 This article is intended to get you ready for the Busts this season at the guard position.  Coming soon is the Draft Guide Vol. II.  My Guards rankings as of now are listed below.

Parker was amazing last season when the Spurs needed him most with Manu out for a majority of the season.  Now that Manu is back, Parker will take a backseat to being such an aggressive scorer.  The thing about Tony is he will get you 6-8 assists per game, but besides scoring and getting assists, he kills you in every category.  He cannot make a 3PT shot, his FT% is below par, and he does not get steals.  I would avoid him in fantasy.

The Kings are one of the most stacked teams with talent all-around their roster.  Between Isiah Thomas and Aaron Brooks at the point, to Marcus Thornton at the 2, and Tyreke Evans finding whatever roster spot he can.  The Kings offense used to go through Tyreke, those days are over now that Marcus Thornton has proved to be a way better shooter.  Thornton is the #2 option as DeMarcus is the clear #1.  Does not seem like there will be enough consistency out of Tyreke to justify taking him high in any draft.

Jerryd Bayless joins the Grizzlies this season, and that just adds a lot of confusion to a Mike Conley type of player who is losing his assertiveness in this offense.  Now the ball goes into Rudy’s hands whenever they can, or drop it off down low to big Zach Randolph and Marc Gasol.  Conley is not going to score a lot of points in many games, his assist numbers will likely be in the 6 range as well.  I would much rather have Jameer Nelson who will be counted on for solid production.

The 76ers are the most stacked team at the SG/SF spot (Richardson/Wright/N.Young/T.Young) that there is no way you can expect consistency from Dwayne Wade version 0.5.  When Turner is on his game, he will fill up the stat sheet in odds categories you would not get from other players.  On the flip side there are going to be a lot of games where he leaves you with bench materials.  I would avoid the inconsistent potential.

Jeff Teauge is far from an impressive NBA player.  His jump shot is nowhere near the best, and he does not rack up a lot of assists in any games.  On top of that he will give you a steal and a 3PTM to hopefully go with 10 Points/6 Assists.  To make matter worst, Devin Harris is now on the Hawks this season.  They also signed Louis Williams and Anthony Morrow to play the SG spot.  This is looking like a crowded back court situation to avoid.

Muntradamus is a Fantasy Sports Expert who specializes in Fantasy Football/Baseball/Basketball. He is currently in his first season as a Pro on FantasyPros where he is the only expert to have Adam Dunn, Mike Aviles, Mark Trumbo, Ian Desmond, Jarrod Saltalamacchia, and Wilin Rosario in his top 20 at each position. Muntradamus not only leads many to championships with his great advice, and outlooks into the future. He is also consistently on the top of leaderboards in DraftStreet. He was also the #1 Fantasy Football Expert of IDP & Overall Rankings, first time in Fantasy Sports History.  To check his Preseason Fantasy Football Rankings Click Here.