The Grizz are one of the most interesting teams in the NBA. It is basically Mike Conley + Marc Gasol with a lot of guys that would be role players around the NBA. Someone that is really standing out is 1st Round Rookie Jaren Jackson Jr. The 19 Year Old #4 Pick is doing everything for this team from rebounds + Defense to 3 Point Shots and being among the scoring leaders of this team. The Grizz are still playing great defense despite their team re-model and they proved it by holding the Jazz to 82 Points. Memphis is not a playoff team, but they are proving to be a team that is better than they look. Mike Conley and Marc Gasol are still the heart and soul of this team, and they should be able to school the young duo of DeAron Fox and Willie Cauley Stein aka WCS.

The Kings have a great group of young players and play as a very deep squad. From starters Fox/WCS/Shumpert/Bjelica and Hield. To a bench featuring a handful of 1st Round Picks. The Kings have a good young core, but they might not be ready to beat veteran teams. The Kings did recently spoil Russell Westbrook’s home debut on Sunday, so they are showing they are not a team you can sleep on.

Lakers need this game bad, starting 0-3, Kobe is starting to make jokes he will join the squad. LeBron James needs to take over these games and starting being the vintage LeBron that carried Cleveland on his back last year when Kevin Love was injured. The Suns do have a great defender in Josh Jackson who will need to see the court in order to stop LeBron, as well as Trevor Ariza. With LeBron likely seeing plenty of double teams and tough assignments, it is on other Lakers to step up big. Down low Javale McGee is not going to do anything when Tyson Chandler checks into the game. He will likely do little with DeAndre Ayton as well guarding him. Lonzo Ball will need to put up a big game against his light skin brother in Devin Booker and Kyle Kuzma can join the light skin crowd as being a productive offensive player for this team. The real X-Factor is KCP and Josh Hart, both those guys can make it happen, KCP has yet to do anything but these role players need to step up in a big way if the Lakers want to pick win #1 tonight.

The Suns are starting to play some strong basketball and they have a very good team. With TJ Warren and Josh Jackson coming off the bench, their 2nd Unit can be just as productive as the 1st unit. Devin Booker is making it rain as always, and KCP is not a good enough defender to really stop him at all. People like to say KCP is good at defense, but he is just too aggressive and that will not work against an All-Star. DeAndre Ayton should get McGee to jump on any pump fake he throws him. With key role player shooters in Ryan Anderson and Caanan, the Suns have some good pieces to make some big moves.

The Warriors are running and they are looking like the team that is going to win the NBA Finals once again. Steph Curry and Kevin Durant are both looking like MVP candidates, while Klay and Draymond are struggling. Despite that, the Warriors are 3-1 and looking to push that to 4-1. Going up against the hungry Wizards, it is time for Steph Curry to prove he is a better PG than John Wall. Both are in the same boat with overall talent, and many could argue if you replace Wall with Curry on the Warriors, the Warriors are just as good if not better. That matchup will be great to watch. Klay has to get his stroke going, maybe seeing Bradley Beal make all his shots will get his shots on. Klay will likely have to guard Wall as Steph and his defense cannot handle that task. Draymond Green has proven time and time again, he is not a good player. He is in a great system that has allowed him to get strong numbers, but his talent is below average. I can point 10 or more 6’9 guys who are better rebounders/defenders/shooters. All Draymond has to do is play defense and pass, and tonight he faces Markieff Morris a player who is definitely better than Draymond. Look for the Wizards to test Markieff early and see if he can beat Draymond one on one. Draymond has a good opportunity himself to have a good night as the Wizards are without a true big man with Dwight Howard injured, lowering the playing to allowing Draymond to be one of the bigger guys on the court.

The Wizards are going to rely on John Wall driving and dishing, or finishing since the block shot presence might be gone if the Warriors decide to play small. If Wall passes, it will be for the Beal 3 or Marieff to beat Draymond one on one. Otto Porter and Kevin Durant is the matchup that everyone wants to watch. Otto Porter is arguably one of the best defensive SFs in the NBA, he will match Durant pretty much inch for inch and pound for pound, that will be a great matchup. Look for the Wizards to try to run small tonight and play a lot of Kell Oubre who can do a decent job guarding Durant as well.

This game has all the makings to be one of the best games this NBA season, if it was in Washington life would be much easier for the Wizards instead of playing in in ROARacle Arena.

BONUS 1 MONTH OF NBA DFS when you Purchase

On top of it all, you get my Daily Fantasy Lineups for all Slates. 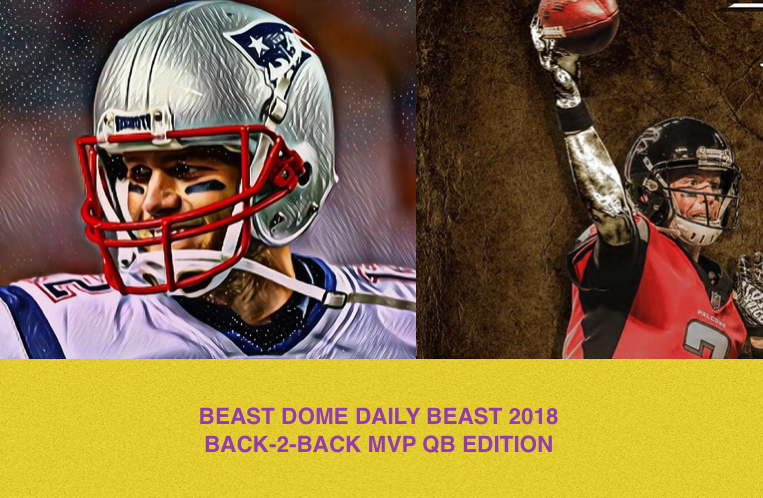 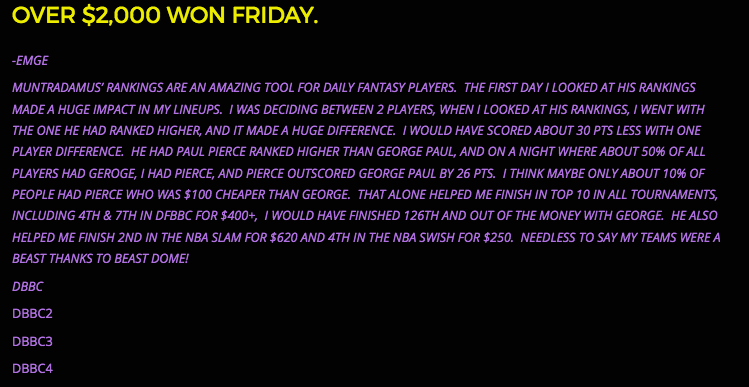 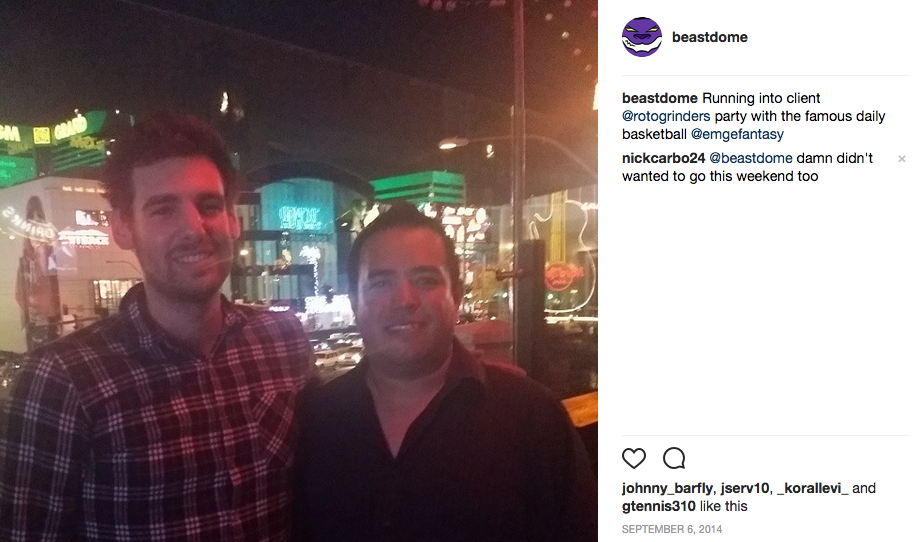