Fantasy Baseball is not a sprint, it is a marathon.

While you never want to be in the back of the Standings at any point, the season is far from over. 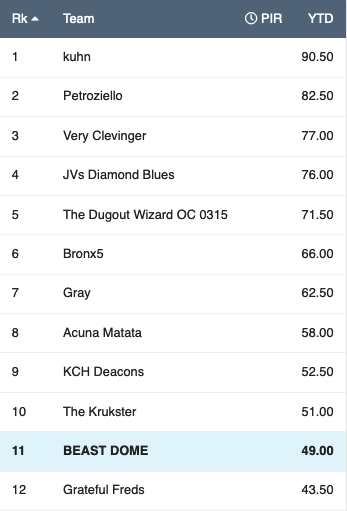 Last week we talked about our SB problem, we did not have a single SB heading into last week. Now we are another strong week away from being right back in the thick of the race.

This week we are going to be talking about pitching. 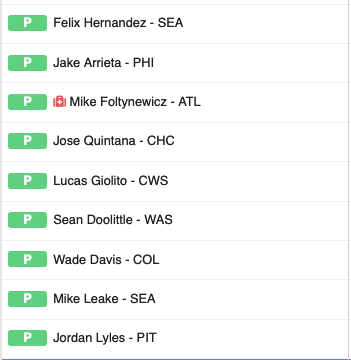 Unfortunately because of the small roster size, I had to drop Touki earlier in the year.

If Touki Toussaint is on the Waiver Wire, do what you can to snag him. He is an obvious grab, everyone will be fighting for him.

However what if you cannot get Touki? Here are 2 Pitchers that can help you Short-Term (Next 2 Weeks) and should be owned in all Leagues as Stream options.

The King is back! While King Felix will of course never be the ACE he once was, he is still a Legend in his own mind and everyone still refers to him as the King. Despite one shaky start where he went out there with a stomach virus, Felix has been nothing short of Vintage. He has a tasty matchup against the Angels this week, then he pitches in San Diego.

After those two easy matchups, King Felix will likely be pitching twice. The Mariners are giving the man run support, and Felix is giving us no reason to doubt him early on. Ride the King.

Giolito is a 1st Round Draft Prospect. The Nationals traded him away to the White Sox in order to acquire Adam Eaton, and now Lucas has the chance to move as the Staff of the rotation. This week he has an easy matchup against the Royals, at least on paper. Even though the Royals are hot, Giolito has pitched well against that squad his enitre career.

The following week, Giolito gets two nice matchups against the Orioles and the Tigers. Both teams he matches up very well on paper with, and the White Sox have potential to win all of his upcoming starts.

After that, Sell High on Lucas.