I have explored the entire Spring Training games up to this point to bring you the 2013 Fantasy Baseball Hitter Rankings.  There will be content daily as we approach the 2013 season, which include Sleepers/Busts and the Top 300.

The Fantasy Baseball Season may have not begun yet, but that doesn’t mean I can’t claim one of the First Spots in the DraftKings 150K Tournament on April 12th. 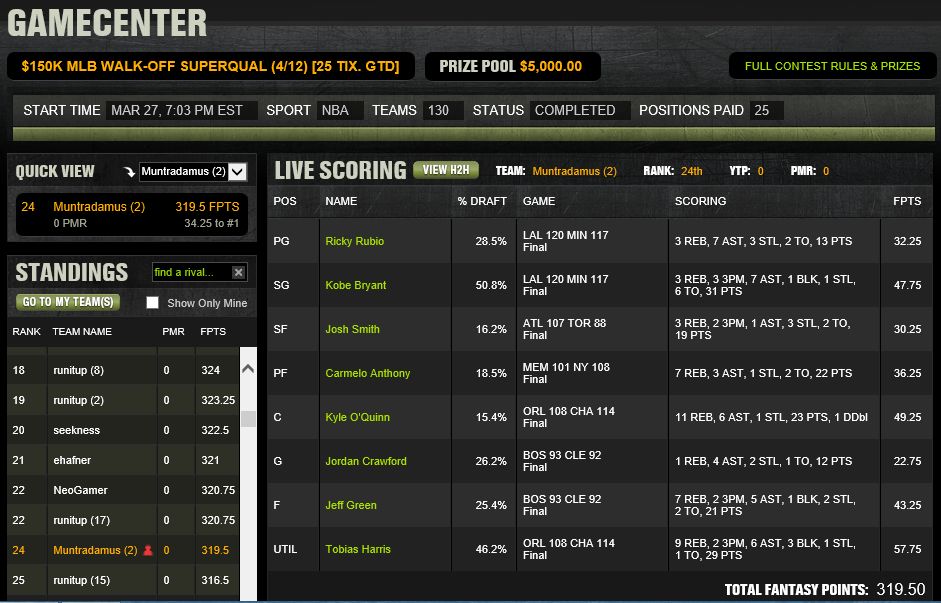 Check out the V.I.P. Packages as there will be plenty of reason to want to take your Fantasy Baseball Game to the next Level.

*All Notes are from the opening days of Spring Training*

Fantasy Baseball Rankings powered by FantasyPros
Muntradamus is a Fantasy Sports Expert who specializes in Fantasy Football/Baseball/Basketball. He is currently in his second season as a Pro on FantasyPros coming off of an impressive Rookie Campaign where he landed the #10 Overall In-Season Fantasy Football Rankings Expert.  Which also included #1 WR of all Expert Sites.  He is also one of two people to qualify for all DRAFTSTREET CHAMPIONSHIPS in 2012. Most Historically, Muntradamus was the #1 Fantasy Football Expert of IDP & Overall Rankings in One Week, first time in Fantasy Sports History.
March 28, 2013
Facebook Twitter LinkedIn Tumblr Pinterest Reddit VKontakte Share via Email Print