Once again, new content Daily to get you ready to BEAST your Fantasy Baseball League.  If you really want to BEAST your fantasy league, you will join the VIP Program for only $10 to FanDuel through the Links below.  If you want anything like the Catcher Rankings on a Daily Basis, and all of my sleeper picks laid out right in front of your eyes.  The VIP Package is only a Click Away. 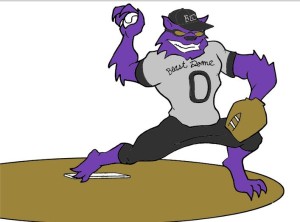 $1.  That is how much that Hector Santiago Rookie Card goes for on Ebay.

In Fantasy Baseball, the RP/SP position is a very coveted position in a lot of leagues.  The team that is able to find the sleepers at this position is the teams that have a huge advantage during the season to maximize starts.

Despite the tag, “Sleeper RP/SP option.”  Hector Santiago is good enough to be considered a good Starter on your Fantasy Team.  With the Chicago White Sox, he was going 6 INN/2 ER/6 K more often than not.  Being on the White Sox, he never got any publicity and his team never gave him run support.  When they did, his bullpen would usually blow the game.  Now, Hector Santiago travels to the West Coast to a Winning team, the Angels.

Last season Hector Santiago owned a 3.56 ERA to go with a 4-9 record in 23 starts.  That is what you call a good pitcher on a really bad team.  If Hector Santiago puts up those numbers with the Yankees or Tigers, he wins 15-20 games.  Santiago is an electric left handed pitcher who was really finding his groove to end the 2013 season.

Moving to the Angels helps in many ways.

1) He will get more run support.

2) He will have a real bullpen to protect his leads.

3) He will actually be pitching with a Lead instead of battling in low scoring games.

Josh Hamilton and Albert Pujols are due for bounce back seasons.  When they get it going with Mike Trout, this team is nearly unstoppable.  If Hector continues to pitch like the stud we know he can be, you have yourself one the steals of the draft.

Signup for the VIP program for $10 to learn more about all the sleepers in this years draft and who to target.