BIRD IS THE WORD

First of all, I do want to reiterate that I fully believe in Chris Carter and his ability to potentially lead the major league in Home Runs. The Yankees will find playing time for Carter, whether he faces lefties exclusively (which will still be fine in the long run) or he platoons with Jacoby Ellsbury/Brett Gardner in the Yankees lineup. Matt Holliday the current DH can always play in the OF.

Brett Gardner does not hit lefties well at all, Jacoby Ellsbury needs off days, Yankees just want to keep him healthy. Same goes with Gardner in that regard. What will hurt Chris Carter’s consistent PT for at least the start of the season, will be the development and production of Rookie Greg Bird.

Bird is no doubt the Franchise Yankees 1B option. Teixieria was basically kicked off the team by the middle of the season so the Yankees can start the development of Tyler Austin and Greg Bird. Tyler Austin is now out for the season, while Greg Bird is battling back from off season shoulder surgery.

What we have seen from Greg Bird early this spring training is one thing.

He is the real deal.

He is slashing the ball at a near .400+ clip so far this Spring, granted that he is seeing mostly fast balls right now. Still, he is showing he is the real deal as well as some big time potential pop. If his progression continues the way it appears, we have ourselves the very next Joey Votto.

Someone who can hit .270+ with power in the middle of the Yankees lineup in soft ball field Yankee stadium. Sign him up.

He is a steal on draft day. Do not be surprised to see 30+ HRs and 100+ RBIs for a guy who goes at the end of your draft. Pair him with Chris Carter at 1B and you have two guys that can combine for an easy 70+ HRs at the end of the season, once again proving all the people who take Paul Goldschmidt in Round 1 are PURE sheep. 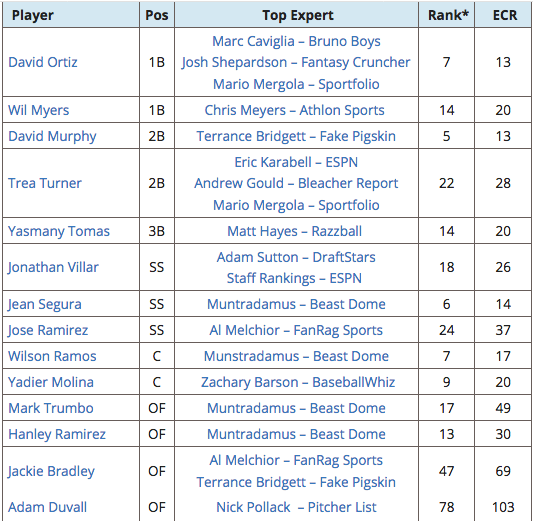