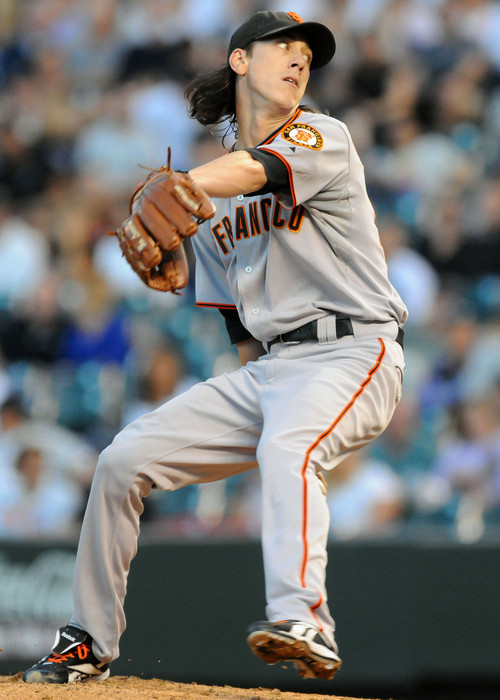 Because of my poor predicting over these past two days.  I have taken this article to the next level.  Each pitcher gets analysis behind their name, you will learn something.  An update, the BEAST DOME NATION chat should be re-stored today.  We can all breathe easy again.

*BY Position. (Coming into today)

*All totals are for the Week.

Morrow has only given up 1 ER in his last 21.2 INN.  The A’s offense is doing pretty well right now, but when fire meets fire.  I like Morrow to win the battle.

Bedard has been outstanding all season, and he showed it again racking up 20 Ks in his last two road starts against the Braves and St. Louis.  The Nationals are nothing compared to those teams, and I expect Bedard to continue to dominate.

Lee is not only coming off the DL, he is coming off a 10 INN, 0 ER, 7 K start against the Giants.  Lee will look to continue momentum against a team that does not have any lights out hitters.  David Wright is semi-hot, but all he can do is hit doubles.

The Giants have no big-time hitting threats outside of Buster Posey, and Billingsley owns a 1.38 ERA at home this season.  I see a great start in Chad’s future.

Smyly has been brilliant all season with an ERA at 1.61.  He is the Lance Lynn of the AL, and he should dominate a Mariners team that may not have many weapons that will be ready for him.

Peavy has been nothing short of amazing so far this season, but so has the Indians offense.  I still like Peavy to throw a good game, despite coming off of his worst start with 3 ER in 7.2 INN against the Tigers in Detroit.  The Indians offense is hot all-around, and this will not be an easy start.

Santana is hot, but the bad news is the Twins are heating up as well.  In Ervin’s last start he had 10 Ks in 8 INN to go along with 3 ER.  He did end up with the loss, and that has a lot to do with how poor his run support has been.  How poor you ask?   In his last 5 games, 0 runs the Angels have scored for him.

Cueto has been spectacular giving up 3 ER in his last 29.1 INN.  Milwaukee only has one super-hot bat in Braun, but Cueto’s hot arm should be able to beat that.

Greinke is much better at home than on the road.  His K average nearly doubles to over 7 a game, and his ERA is elite at 1.80.  The Reds have some hot hitters, but Greinke will look to show that stats hold true.

Lincecum has been better of late with an ERA of 2.00 in his last 3 Starts.  The Dodgers offense has not been all that impressive lately, so there is a good chance we get a QS from Lincecum in this one.

He may be one of the biggest surprise names to be doing well.  Nobody gave Ross a chance, but so far this season his worst start was 3 ER in 6 INN.  Pittsburgh does not have the best offense, and it seems as if Pedro Alvarez is done tearing the cover off the ball.  You should get a QS from Ross tonight.

Maholm owns a 1.49 ERA in his last three starts.  He is also a lefty which is key to slowing down the Braves sluggers such as Heyward and Freeman.  If Maholm keeps pitching as well as he is, this should be a great start and amplify his great pitching as of late.

Lester has been inconsistent this season, but if there is one thing that will always work in his favor.  It is the fact he will always get run support.  Lester may have trouble, but should escape with a W.

The matchup does not look good on paper, but Vargas owns a 1.37 ERA in his two home starts.  The lefty will have to deal with a hot Prince Fielder, Andy Dirks, and Austin Jackson.  Two of those three batters are lefty so Vargas should be fine.  He beat Detroit earlier this year with 4 ER in 6 INN and 4 Ks, on the road.

Jeanmar has been a decent surprise so far this season with an ERA under 3.00.  He slowed down the Rangers to 3 ER in 7 INN in his last start.  I expect Gomez to have a bit more trouble against a hot Adam Dunn and A.J. Pierzynski, there is a lot of risk.

The wheels are starting to fall off for Kyle who owns a 4.90 ERA in his last two starts.  Arizona has not been a very hot team against starting pitchers, so if all goes to plan Lohse should escape this one with a W.

This once was a good matchup, but with the way LaHair and Castro are swinging the bat.  This may not be an easy start at all for Hudson who gave up 6 ER in the thin air at Colorado.  You could take the chance, but just know the middle of the Cubs lineup is hot.

Pavano gave up 5 ER in his first starting against the Angels this season.  Since then he has calmed down, and the Twins look like an okay team again.  Scott Diamond was able to throw a shutout against the Angels, which means Pavano should not have to do much to throw a good game.  Not a good start by using Pavano, but you could do much worse.

Johnson just cannot get it together this year.  He has given up 11 ER in his last two starts to San Deigo and AZ, so I will personally look the other way when considering him in this one.  Carlos Lee is a lifetime .500 hitter against Johnson and will look to do some damage.

With Bass you know you are going to get Ks as he has 34 Ks in his last 29.1 INN.  What you do not know if is he going to be able to cool down the heating up Tulo, and maybe the 2nd best OF option Carlos Gonzalez.  Not a good situation for Bass to be in after giving up 6 ER to Miami in his last start.

The Marlins have a lot of hot hitters, and that alone scares me to trust Lucas in this one.  However at home Harrell owns a 2.23 ERA against the Cardinals and Rockies.  He is also 2-0 so he could be a deep, deep sleeper.

Gee is probably good for about 5-7 Ks.  The Phillies offense do have Hunter Pence and Shane Victorino ready to go, which makes Gee a risky start.  However Miguel Batista was able to hold the Phillies to 2 ER in 5.1 INN on Tuesday.

Phelps has a chance to surprise some people in this start.  He looked pretty good with 2 ER in 4 INN against a solid offensive KC team on the road.  The D-Rays do not have many hot hitters, and the good news is Longoria is out.  This game could be rained out however.

Lewis has to bounce back from his poor 6 ER start at Cleveland.  There is a good chance this game does not even happen because of weather, which could save Lewis owners a very bad start.

The best thing Chen has going for him in this one is that he is lefty, and so is Josh Hamilton.  However Hamilton can still probably slug the ball against him and the best case scenario is a rainout.  That 2.76 ERA is sure to bounce over 3.00 after this start.

Miley is not the definition of shut down, and 4 ER in his last start against the Mets is not a good way to come into this game against a hot Cardinals offense.  I would not be so comfortable using Miley in this start.

Luckily for Christian his first start in his MLB career will be in the polar opposite of what Coors Field has to offer.  Facing SD in SD is a blessing for the chance to start out his MLB career on a good note.  I personally would not take the chance with him, but I can see why some owners would.

This game is probably going to rainout, but if it does in fact have the chance to play.  Still bench Neimann who is good for about 4-5 ER with a few Ks.  Nothing special, nothing solid, and he will probably get the loss.

After a hot start, Chen has given up 12 ER in his last two starts.  Boston’s offense is ready for another big game as most of their key players are heating up.  I would avoid Chen in this start.

Ross got bombed in his last two starts giving up 16 ER in 7.1 INN.  The Jays will look to have their offense ready to explode.