You Can see my Pitcher Rankings From Yesterday by clicking here.

Your favorite article of the day will be here in full force.  Check back around 3:30 Pacific Time to see my daily DraftStreet team that I will be competing with. 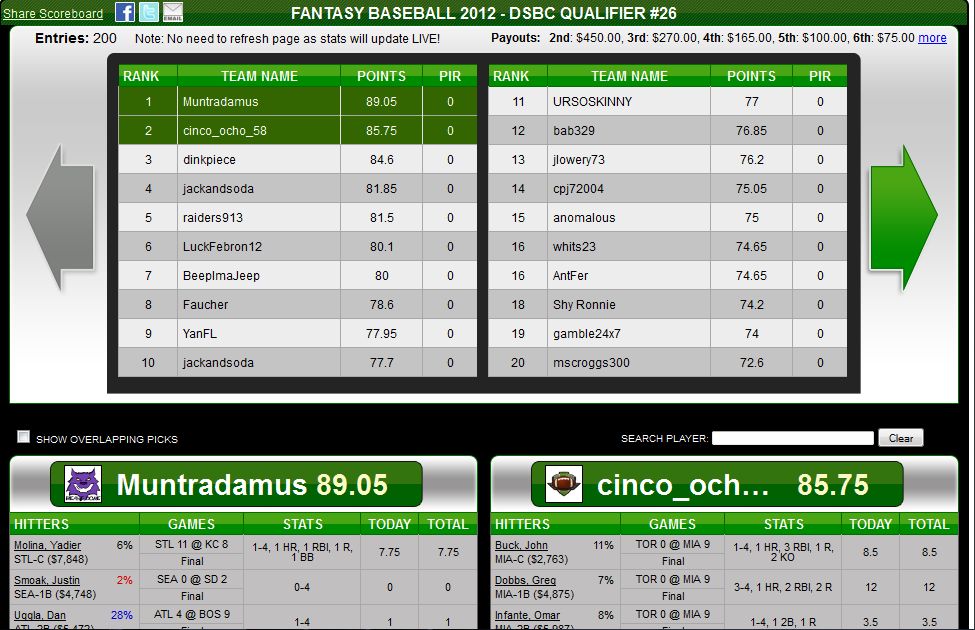 The Astros offense is hot, and the Padres do not look like a team that is a threat.  Especially when Lucas Harrell goes to the mound where he threw a 7 INN shutout against the Indians with 9 Ks in his last start.  Lucas owns a 2.48 ERA at home., and the Astros have a lot of HOT bats.  For SD goes Clayton Richard has looked good at times this season, but he owns a career 10.13 ERA against the Astros and was a bit shaky in his start at home against The Mariners.  Houston has a HOT offense, and they will like facing the inconsistent lefty.