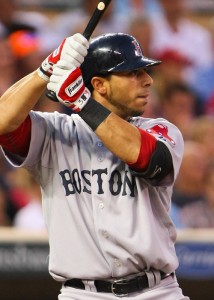 “Beast Dome is a sacred community where I am very specific and choosy about who I allow to write on this site.  If I do not think they are capable of helping you win your championships, then I would not allow them on this site. Period.  With that being said, WunderChad is a fantasy baseball analyst whom I have known for years, and he knows his stuff.  Nothing more I need to add.  He will be in the BEAST DOME NATION to answer your questions, and he is a great fantasy Brain to pick.  You are in for a treat.”

Greetings and salutations! I’m WunderChad (pronounced VOON-duhr-chad, for the linguistically deficient), and this is the first of many bi-weekly volumes of my article entitled “Beast or Bust.” Here I will profile 3 players who have been greatly over-performing expectations. I will give my opinion on whether they can sustain their current level of play, along with projections for the season based on current data. Enjoy!

* Feel free to ask me questions, or join me in the chat room. You can also follow me on twitter @WunderChad

Altuve doesn’t turn 22 until next week, but he’s not hitting like it. Through Sunday, the young second baseman is hitting .373 with 15 runs, 10 RBI, and 4 steals. An elite average is no surprise to anyone who followed him as a prospect, and I have no doubt he can keep his average above the .300 mark for the rest of the year. He’ll never hit for a ton of power (though his home ballpark helps), and his runs scored total will be limited by what is basically a AAA lineup in Houston, but his batting average and decent speed will make him a valuable mixed-league second baseman going forward.

Three-position eligibility is not the only thing Aviles has going for him. He’s leading off for a potent Red Sox lineup (at least until Ellsbury’s return in August), and for the first time in his career is getting everyday at-bats. In 2009 and 2011 as a bench player, he only hit a combined .234. However, in 2008 and 2010, the two seasons in which he had regular at-bats (at least 400), he hit a combined .314. This is a player who flourishes if he gets regular at-bats. He also has good pop for a middle infielder, which will be helped by his move to hitter’s haven Fenway Park, especially as a right-handed hitter. It wouldn’t surprise me if he actually outperforms his current numbers.

(Read more about Aviles in the Fantasy Sleeper Article)

Joe Saunders is leading the majors with a 0.90 ERA through 4 starts. This is a complete mirage. He’s sporting an unsustainable .214 BABIP* and both his strikeout and walk rates are close to his career numbers. He’s a 30-year-old number 4/5 starter with a consistent track record of mediocrity. The time to sell high is either now or, if you want to roll the dice, after his favorable matchup on Wednesday against the Nationals.