Last season I wrote an article on AJ Pollock before the season started. 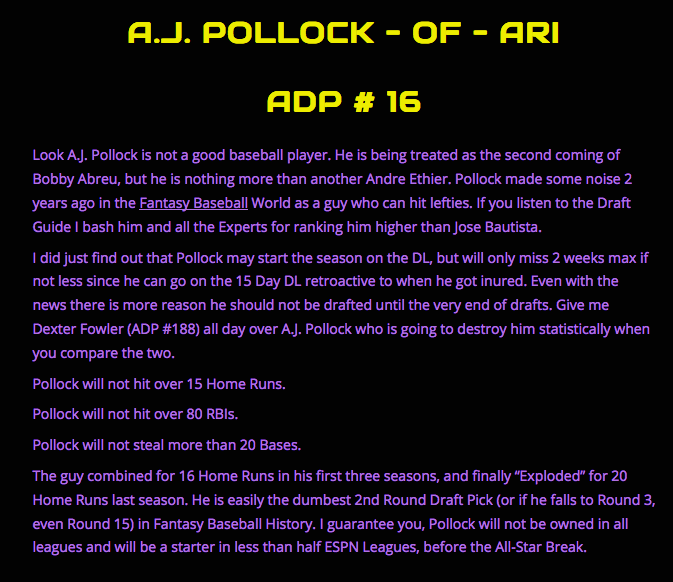 He ended up getting injured the last game of Spring Training, ended up missing nearly the entire year.

A.J. Pollock who is coming off of a fractured elbow and an injured groin, is ranked ahead of Giancarlo Stanton in Fantasy Baseball according to the Sheep Experts. Not only Giancarlo, but a pair of Rockie Sluggers and last years defending HR Champion Mark Trumbo. 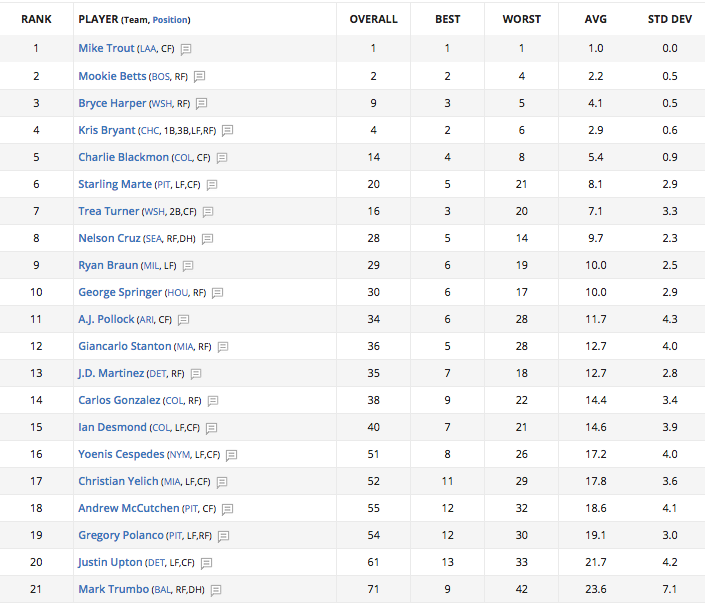 Absolute joke and ranking A.J. Pollock anywhere near this group of players is disgraceful.

Pollock is 28 years old, on a last place team, ok second to last place team.
Nothing special about him physically, coming off of a very serious injury (fractured elbow) which could limit the rest of his career.

Yet he moves up in the overall Rankings 1 year later, while Giancarlo moves down.

If you decide to draft A.J. Pollock, you did not do your Home Work on BEAST DOME.

Do not waste an early pick on a player who would be lucky to hit 15 HRs, and if you are drafting him for speed. He really is not that fast, he is just a good base runner. We have seen the best A.J. Pollock, if you think you are getting his 2015 form where he hit 20 HR and stole 39 bases. You will be sadly mistaken. His Average Draft Position takes you into Round 3/4. There is too much talent on the board to waste on a player like Pollock

SEE MY RANKINGS AND STRATEGY