Pitching. Something that comes and goes quicker than the guys Kim Kardashian dated before she settled with Kayne.  A lot of BEAST DOME owners want a solution to their pitching problems while Taijuan Walker is in the Minors.

Do not worry about Taijuan.  He is vital to the Mariners making a post season run, and he has the stuff to flat out dominate. Management is riding him too hard saying his 3.60 MLB ERA is not good.  Nor is his 5 INN/1 ER performance in the minors after that.

They demand perfection, he will bring it.  In the meantime.

To give you an idea on where I had Wade Miley in my Preseason Rankings.

After what seemed like a very slow start for Wade Miley this season who struggled to keep his ERA under 4.00 in any of the first three months of the season.  Wade Miley has finally found his movement again, and the numbers speak for themselves.

You may say to yourself.

“These stats are good, but what makes you think he is that good to begin with?”

The answer to that question is watching him his rookie season.  He was lights out for a majority of his rookie year as he completely dominated the NL West. 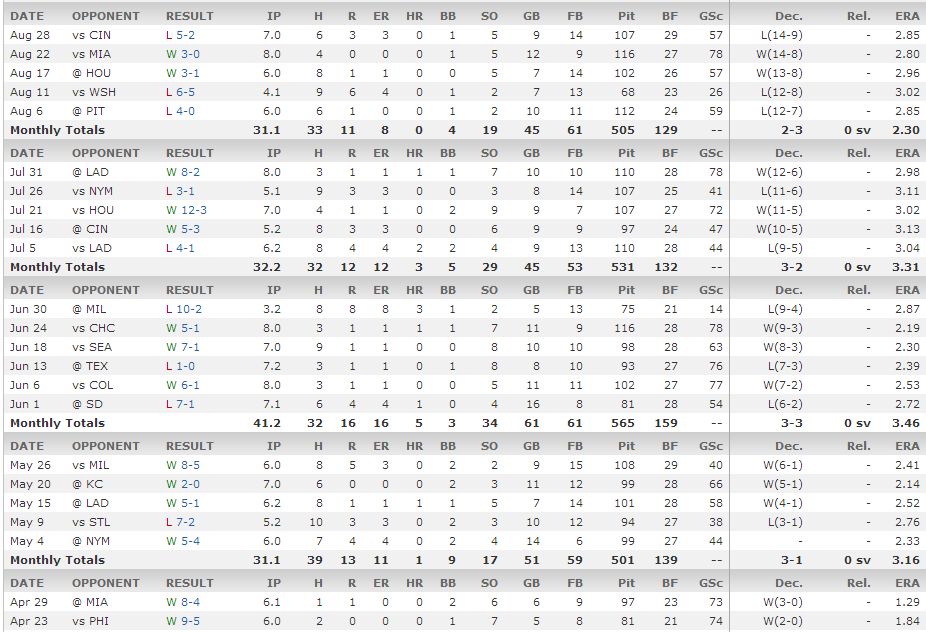 Wade Miley in his next start faces the Chicago Cubs in Arizona.  Miley is pitching too well for a cold Cubs team on the road to do any damage.  Look for Miley to jump out of the gate to start the All-Star Break