Growing up in mid 1990s, I used to play a video game called Super Baseball 2020 on Super Nintendo. 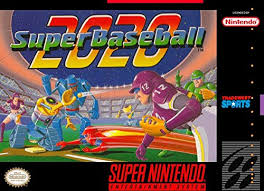 The game had robots like R2D2/C3P0 and had half robot/half machines like the Terminator. As well as some normal humans, both men and women. They also protected their fans as everyone had glass domes on their head so the balls would not hurt anyone.

This fantasy simulation sounds a lot better than baseball of today.

We have cheating, we have people in the audience getting injured from foul balls, we have a version of baseball that even the steroid ERA players look at, and shake their heads. The damage that Alex Cora and both Astros/Red Sox organizations did to Baseball these last few years is nothing short of COMPLETE CHEATING.

Astros should lose their Franchise, build a new Baseball team. Everyone hates the Astros that is not an Astros fan already, and those that are Astros Fans today might as well wear MAGA hats. Some people will love you, but the majority of America will look down on you. Which was shown on Curb Your Enthuiasm this past weekend.

With that, it is a new season of Baseball. We must as always come up with the BEAST Draft Strategy. You will learn a lot about all the players, and you will all enjoy a BEAST season because of it.

Why You Should Trust Me

*IN THE LAST DECADE*

No Expert can tell you they are better than that.