Here are my Waiver Wire pickups to help you BEAST the rest of the season.

With Schwarber now done for the season, look for Montero to help you out. He is going to be a good pickup for those leagues who are in need of a Catcher. He will get you a good .250 AVG and about 14 HR on the season.

If you are in need of pitching, then snag this guy before he is gone. The bullpen for Texas has had a rocky start, but they will get into the groove. Griffin didn’t need the help of his bullpen in his first outing as a Ranger though as he snagged his first win. He will get you your weekly wins for pitching. Strikeouts are hit or miss, but everything else is good enough for deep leagues.

Stripling had a No-Hitter into 7 1/3 innings before he was pulled. He was robbed of the no-no and sent to the bench after pitching 100 pitches. He is recovering from Tommy John surgery and you should already know the stats by now if you read my Darvish article. Grab him if your rotation needs help, Ross will not get you K’s but should always stay steady in the ERA department.

Brock has already had an amazing start to his 2016 season. He currently has 2 HR, 8 RBI and 3 R and batting .500. He plays so many positions in Fantasy Leagues that he will be a great bench filler for guys with off days. Great bench pickup to fill the Util role. Not the most reliable stud as far as power/speed, but you can always plug him somewhere in your lineup when an injury occurs. 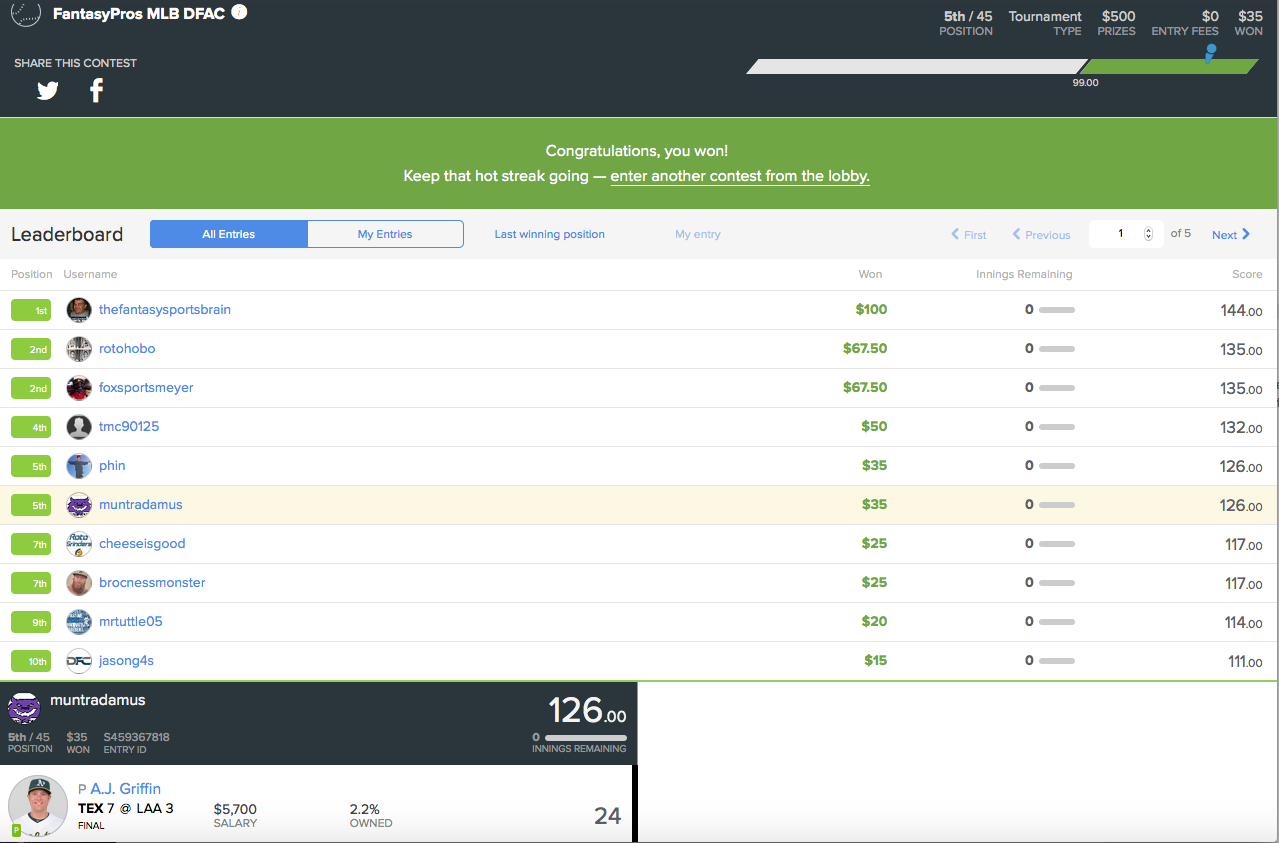