This article is for hitters to sell. These are hitters that are performing out of their minds and sooner than later they will hit reality and if you don’t sell now, you will lose all of their value.

Now is the time to sell. sell. sell. and if you are needing help rebuilding your pitching staff, check out the Starting Pitchers Trade Market.

I will not be listing hitters to buy as these are usually my Daily Fantasy Plays. If you want a Free Trial of my FanDuel/DraftKings lineups e-mail [email protected]

With that here are the hitters to sell. But first a word from our sponsor.

Pierzynski is bringing us back to 2007 the way he is hitting right now. While this .422 average is great, and every ball hit seems to be a line drive. Sooner than later these numbers are going to fall to reality. For one thing, the more he catches, the more he shreds the tires of his knees. Aging catchers usually always fade as their knees lose a lot with all the Innings they rack up catching. While I cannot give you players I would buy, I would say just about anybody is an upgrade. It will not be long before Christian Bethancourt gets his chance to play everyday. Christian is the next coming of Salvador Perez.

Last season (2014) Adrian Gonzalez put up 8 HR/23 RBI/.337 Average in the month of April. In the end, Adrian ended up with 27 HR/116 RBI/.276 Average. If it was not for a big September where he matched those April numbers, Adrian Gonzalez would have had a miserable season with only 19 bombs, after 8 in April. It would not be surprising at all to see Adrian Gonzalez hit a huge roller coaster dip and never approach those April numbers again over the course of the 2015 season. You can get just about any star at 1B right now, maybe even Miguel Cabrera. Upgrade to the superstar, Adrian Gonzalez is not moving any faster at the age of 32, and everyone will treat him like he’s 26.

Travis is looking good and has double the HR’s of Robinson Cano (1) and Jose Altuve (2) combined. That is absurd and there is no way this type of pace picks up for a player that does not look like someone who hit 20 HRs. I would still be willing to put money that Devon Travis falls short of those numbers and now is a good time to sell high as you can get just about any Top 5 2B option before the season started. Even if you have to reach Top 10, sell high while he has value. This will not last. 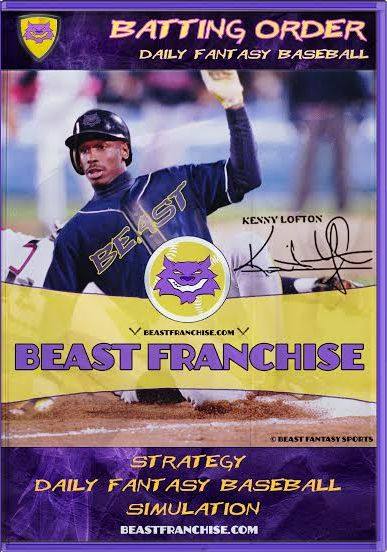 According to CBS Stats, Semien ranks as a Top 5 SS and a Top 5 3B option. Those real life numbers above are not impressive at all, and just about everyone will go nuts over him with that dual SS/3B eligibility. Still he is a player I would not trust in the Fantasy Baseball world and now is the time to cash in on a big name player who is not living to his standards. Even if it is not a big name, but a solid name. I would take the upgrade as the A’s offense is likely to hit a bump in the road as all of their no name talents will fall to reality.

There you did it. You took the risk of drafting Dickerson as if he we were a superstar, and over the course of 3 games where he has hit his combined 5 HRs, he is living to those numbers. Now is the time to sell him high for an actual big name. I do not want to tell you who it is, but it would be very smart to use your “Braun” and take the upgrade. Dickerson is not that good of a player and if it was not for Coors field, who knows if he is on the Fantasy Radar.

That Detroit ball park is for big boys only. Even Miguel Cabrera struggled with 25 bombs last season and he is not making it look any easier in 2015 as he only has 1 HR at home this season. While J.D. Martinez is stroking it and playing for a very good offense in the thick of the RBI situation. Now is the time to sell high on J.D. as anything over 25 HRs would be a very good season. You can probably trade him for someone that has the potential for 30. Or pair him up with a pitcher and get a big time pitcher in return. J.D. and this power stroke is good, but 6 HRs a month is too much.

Joc is looking very nice his rookie season. The power is not always there, but he is staying relevant and is starting to find his way at the lead off spot, for now. The problem with Joc is few things. One they do not trust him against lefties, which is something I predicted early on. The Dodgers have no problem throwing Scott Van Slyke in the lineup when they can. The second issue is how good Andre Ethier is doing this year. When the Dodgers have a healthy Yasiel Puig and Carl Crawford, Joc Pederson is going to have to perform everyday to keep his starting job consistent. Carl Crawford was a vital part of the Dodgers last season and Don Mattingly really likes him. With Ethier hitting the way he is, it is going to be hard to keep him out of the lineup. Point is, pressure is on Joc to perform and a lot of Fantasy Owners think he is the real deal. Find a team that is struggling at the OF position, because this is not the season Joc breaks out to being the Fantasy Beast he can be.