Sunday Baseball reminds me of opening day. From 10am, until the end of the night, the beautiful game of baseball is taking place. Sit back, relax, an enjoy my favorites at each position. FanDuel Salary.

Have to love the matchup, Aguilar can take a meatball Jason Vargas fastball to the grandstands whenever he chooses. Aguilar hit three HRs in the first two days to start the week, nothing since. Look for the failed David Ortiz clone to show he still has value.

With Mallex Smith no longer in town, Dee Gordon is going to become a house hold DFS name when he steals three bases on the night. Gordon is quietly having one of his best offensive seasons in his career, already two HRs to go with a league leading 10 stolen bases. Gordon will add to the total.

Jose Ramirez has to be licking his chops facing the young pitcher who is struggling to find confidence. Ramirez has had a bad season for his standards early on, but a matchup against a young unproven pitcher can change everything.

Lindor is heating up big time throwing up back-2-back 30+ Point FanDuel performances. Lindor definitely has the tools to be the top Shortstop in Fantasy Baseball, and if it was not for a preseason injury he would have been drafted like one in season long formats. This is a dream matchup, Lindor is too hot.

Benintendi is finding his swing, a HR earlier in the weekend and a tasty matchup against Covey. You do not have to ask me twice, Benintendi can easily tableset and score runs everytime he is on base.

Ryan Braun has made a living hitting lefties. Jason Vargas throws meatballs, straight up meatballs you find at subway that you know deep down inside are probably not that great for you, but you swing anyways because you know the taste is a HR. Braun will wait for that mistake pitch and hit into another galaxy.

JD is starting to find his swing again with multi-hit game after multi-hit game. The Red Sox offense is a scoring machine and Martinez is the heart of the fire. Look for Martinez to finally launch HR number five.

Mookie is hot, the Red Sox are hot, and the White Sox pitching definitely is not. Betts has the potential to get on base at a rapid rate, which will turn into a lot of runs. Mookie is a huge discount against such weak pitching, grab him while he has the momentum. Do not look back, rack up those runs and hits.

Little sleeper start for you right here, Keon going up against his old team. Last week he did nothing in his spot start, this time he back home. Broxton can easily get on base, and when he does, he will steal one. Broxton has the potential to be a fantasy baseball superstar.

STACKS OF THE DAY

Dylan Covey is not good enough to face a hot Red Sox lineup. Covey will be lucky to last two times through the lineup, expect the Red Sox to dominate. (Benintendi-Betts-JD) are the top three picks to roll with.

Cody Anderson does not scare me, he should not scare the Mariners either. Dee Gordon will tableset for Mitch Haniger, Domingo Santana, and Edwin Encarnacion. The Mariners offense is built to score runs in this matchup, look for the top half to get it done.

FANDUEL LINEUP OF THE DAY 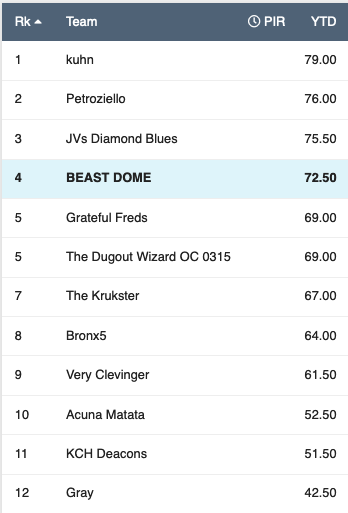 This week was featured by one of the greatest hitting days in Fantasy Baseball History. 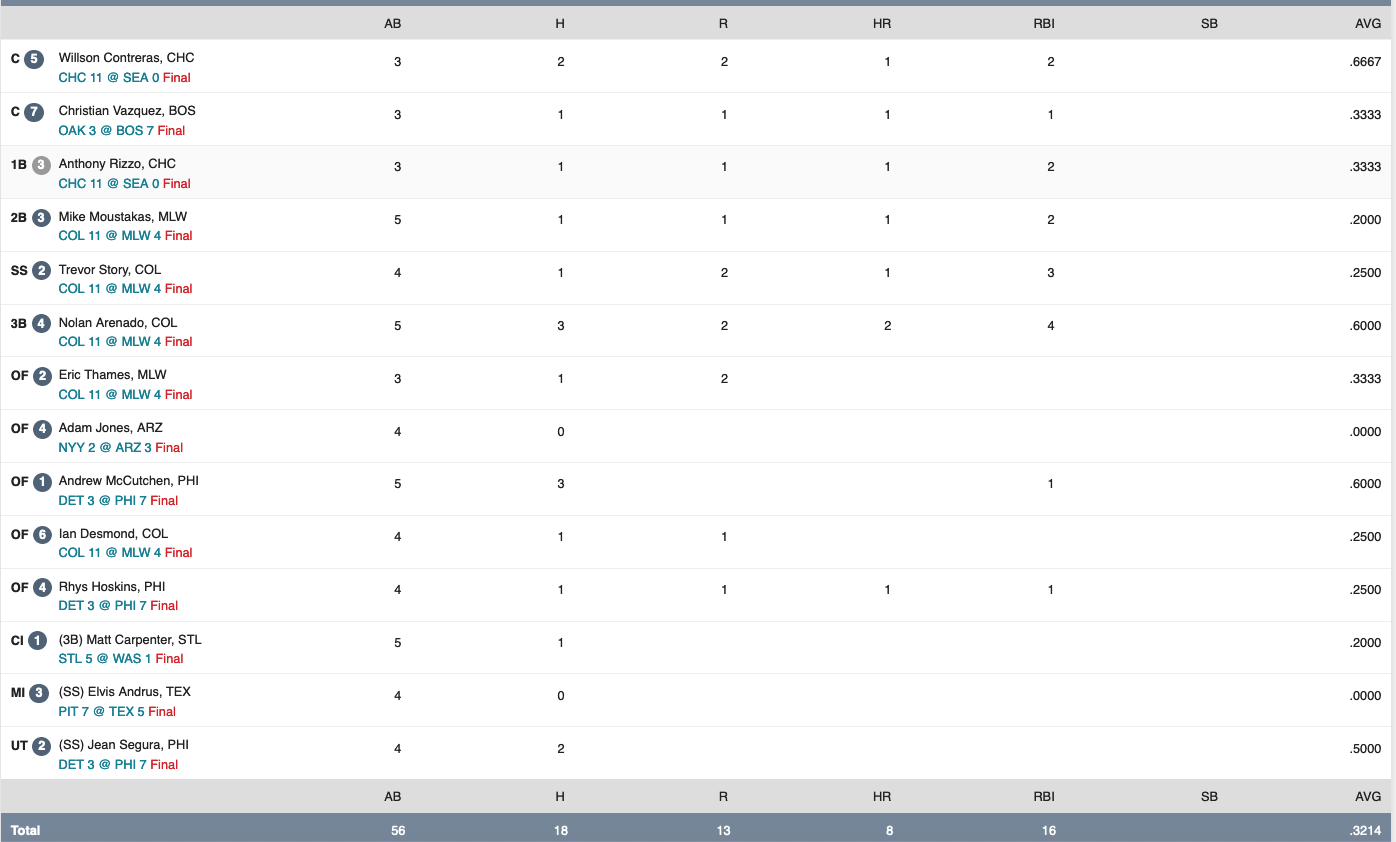 With the team doing so well, I decided to feature on close in on some closers this week.

While Leclerc could eventually close again, Kelley is pitching so well that it is hard to imagine that the Rangers will demote the long-time reliever. While Kelley is closing with his 1.29 ERA, comtinue to ride him for those saves here and there.

Roenis Elias had to miss most of this week, since he has returned, Swarzak continues to look to be the closer. He has not been lights out by any means, blowing a save one day this week, as well as giving up a HR in a tie game this weekend. However Elias pitched the 7th INN upon his return, and gave up a HR himself. Looks like Swarzak will be the closer for this month.

Allen may have fallen on your league Waiver Wires. Turns out his struggles was due to injury, and if he becomes healthy again and is throwing the way he was when they grabbed him. It will not take long at all for Allen to be closing again for the Angels.