A small slate on Thursday, two games to be exact. We have never had a two game main slate all year, but you know what they say. Expect the unexpected. Since the day is short with players, the list may seem skinny, but it is rich with content. As usual with me, all prices are FanDuel.

Moreland batting third has positioned himself to be a nice fantasy asset when he is the lineup. Giolito will likely face Moreland with runners in scoring position, when that happens Moreland has the potential to rip hits all over the field and rack up those RBIs. Moreland has become one of the safer options for 1B if you do not want to break the bank in 2019.

Abreu will be a big factor if the White Sox win or lose this game. The matchup is pretty nice as Price does not really have the stuff to get past Abreu, and the big righty will swing his power stick at home as the White Sox look to pull a big upset victory. Abreu is hot, Price is not.

La Stella no longer qualifies at second base, even though that is the position that put him on the map this year. In general it is never easy to trust La Stella as a fantasy option, but in reality, this matchup is not that bad on paper. Sanchez throws a lot of sinkers, La Stella and his upper cut swing can land one of them.

This is the makeup call because La Stella qualifies at 3B on FanDuel now. Rondon gets a potential hit or miss matchup against Price, but his name does always come true once a blue moon as the difference maker. Rondon can hit lefties, but he can also be pulled for an at-bat if a righty comes in from the pen. Their is risk with this play, but there is a ton of upside.

Devers has been one of the more consistent bats for the Red Sox, and he has a nice matchup against Giolito who is coming off of a hamstring injury. Devers will make use of whatever mistake pitches Giolito throws his way. Hitting in the middle of the Red Sox lineup, the opportunities for RBIs will be there.

Jr. has not had a great start to his MLB Career. Playing his first road stand in the building that his daddy built in Anaheim, Jr. has not lived up to the hype. This is his last opportunity as well for some time, luckily he gets a matchup against a lefty who may leave some pitches over the middle. The risk is worth the bite.

While you probably will not get one of his MLB leading 10 SBs tonight, but you will get a nice power matchup for Anderson who can easily slice any of those straight fast balls Price throws over the middle. There is potential for some damage in this matchup.

Benintendi needs to tableset the Red Sox who are in a bit of a power outage. Mookie is swinging a hot bat, and the rest of the team is getting those doubles going, but the real question is, will Benintendi start to show some power stick? The matchup is not horrible for a surprise HR.

The best option of tonight, Trout is always a threat to hit a HR against a pitcher that is not CY Young worthy. Sanchez does have some nice stuff at times, and has shown to be hard to hit, but it is Trout at home.

Forget Kris Bryant, Calhoun has hit more HRs in the last week than Bryant has all season. Calhoun is going up against an underrated Aaron Sanchez, but he is swinging a hot bat and can easily table set all the talent around him.

JBJ has had a bad start to 2019, however his start this spring training showed he was readty for a prime year. The Red Sox offense is starting to hit, and that mojo can ride into the arms of Bradley Jr. who can slash some big time hits and score some runs. 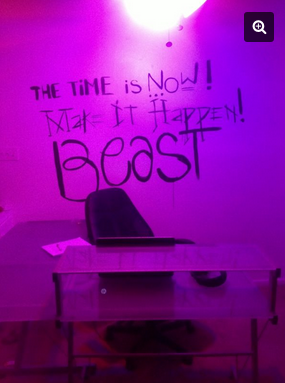