The Jruth came out to Play Monday Night, Martell Webster had his worst game of the season.  The Pelicans upset the Bulls.  Onto Day Two. 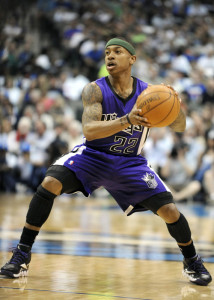 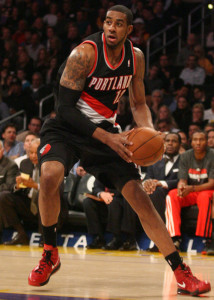 Rudy Gay is a BEAST.  When he goes into Golden State, he will put on a show against the Warriors who will be having a rotation of Harrison Barnes and Draymond Green figure out how to slow him down.  Rudy Gay is primed to have a BEAST night.

For the Price, Eric Bledsoe is not going to have a BEAST performance against Tony Allen.  If there is one defender you do not want to face up against, Tony Allen is that man.  With all the scoring from their big men, Gerald Green, and Goran Dragic.  It is hard to imagine Bledsoe doing enough to pull your Daily Fantasy Team to the victory.

The Miami Heat have a glaring weakness.  They are a very small team with no true center.  The Detroit Pistons are all Size and Power.  Look for them to Pound the Heat to a Pulp down low.  LeBron James will have Josh Smith facing up against him, in the history of their matchups, Josh Smith has done a great job of making LeBron James not living up to his Hall of Fame Potential.  Look for the Pistons to control this game and cover the spread, with the chance of the HUGE UPSET.

Packages are limited in the Daily Fantasy Basketball League.

Learn More about the Guarantees.