BEAST NATION: It’s All About The Championship

All you need to know.

THE CHAT IS BACK.CLICK THE BEAST NATION TAB to enter.

For those of that you don’t know.  Fantasy Football regular season is now officially over.  Which means BEAST DOME is full motor ahead for NBA.   Unlike the previous BEAST NATION where you would never see a comment from me, I will be answering questions nearly every night in this Form.

This Post is also going to stay as this post all season.  That way we can see all the great moves people suggested for each other to help Bring Home the Championship.

(All Rankings will be released after tip each day)

If you are interested in me creating Daily Fantasy Basketball Teams, send me an e-mail. [email protected] 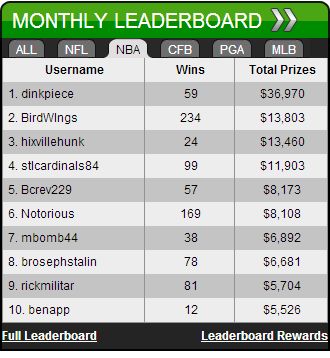 NBA is going to have seasonal content everyday this week to help you bring home the Championship.

BEAST NATION: It’s All About The Championship

1. If you ask a question.  Answer a Question, the more depth the better.  You get what you put out.

2. If someone answers your question. Answer another Question.

I will be making my rounds to answering your questions as well. Old School Style.