I say the same thing every year, because it is the only thing that matters. As long as you make your playoffs, it does not matter what your record is. This year TEAM BEAST DOME has slipped to 1-2 after a Red Hot Start. I have lost Adrian Peterson, Jonathan Stewart is hurt, Latavius’ Carries Matter. Despite this, I still feel very strong about my lineup and my opponent this week.

BENCH CAN ONLY BE VIEWED WITH WAIVER WIRE/TRADE PACKAGE

You know how the saying goes. It is never too late for Golden Tate to be great. Let us just look at facts here. Matt Stafford is tearing up the NFL and could pass for 300+ Yards every game with his eyes closed. Golden Tate is on the field every snap and has had great history with Stafford throughout his career.

I know the start of the NFL season is always the most exciting time, and people tend to look at the first three weeks with a giant magnified glass as if what they see now, is how it is going to be in the end.

Looking at someone like Golden Tate and making the judgement that Tate is not going to have a good year? You should return that magnified glass. Because what I have seen is a WR who is getting open, but dropping passes. He almost had a big 60 Yard TD Week 2. Week 3, Marvin Jones stole the show in garbage time.

Golden Tate is ready to BEAST Week 4 against a Bears Defense that cannot even spell DeFENCE. Any team can drive up and down the field with all the injuries, time for Tate 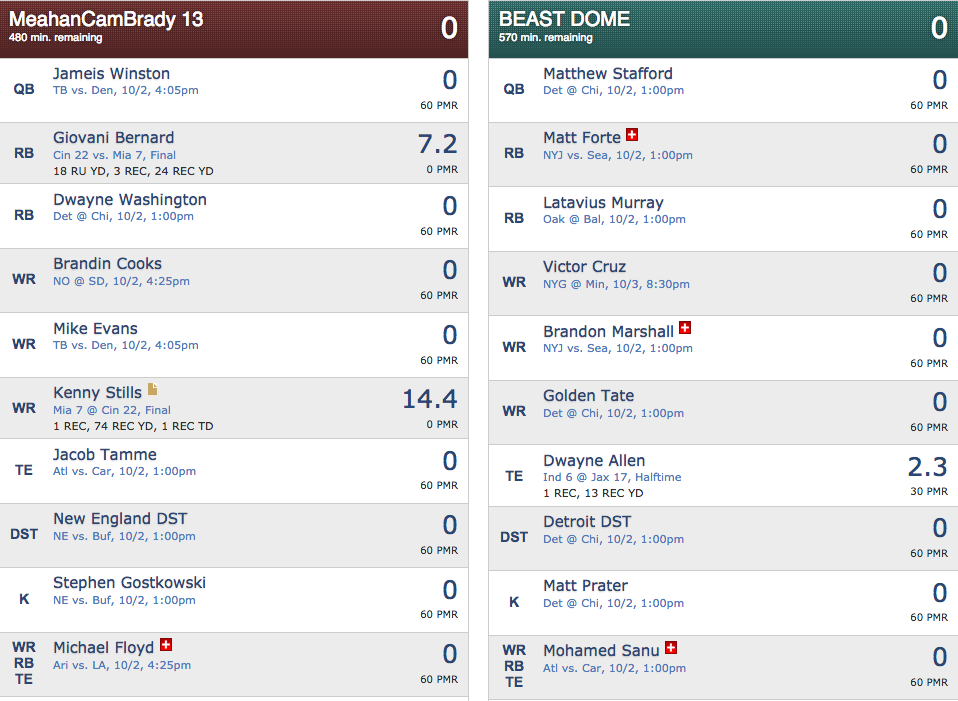