Everyone is hating on Chris Davis this preseason. Fantasy Experts are letting him slip past the top 8 at 3B and other experts do not even see Crush as a Top 20 1B option. While many people want to point at his high strikeout rate and declining power in 2014. Chris Davis is still a BEAST amongst men and this is why Chris Davis is a MUST-DRAFT in Round 3 of your Fantasy Baseball Leagues. 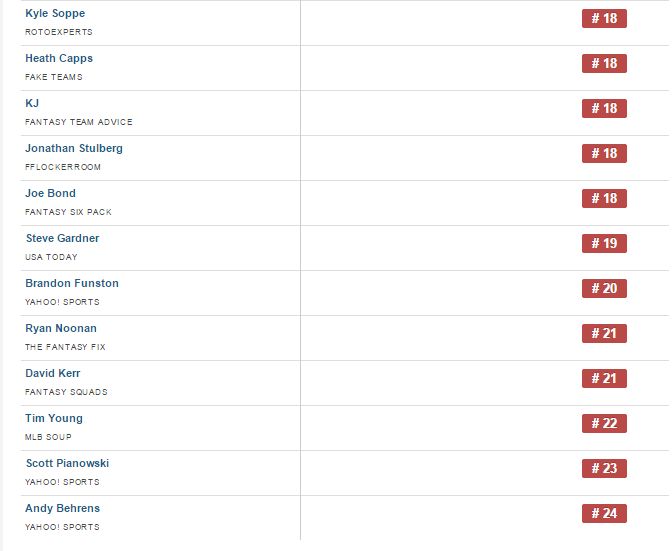 Why did Chris Davis have a bad season in 2014 is the first question we have to ask ourselves. 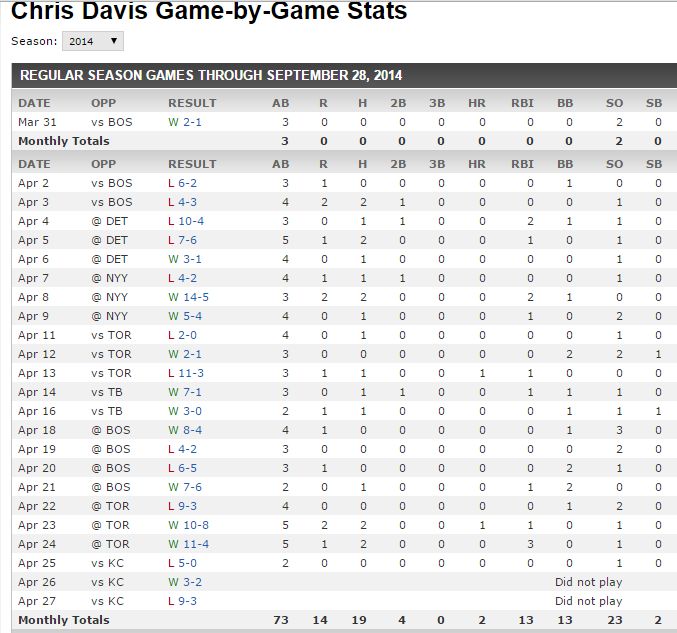 Season started slow. Crush had a nice hit streak going to start April where he racked up good RBI numbers, but zero power. At the end of the month Crush had an abdominal tear and had to go on the DL. 2 HRs for the month puts him way behind BEAST pace. 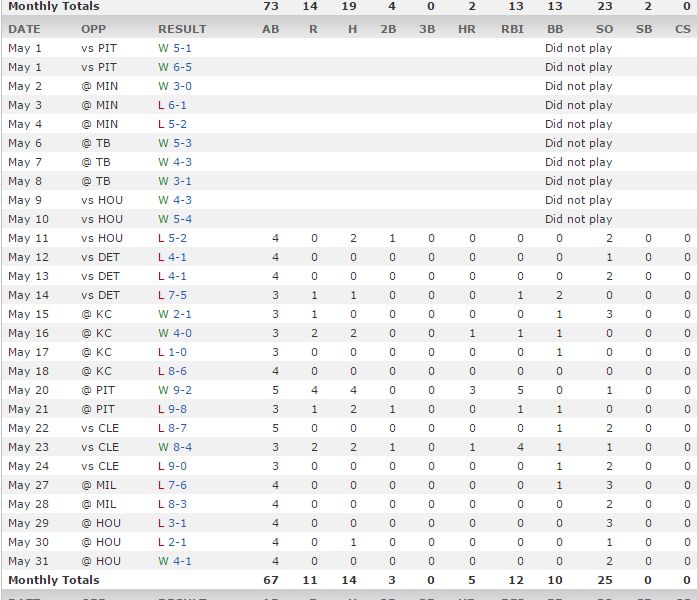 When Crush came back from the DL, his power started to come alive. Crush had 4 HRs and 10 RBIs in the span of 4 games, we all knew Crush was coming back. But then on May 25th, everything went downhill.

Chris Davis and his Wife had a Baby (May 25th)

Superstar athletes like Kobe Bryant have talked about the struggles of having a new baby in your life while your season is going on. You don’t sleep as well having to take care of your kids, they also become your priority. Chris Davis really struggled after his child came into this earth.

Crush never really found his HR groove until the middle of June where his HR rate was just about 1 everyday for a couple of weeks. He never really got into the groove like he did in 2014, and then Crush ended the season suspended with adderrall which was a key ingredient in graduating college for myself.

While many are scared of his high strikeout rate in 2014, and his decline in batting average from .286 to .190 in 2014. You have to look at the X-Factor. The X-Factor in this situation is that Chris Davis was adjusting to life being a dad, which hurt his baseball career. During the season Chris Davis never really got on the hot streaks we saw in 2013, which led to a decrease in confidence at the plate, which led to a bad season.

This season Chris Davis will be qualfied at 3B.

Chris Davis must be drafted in the 3rd Round of every draft, I may be taking him in the 2nd. A big Spring training and it will be too late. Look for Chris Davis to be in a prime batting order spot likely of a great Orioles offense.

The loss of Nelson Cruz does hurt, but there should be plenty of ducks on the pond everytime Crush steps up to bat. His 3B elgibility makes him too good to pass up. He can easily hit as many HRs as Miguel Cabrera who no longer qualifies at the position. This season has big things in store for Davis now that he has a better hang of life as a parent.