Team BEAST DOME season continues in the consolation playoffs. A sentence I wish I never had to start out with, but that is what happens when your starting QB scores less than 6 points your first two weeks of the season to start a quick 0-2. *Finished 8-5. We all felt the wrath of RGIII this season and the situation in Washington is now a 100% complete mess that is something you just turn away when you hear anything about it.

Yes, I will admit the decision to push you all in the direction of RGIII did not work out, but the rest of my BEAST Picks this season were all Championship worthy. Everything from the 2 RB strategy to start your draft with Arian and Marshawn. To the Sleeper BEAST WR weapons in Mike Evans and Steve Smith Sr. Only if RGIII was able to manage 15+ points in those first two games, everyone’s season would have been fine. 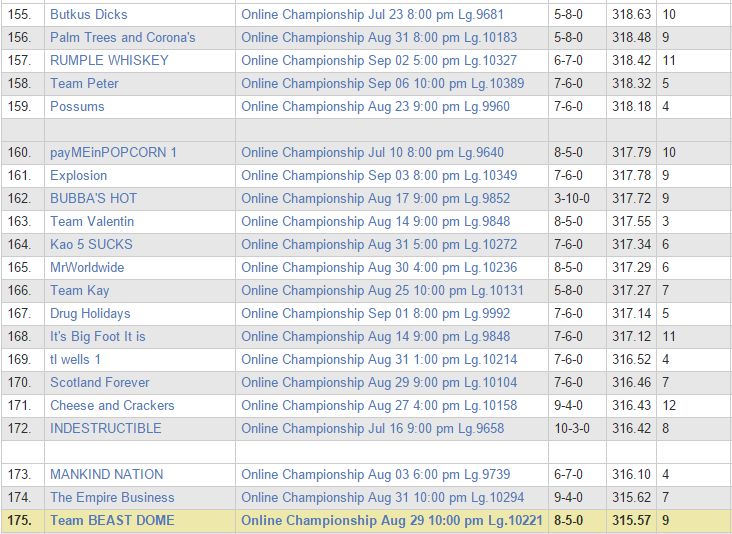 1st Place is at 394 with two weeks left. Season is not over and if I my BEAST SQUAD can come up with two strong weeks from here, I have a chance to make things happen. 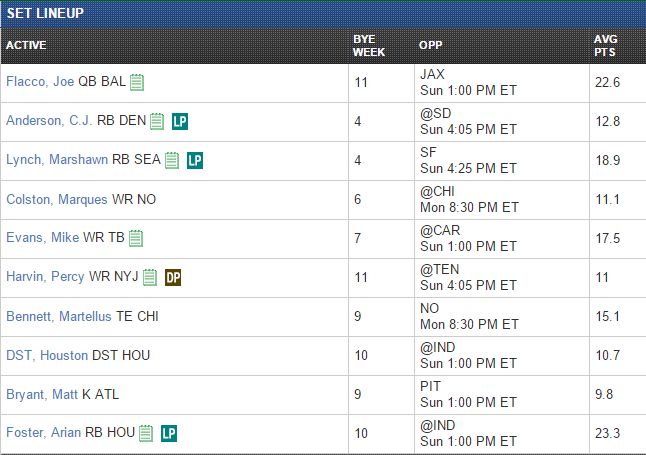 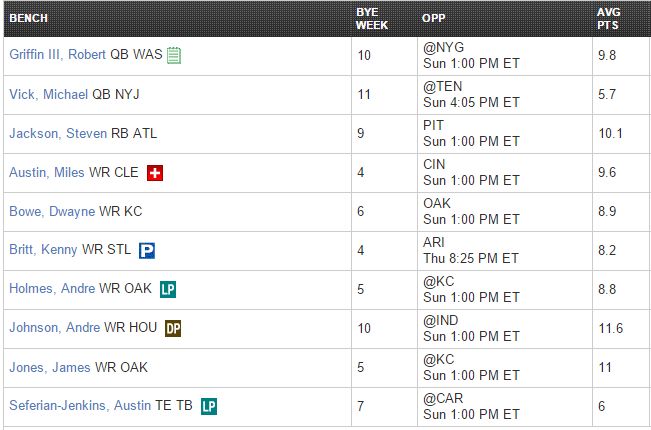 As of now I am going to leave Andre Johnson on my benchwith his status in serious question. It was an unfortunate time for Andre to get hurt as he was on his way to a MONSTER performance against the Jaguars grabbing 4 receptions very early in the 2nd quarter. A lot of people including myself are not happy with the season Andre The Giant was able to put together this season, but all the targets in the world were there. Besides last week where he got injured in the 2nd quarter, he never failed to see less than 7 targets a game. That type of consistency usually turns into Fantasy Gold, this season that was not the case.

DeAndre Hopkins will finally be trustworthy in the fantasy world as a WR#1 if Andre Johnson were to miss the game. While DeAndre was definitely the better WR between the two stat wise, Andre Johnson was always the #1 and always say more targets every single game.

IF Andre Johnson is starting on Sunday, he will be in my lineup for Percy Harvin as those 7+ Targets will keep coming.

In the end, I have the dream RB scenario in play with Arian Foster/Marshawn Lynch/C.J. Anderson (Montee Ball). C.J. Anderson really turned into the RB Montee Ball should have been this entire time in Denver. Moving forward, it is likely that Montee will get a shot next season to win his job back, but it will be a battle as C.J. Anderson is exactly what the Broncos are looking for from the RB position.

With that, another week, and another week to win $$$. If your season is OVER, it does not have to be.

Signup for the DAILY FANTASY BEAST