MUNTRADAMUS PLAY OF THE DAY

WITHOUT A DOUBT. ROLL WITH TROUT 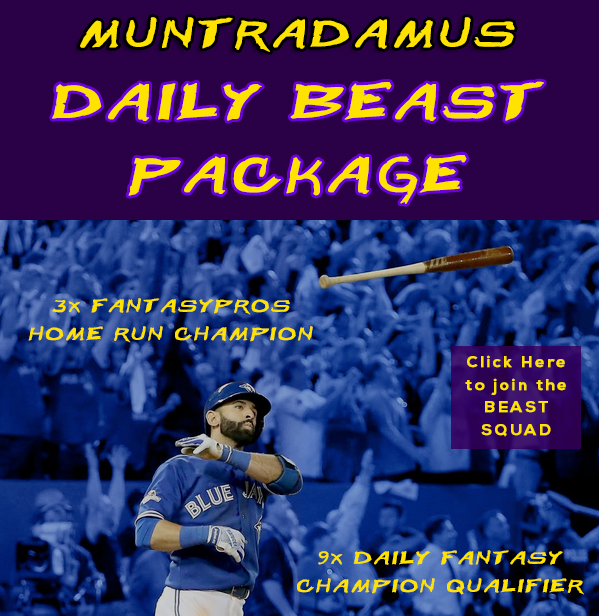 Oakland. The Coliseum is a ball park where Home Runs go to die. You look at all the greatest Home Run Hitters that team has had in the last 20+ Years. Mark McGwire, Jose Canseco, Miguel Tejada, Jason Giambi. All of them used a secret weapon known as steroids.

The A’s are not hitting right now. While Vogt bat is picking it up a bit, Coco Crisp has really become the heart and soul of their offense early on. Tonight they face Hector Santiago, someone I would consider on equal value of Jose Quintana, exact same type of fire ball throwing lefty. The Athletics with no hot bats are not a good matchup against Santiago. ‘Chronciles of Reddick’ is going to have trouble seeing the ball and unless Marcus Semien or Danny Valencia can get a rare HR, the A’s are going to have trouble getting any runs in bunches if at all tonight.

Pitching for the Athletics is a very overrated Kendall Graverman. Hard to say overrated since he does not have any Fantasy support as is, but he is definitely someone that should be in the minors as oppose to a #2/#3 starter. The Angels bats are picking it up. Trout feels a nice confident shot after hitting a bomb off of Gray, and Pujols has to be feeling good after getting a hitting, stealing a base, and scoring a run. Angels have some sleeper bats that can put up big hits against the less powerful Kendall Graveman.