This is my favorite course that I have ever played. I have also covered this event in person. I actually competed in the Junior Heritage. If the wind blows, this is a beast of a course. Greens are the smallest on Tour so some guys will rely on scrambling more than usual. Again, favor the iron control. Great putters will come alive here because of the fact that you can 1-putt every green. Overhanging trees make driving strategy premium on tougher days. Pete Dye/Jack Nicklaus layout.

With that being said this week I am doing something special and offering my Top 30 Golfers to the loyal BEAST DOME NATION. I appreciate all your support as a Fantasy Golf Expert.

16. Matthew NeSmith – Home game. Steady player, much like a Kevin Kisner. Will be looking for some highlights from Nesmith.

17. Sunjae Im – Great control with the irons. Nice ace in the hole if the wind blows or the putts fall.

18. Abraham Ancer – Another player looking for his first win, Ancer’s game has been knocking on the door as much as Morikawa if not more. This is an event where his strong driving will be rewarded.

19. Collin Morikawa – Coming off a great week. I would not be surprised if he bounces back and gets the win. I haven’t seen how he’ll do here and that lip out might have just taken the wind out of his sails for a second. Please hold.

20. Rickie Fowler – Rickie’s hit or miss this year and last week was a tough finish. But this is a Pete Dye course and Rickie really comes alive when the putts are falling at places like this. He can get on a roll here more than most.

21. Justin Rose – It’s really interesting to see Justin at this event – he hasn’t played it in over a decade and has only 4 results to look at. Each year, he got worse – which explains the long layoff. However, I think this course suits his eye and he’ll be excited to see how much he’s improved in the past 10 years. He played great last week, resurrecting a season that started wobbly.

22. Daniel Berger – Last week’s win puts Berger in a new category to me (and his value will probably reflect that). To keep his fire going through the lockdown shows his will; His iron play has been a real catalyst for him and I expect that to translate into a top 10 here. His confidence will be high. If you’re questioning, I would make space for Berger.

23. Matt Fitzpatrick – Seems like Fitz was figuring this court out last year and the track has a very English vibe to it around the clubhouse. I think he likes this track and will compete.

24. Bud Cauley – Quietly good week last week. This is a good course for Bud – and he has a strong iron game that puts precise weight on his distances.

25. Brice Garnett – Major sleeper. A couple of good finishes here. I like the scores he’s shot here and I think no crowds and less pressure will get him over the hump in his Heritage career.

26. Aaron Baddeley – A great sleeper pick that nobody will have on their radar. AB’s game was turning a corner at Pebble this year and he’s a past champion of this event. One of the great putters of this era.

27. Christian Bezuidenhout – This is a European Tour dude who we don’t have a lot of research on but most South African guys are great ball strikers and this guy must be – because he has been playing SUPER steady in the US and overseas with 2 wins since mid-2019 worldwide.

28. Kyle Stanley Stanley’s game is a lot like Collin Morikawa -he will hit a lot of greens and play steady.

29. Harry Higgs – Coming off a strong week and has been a solid newcomer on tour. This course will give him a chance to flag those irons.

30. Matt Every – Going off the momentum theory in the scope of worldwide news, Everyone’s suspension due to CBD should tick off any moral person. The added length he’s had to practice should fuel his fire – and I’m expecting him to come out guns blazing. 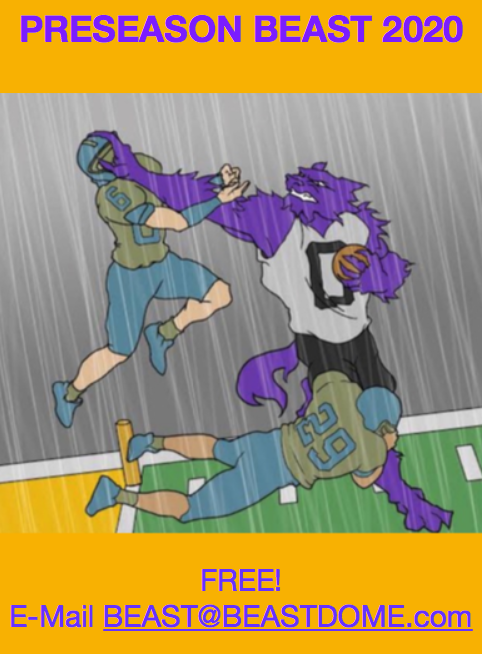