FANTASY GOLF I HAVE A DREAM

Sports fans have waited for months now and yet they were still unprepared.

None of us could have predicted the events of 2020 that have put us already in the middle of an incredible year. Golf, the official game of social distancing, has continued to thrive throughout. And in the midst of that wild ride leading back to this official start of the PGA Tour this week in Dallas, perhaps only a small group of fans could have envisioned the impact Harold Varner was brewing up as he waited for round one to start.

With only 1.9% ownership on DraftKings, Varner had the luxury of being underestimated on the golf course. He had already had a big week – reluctantly becoming a voice for the PGA Tour as an African-American golfer who is also sponsored by Michael Jordan’s brand. As big as his impact off the course with his great posts and comments in the media, many forgot one of the biggest factors in the greatest stories in the history of golf: world-shattering momentum. 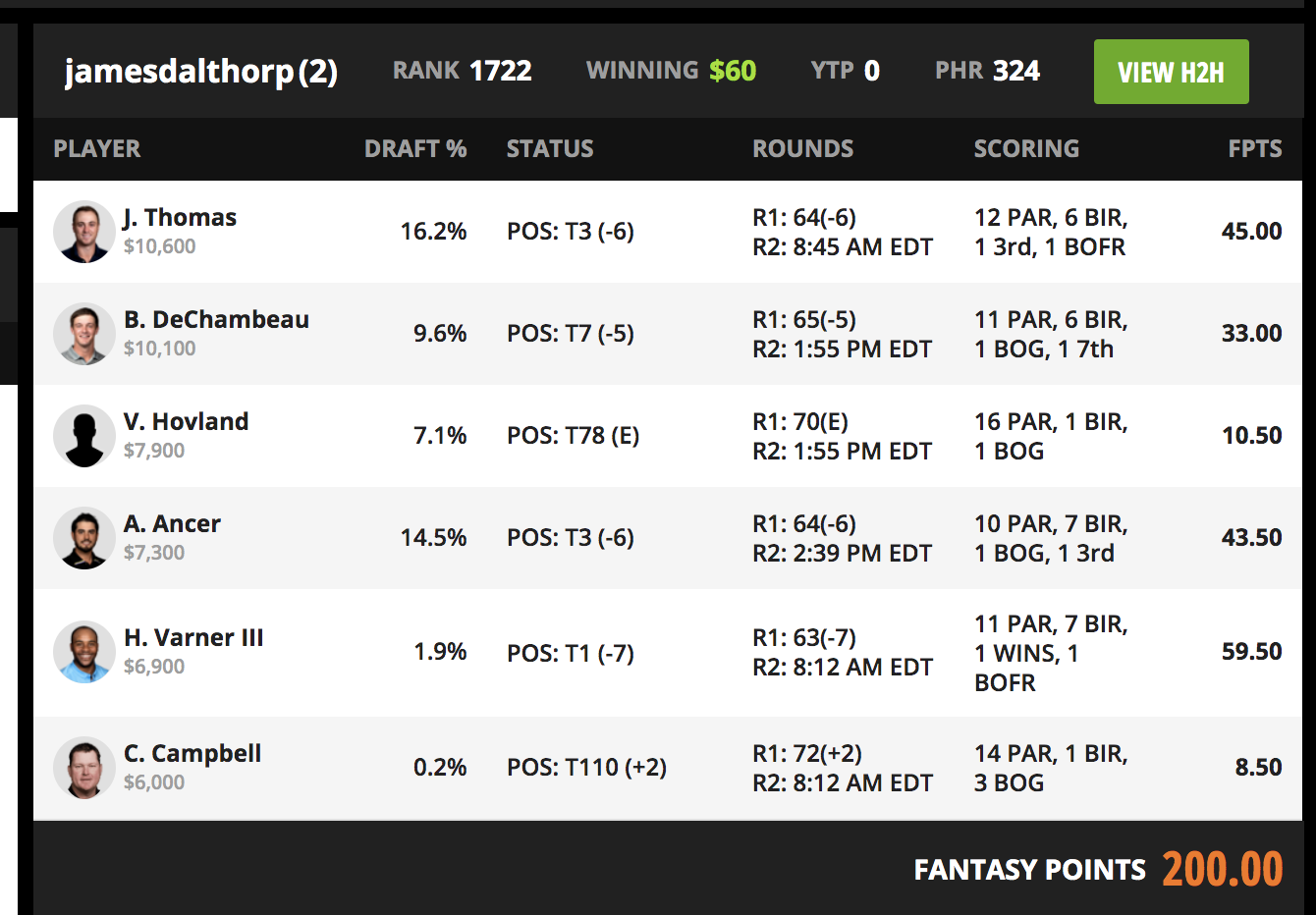 Sometimes, the unexpected energy from a big life moment can make a player step inside the ropes with a little different confidence.

Perhaps the best example of this in major championship history is when a tired and grizzled Ben Crenshaw won the 1995 major just days after burying his friend and coach Harvey Penick, when nobody would’ve given him a chance to win.

While the golf world waited for this round to start at Colonial Country Club, maybe only a handful of fans and Harold Varner himself could have envisioned what a first round 63 would mean, tied for the lead with Justin Rose at -7. Over these past few days, Varner’s voice was suddenly made very public by the requests to address the attention showered his way over the tragic and brutal death of George Floyd at the hands of an unruly police force in Minnesota last week.

Varner, though, wanted people to know that he has felt the unity of many different races in the game of golf – a tune that has brought this community much closer. While the emergence of Tiger Woods certainly brought more people from different cultures and backgrounds to golf (including myself), there’s a stigma around golf in terms of exclusivity that hasn’t always been viewed with much understanding – and this week has really exposed it and shed a new light on the way the game is paving new stories and inspiring a new generation of players.

“The reason I have a platform is because I’m really good at golf,” he said. “I just need to focus on that, and to be honest with you, being on the golf course, it helped me. It’s my getaway, I guess.”

Varner’s social media post echoed the sentiment that we all believe – which is that there’s room for change. However, he also had some very interesting comments about how much people of all races have helped him in this game to become a man and what that has meant to him in a game that has been judged quite harshly for appealing to only the rich and elite.

Things have certainly changed for the better in golf. Last year, Tiger Woods received the Presidential Medal of Freedom after his comeback which led to a Masters win, a medal that was also given to African American golfer Charlie Sifford. Sifford won the USGA’s National Negro Open six times in the late 60’s and early 70’s.

Maybe the coolest stat of the tournament already took place today as well – as Varner joined only 2 other players in the history of this golf tournament to hit all 18 greens in regulation in one round – joining Kris Blanks and… Tiger Woods.

Tiger achieved his feat in 1997, the same year he won his historic first Masters tournament. It was an event where the game of golf clearly deserved a shake-up. Fuzzy Zoeller made a quip about Woods serving fried chicken if he won the event and came under scrutiny – but there was obviously a culture on the PGA Tour that suggested it might not have been ready for Woods. Even the Southern hospitality at the Masters was in awe as Tiger mentioned one of the coolest parts of his win was the black cooks and servers stopping to cheer him on at the end in a very Southern town. There were certainly moments that Woods persevered through and paved the way for golf’s new crop.

Despite the social distancing that golf offers because of it’s widespread play over the course of a few acres of turf, the game still makes strangers into friends by the end of 18 holes – and perhaps that’s what helped Varner seize the moment today.

Commissioner Jay Moynahan had a special message along with Varner that aired on PGA Tour media before the first round – and one can only hope the game can bring more unity to the forefront as it remains a game that stands the test of even the most uncertain times.

While the game can be expensive and sometimes seemingly exclusionary, there are more and more stories like Varner to suggest that talent and support from the right environment can take those who may not have been exposed to golf in a new direction. The game teaches lots of great life lessons and brings structure to it. We’re grateful for Varner taking the lead this week – in more ways than one.

GET JAMES DALTHORP’s Picks THE REST OF WEEKEND