TELLUS WHO TO START

RGIII has all the trust in the world with Barnidge early on this preseason. No reason not to expect RGIII to be motivated to have a breakout game in a stadium he is very comfortable in. Barnidge will have a lot to do with it.

The WWE Wrestler is always more involved in the offense when Jamaal Charles is not playing. Kelce goes into superstar truck mode in the open field at times, with no Eric Weddle to man the secondary. We can see a couple monster plays.

J-Reed has more swag than any TE in the game. He also has a great matchup on MNF. He was definitely the man for Kirk Cousins last season, but will we see Vernon Davis or a healthy Niles Paul steal those crucial redzone targets?

No Stevie Johnson. No Malcolm Floyd. Phillip Rivers has a lot of trust issues on who comes next after Gates and Allen. You can expect the vet to do his thing Week 1 against a team he is very familiar with.

While we are all ready for ‘Turquoise Jesus’ to be a breakout star. It was a little concerning to see Bortles barely target the 2014 BEAST DOME LEGEND.In the end JT will be fine and can breakout any game.

The Fleen machine will get his targets early on in his Saints Debut. Not a horrible matchup either against a Raiders Secondary that is working together for the first time. Regardless, the Saints have a ton of weapons in the passing game, and while Fleen should be a Machine. He can also wipe your Sunday Clean if he does not get the redzone targets.

Cook is going to be a breakout star. Best TE Aaron Rodgers has ever had, best QB Cook has ever had. Not the best matchup in the world, will really put their relationship to the test.

When Luck is in the Redzone, he will trust his man D-All. That is at least what Fantasy Owners will have to tell themselves. Good season coming with no more Fleener, but we want to see it to believe it.

Rudolph has a lot of potential to make a lot of Adrian Peterson owners very angry on Sunday. When the Titans overload the box, Shaun Hill runs play action, Kyle Rudolph big play.

Mariota had a very strange preseason where his favorite WR was a guy nobody even thought fives times about in Tajae Sharpe. We will see if Mariota goes a little vintage and remembers that Delanie was his guy last year, instead of force feeding Andre Johnson and Rishard Matthews.

Ebron is ready to BEAST this season, but it may not be Week 1 as his injury scare from earlier this preseason was nothing at all. I hope for Ebron’s sake he sits this game out, he practiced all week and may play limited snaps. If he plays the full game, he will BEAST this ranking.

(PRESEASON BEAST. USE PW FROM PRESEASON) 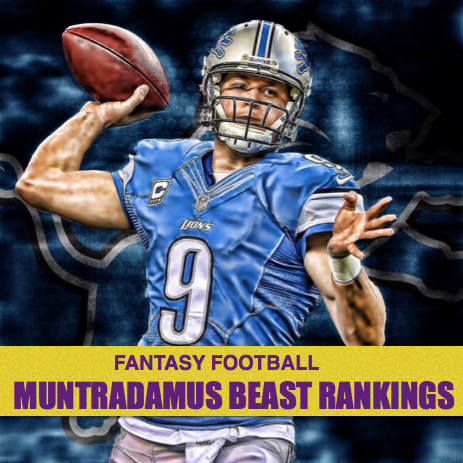 Trying to make money in Daily Fantasy This Year? Trying to set your lineup in multiple leagues? Want Analysis that you can only get from watching as much Football as I do and keeping tabs of every single team watching every single play and watching more footage after the game and analyzing all the data and putting it into my own formulas/analysis to create my custom Rankings?

I am making my price low for Week 1 so you can see how easy it is to make money with me this year if you have never tried before.

(PRESEASON BEAST. USE PW FROM PRESEASON)

9x Daily Fantasy Champion Qualifier. I study more game tape and have gone through so much trial and error to always give myself the best shot at winning. The teams I am sending you are the teams I am riding my money on.

I will send you screenshots of the rosters, I will tell you what tournaments to join, you just have to click. click. click. Then watch the action live, then collect.

I am making my price low for Week 1 so you can see how easy it is to make money with me this year if you have never tried before.