Maybe you are new to the program here, if so welcome to the only place that continued to have Hyde’s back when nobody else did this entire preseason.

Every Expert gave up on Carlos Hyde this preseason after his fumble Week 2 against the Steelers. Beat Writers were saying he should be waived, “Experts” saying Darwin Thompson is the guy to draft ahead of Hyde. 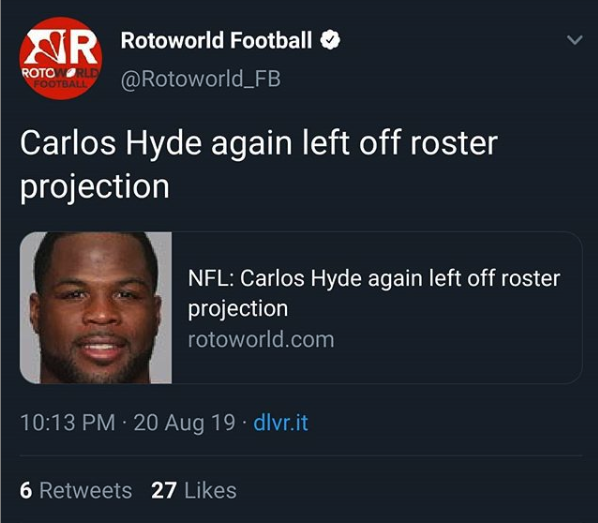 Then out of nowhere. God came and rescued Carlos Hyde, and placed him on a rock and said.

I am putting you on a team that needs you, the Houston Texans only have a small Duke Johnson at RB. They need a BEAST like you to really carry the load while Duke handles mostly passing situations. Carlos Hyde was the leader in rushing TDs before he was traded away from the Browns last season. His RB partner in Cleveland, Duke Johnson.

CARLOS HYDE is owned in 58% of CBS Leagues, he should be owned in 100% by the end of this Waiver Wire period.

The Texans are going to ride Carlos Hyde into the Ground and make sure he is the BEAST RB everyone expects him to be.

I AM YOUR ASSISTANT GM.

You get my Phone # for Text and I look at your roster with you each week. 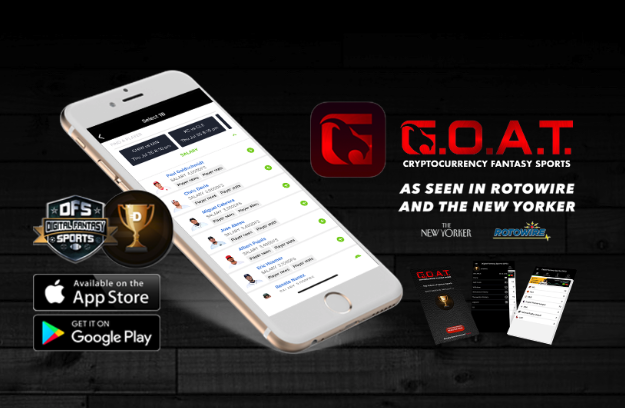 FREE 25 DFS WHEN YOU SIGNUP ABOVE

E-MAIL [email protected] for the Credit