If you have been following the BEAST or BUST collection, this article takes on the number 1 Wavier Wire Claim through all the “Mind Control” Fantasy Football sources. These Mind Control sites then churn out Fantasy Football Sheep, we eat those sheep for Breakfast/Lunch/Dinner.

Not bruning a top Waiver Wire Spot on Fitzmagic

Making sure you did what it took to get Calvin Ridley

This week, the topic is Nyheim Hines. All the Sheep Experts loved Nyheim “The Dream” but they should quickly realize they are being incepeted and have to wake up quick before their Fantasy Football seasn collapses on them.

While Nyheim looked nice raking up points on points on points through the passing game as the Colts were in heavy comeback mode late in the 2nd half against the Texans. Texans had no problem giving up the 4 yard pass to the RB as the clock ticked down. Hines did come up with a big TD late in the game, also his 2nd TD of the game. Then added more points in OT, his 2nd possesion of OT.

Now all the Sheep who used their top Waiver Wire Spot to get Hines as a viable long-term grab, did not think about the fact the Colts were without TY Hilton (Injured hamstring)/Jack Doyle/Marlon Mack/Robert Turbin. While Hilton and Doyle will likely be out this week, as well as Mack who is still battling to get closer to 100%, Robert Turbin re-joins the squad. The Colts have already made it clear that Turbin will have no role this week, but the truth is there, Hines is only getting the numbers he is getting because the Colts are so short-handed, so while this dream may spill into Thursday Night Football, if the Hines owners hold on and play Hines starting in Week 6 when all those players should be at full strength. Then you will just realized you wasted a Waiver Wire claim for a 1 week stud. 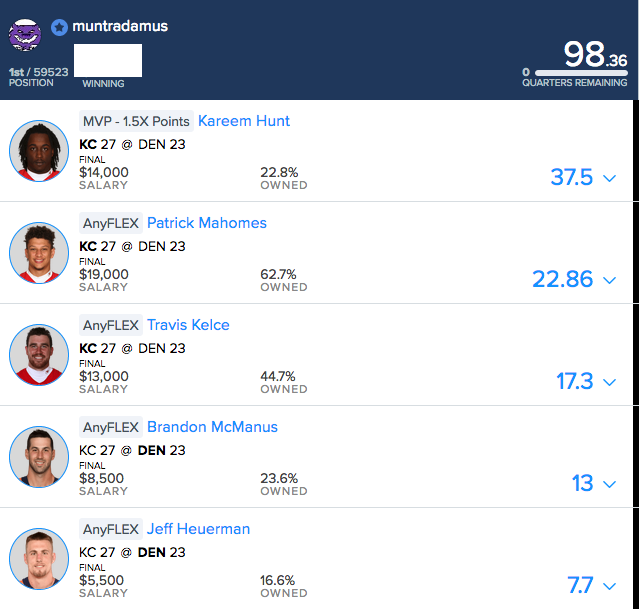