WATER UNDER THE BRIDGE (WEEK 7)

The Cleveland Browns had hope and aspirations of making the playoffs again. They now find themselves with a roster that features a QB in Case Keenum who should be out of the league, and a RB duo in Johnson/Felton that makes Chubb/Hunt look like automatic Hall of Famers. This is not the Cleveland Browns team from sevent Weeks ago that is for sure.

Luckily they are at home against a Denver Broncos team that started 3-0 and quickly lost three straight. Blame it on the Goose, Blame it on the Henny, Blame it on their offense, Blame it on Teddy. Well it is not Teddy’s fault, he is doing the job of moving the ball down the field better than Drew Lock, but not really scoring enough either. Real reason they lost their last three games was because all three games were all against playoff-caliber teams (Ravens/Steelers/Raiders). They should of beat the Raiders.

Regardless this is a matchup where the real Teddy Bridgewater should stand up and find the open weapons. Last two games Courtland Sutton has been locked down by Pro Bowl-caliber Corners. The Browns definitely do not have one of those as Denzel Ward is looking good, but looking more like a player who has already reached his peak.

The Broncos should be able to move the ball with ease, and the running game of Melvin Gordon and Javonte Williams should both be successful on the ground. Once the Broncos have a lead, running the ball is the only thing this offense will do to make sure they secure the bag. The Browns offense is going to have trouble coming back from any deficit, and that is what will happen in this one. 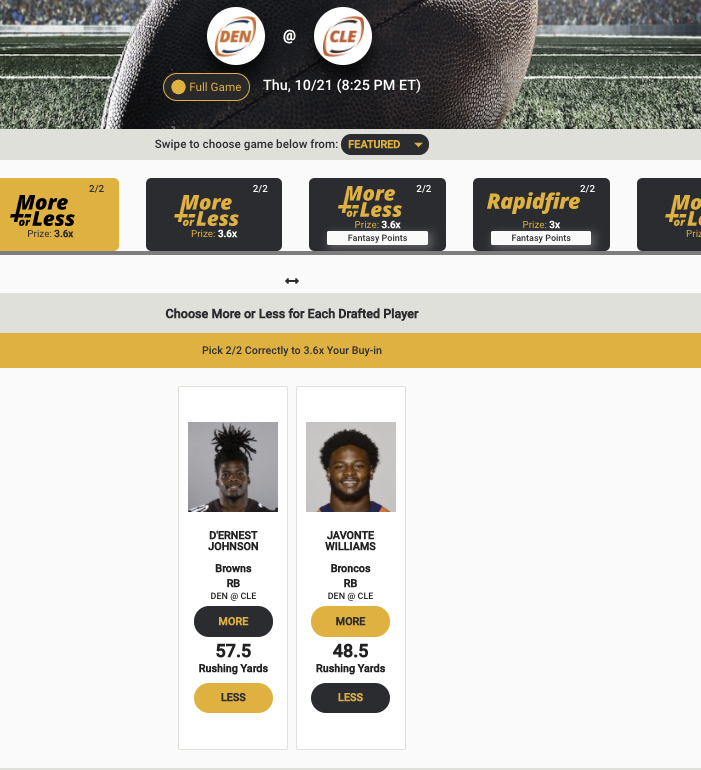 Javonte should be able to make some big plays on the ground despite sharing time with Melvin Gordon. As long as the Broncos have any sort of lead, running the ball consistently is what the gameplan will be. Javonte and Melvin Gordon should both do their thing.