What a terrible situation this Deshaun Watson scandal has turned into. With the Texans looking like a surprise playoff contender team with Tyrod Taylor making it look easy through 6 Quarters. The hamstring gave out and now the Texans who were looking at a possible 2-0 start are now 1-1 with a crucial stretch of games coming up without their starting QB. Perfect opportunity to bring Deshaun Watson back as the starter, but NO. The Texans are denying Watson the ability to BEAST and prove he is one of the best QBs in a league. Instead, Watson is going to be in a court case for something that is very over-dramatized and distracting from the world’s real issues, not a star QB who wants a masseuse to rub his butt cheeks or bringing in a towel that is too small. Only because he demanded a trade.

What is also too small is the chance of the Texans making the playoffs or doing anything with Davis Mills at QB. Imagine Eli Manning as a High School QB Senior Year, and that is what you have with Davis Mills. He is not developed and he is not ready to take on a hungry young Panthers secondary. Sure Brandin Cooks is a version of Tyreek Hill, but Davis Mills does not have the arm strength to zap passes in there. Only thing Cooks can do is beat the defense and run under the deep Philip Rivers type lob. The Texans can try to run the ball, but the Panthers D is more or less built to stop that. Just ask Alvin Kamara.

The Panthers offense comes into town and they are a confident bunch at 2-0. CMC will be busy with touches, but the Texans do have a lot of talent in their front 7. When CMC is clicking, the offense can click pretty easily. Something we definitely learned, but probably already knew Sam Darnold is looking like he definitely was not the problem in New York. When you combine the upside of Darnold moving the ball through the air, and CMC churning away with his touches and yards. The Panthers offense should roll and control the clock for a majority of the game. 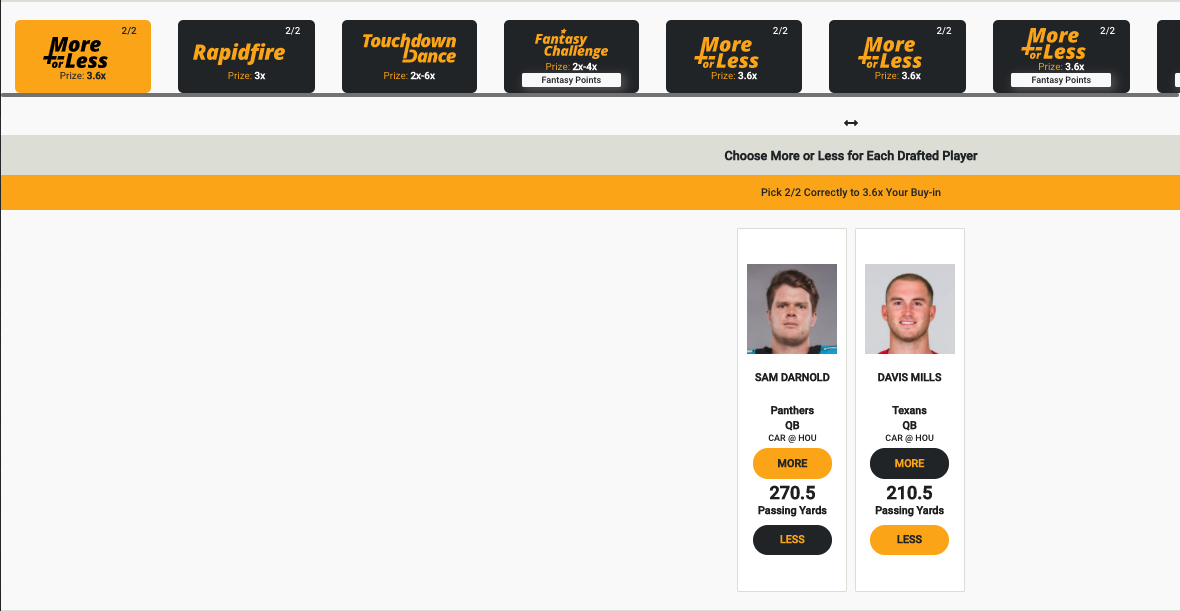 The Panthers offense will need to get something done through the air in order to win. The Panthers should win and Darnold should look good getting his passing yards.

DID NOT DRAFT WITH BEAST DOME?