If we wanted to re-confirm one thing we both knew already heading into this season. Both Cam Newton and Jameis Winston are very inconsistent QBs at times. Between Cam missing open WRs, and Jameis throwing the ball straight to the 49ers Defense last week, both QBs still look like they are in the league because of their rushing ability more than their throwing ability. In Carolina, how will the game shakeup?

Jameis Winston is going to have open WRs. The Panthers secondary is average+ at very best. On paper the Panthers have a strong Run D, but they really fell apart in the 2nd half against the Rams last week. Tampa is not very patient with their running game, to the point if it did not work early they might just stop doing it completely. Ronald Jones is on the verge of taking lead back responsibilities. However Barber plunge up the middle for 2-3 Yards should still dominate carries for the 1st Half.

Tampa will have opportunities, it is just going to come down to Jameis Winston making good throws. He is capable, but it has to be a night and day reversal from last week. All in all, Mike Evans and Chris Godwin are good starts as always, you can give the nod to OJ Howard. After that, depending on Jameis to deliver high-end QB numbers on the road this week nor the running game is anything I would be too excited about.

Super Cam does not want to start out 0-2, both losses in Carolina. Look for CMC to get all the touches he can handle tonight to really pace the offense. Greg Olsen looked semi vintage, Cam likes him as the true #1 WR, however DJ Moore had a nice debut and appears to be someone Cam will rely on if he wants to throw outside. Curtis Samuel had some moments, but in the end getting a Cam who can throw the ball down field has not been a reliable thing for years.

Cam Newton does have an easier challenge than last week, which is good because the Panthers showed they can move the ball last week against the Rams. Look for Cam to use all of his weapons, and CMC to dominate the ground. Greg Olsen is a TE2, BEAST Season members who stole him as I ranked him higher than any Expert by a long slide preseason, feel free to text me.

In the end look for Cam to take advantage of the nice home matchup against a not so scary Bucs secondary. Lots of weapons will be open down the field, and CMC is going to be a workhorse that will control the game. Jameis and the Bucs passing game can do some damage in garbage time. Panthers will do whatever it takes to not start 0-2 with both losses at home. 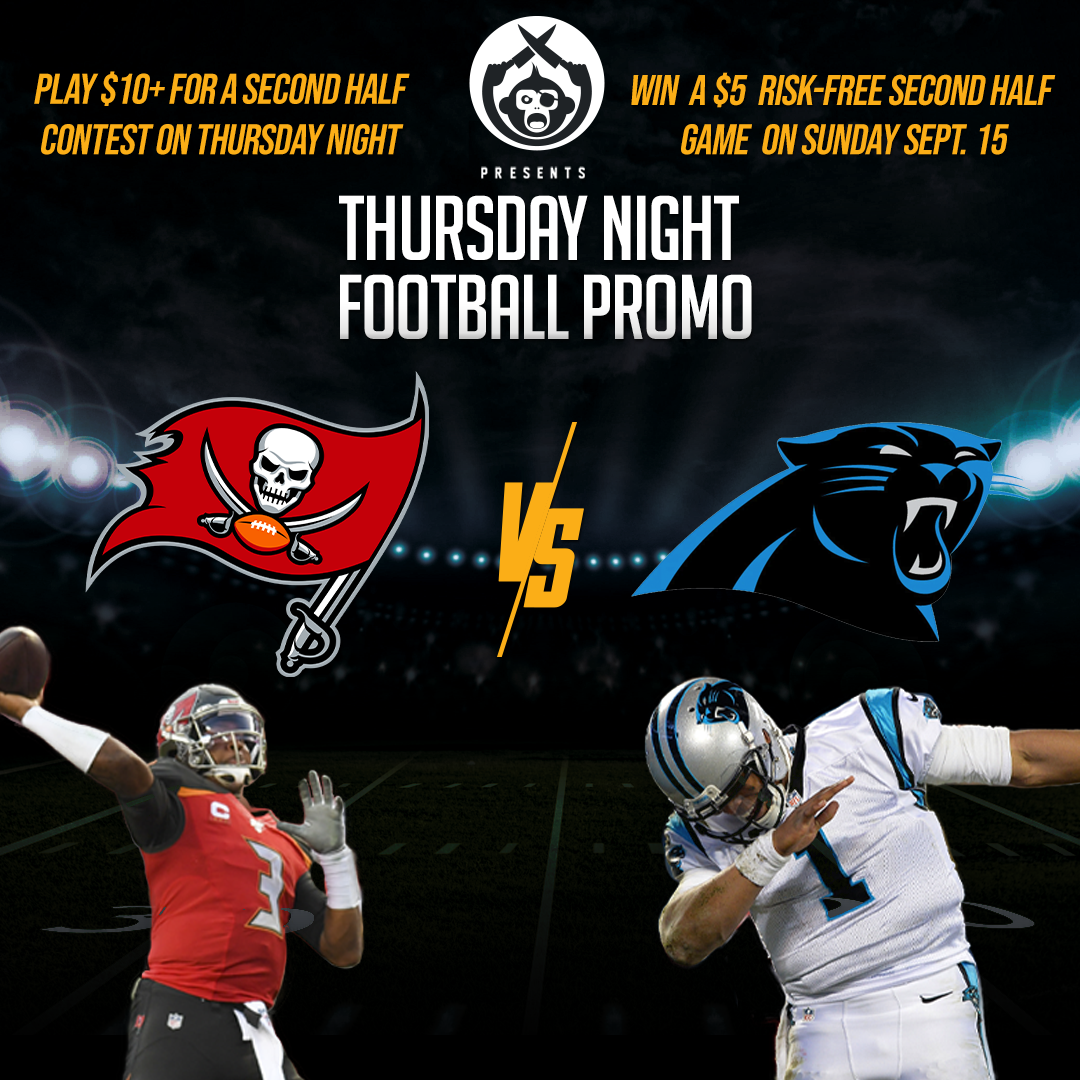 Take advantage of the Promo above with my Promo Code.

E-Mail me [email protected] when you do the offer above getting a new signup (Wife/Mom/Dad/Husband/Sister/Brother/Cousin). I will give you all my Monkey Knife Fight Picks for Week 2!

Get multiple signups and you get more! E-Mail me for questions. 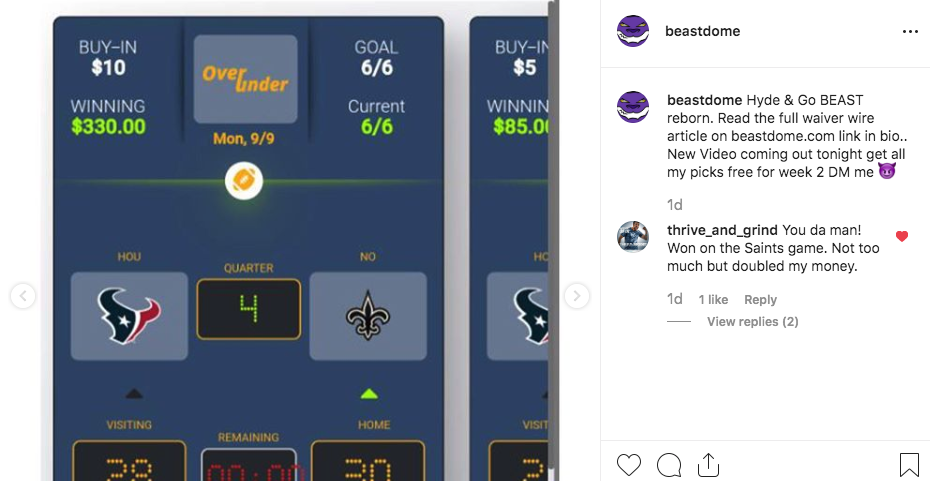