WINS COME TO THOSE WHO TATE

It seems like a life time ago since we had the breakout Golden Tate performance from last Sunday, but it was less than a week ago. Behind Tate/Boldin/Stafford, I find myself 3-3 and only 1 game out of 2nd place. Long season, anything can happen but it looks like I have done enough to overcome all of my RB injuries to start the year (J-Stew/Murray/AP). 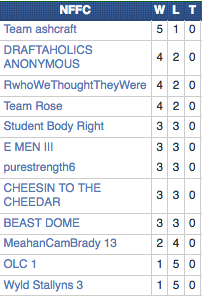 This week the featured player is no other than.

Many teams that own Latavius have the luxury of resting their star on their bench while we wait and see how Murray responds from his turf toe injury. The good news however for Latavius Fantasy Football owners is, DeAndre nor Jalen Richard really did a lot to pull away. Both RBs looked nice, but nothing special. Latavius Murray is a Superstar, they cannot hold him chained down any longer.

This week going up against the Jags. I really do not expect much. It was between Sproles and Tavius for the last roster spot. Sproles has been garbage and goes up against the Vikings Run D. I will take my chances and see if Latavius can rush for over 50 Yards and do enough to show, he is the BEAST that Oakland needs to rely on. 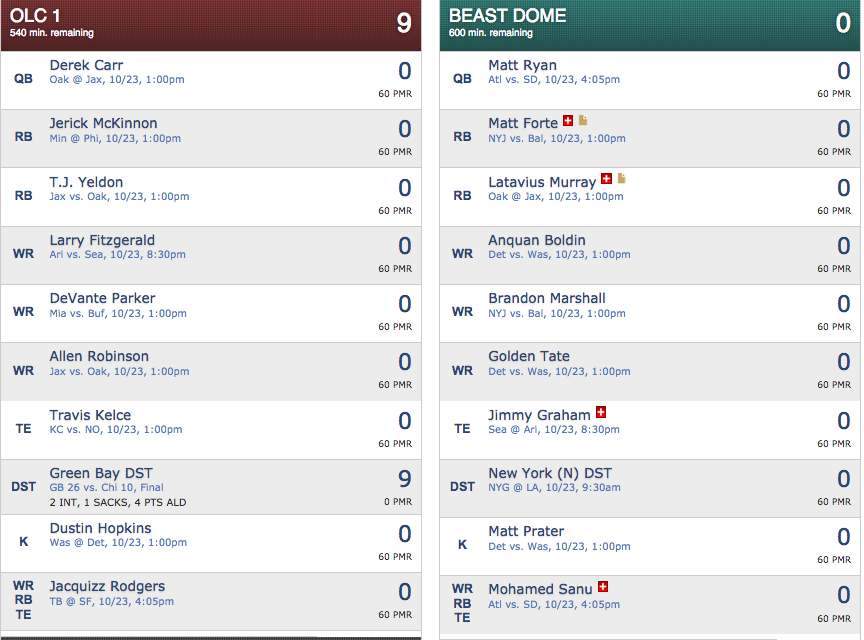 Should be another win to add to my record. First thing first, Allen Robinson cannot breakout against me. All signs are pointing to that happening this week, but even if A-Rob does go vintage on me. I still have Matt Ryan who is the best QB in the NFL going up against a Chargers Defense that has no chance of slowing him down.

Should be an interesting one, would be nice if I had J-Stew available instead of Murray, but Latavius’ Carries Matter.