*I will not be on BD Chat This Morning*

Team BEAST DOME missed out on the good BEAST DOME Sleepers. Dropped Thomas Rawls earlier in the Season. Now finds itself just planning for the Fantasy Playoffs which begins in Week 14. Everyone makes the Playoffs in this league, but it is out of of all the NFFC teams that did not qualify for the Championship. My odds of winning it all is not strong, but the good news is my team is unique enough where all my players will stand out as sleeper calls outside of Brandon Marshall. 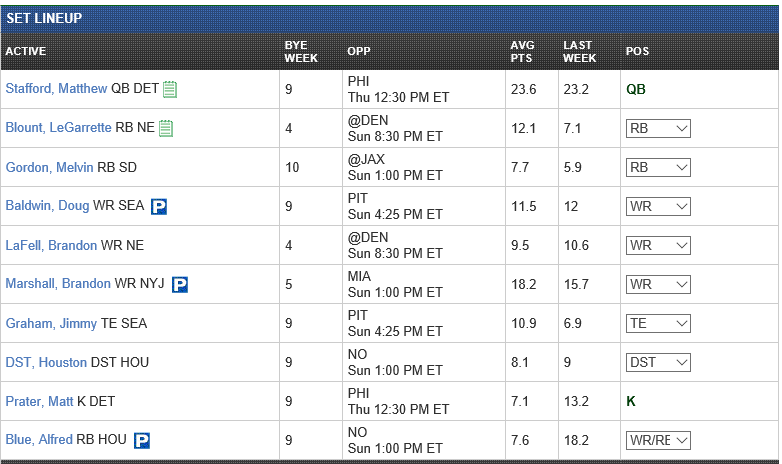 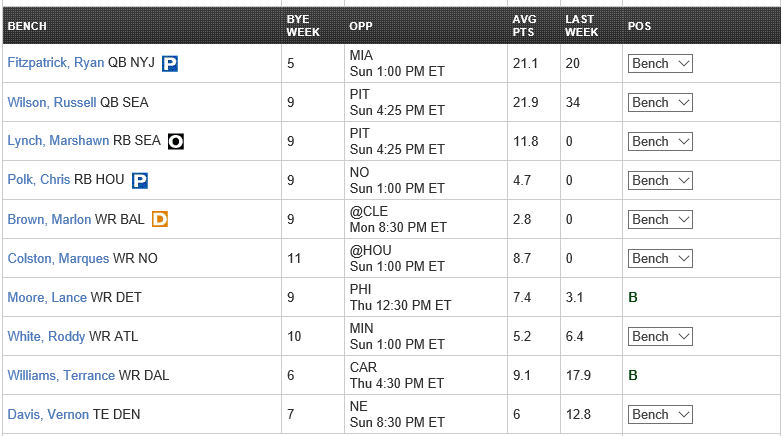 With Marshawn Lynch done I need to depend on Doug Baldwin even more. He is not guaranteed more targets, but the last two weeks has seen him get consistent action. He was also 1 yard away from scoring a TD in back-2-back weeks. I am hoping Vernon Davis can build on his recent success with Brock and become a consistent TE#1, for my team that would mean FLEX.

Besides Jimmy Graham, I really need Alfred Blue to step and be a RB#2 the rest of the way. The Texans are committed to giving Blue the ball in games they can win. The Saints defense has been a joke all season as they were never able to stay healthy. Time for Blue to get his fantasy points.

Most important of all. I need Stafford to be the MVP he was on Thanksgiving everyday to close out the season. The potential is certainly there as Dome Games are on his schedule from here on OUT. 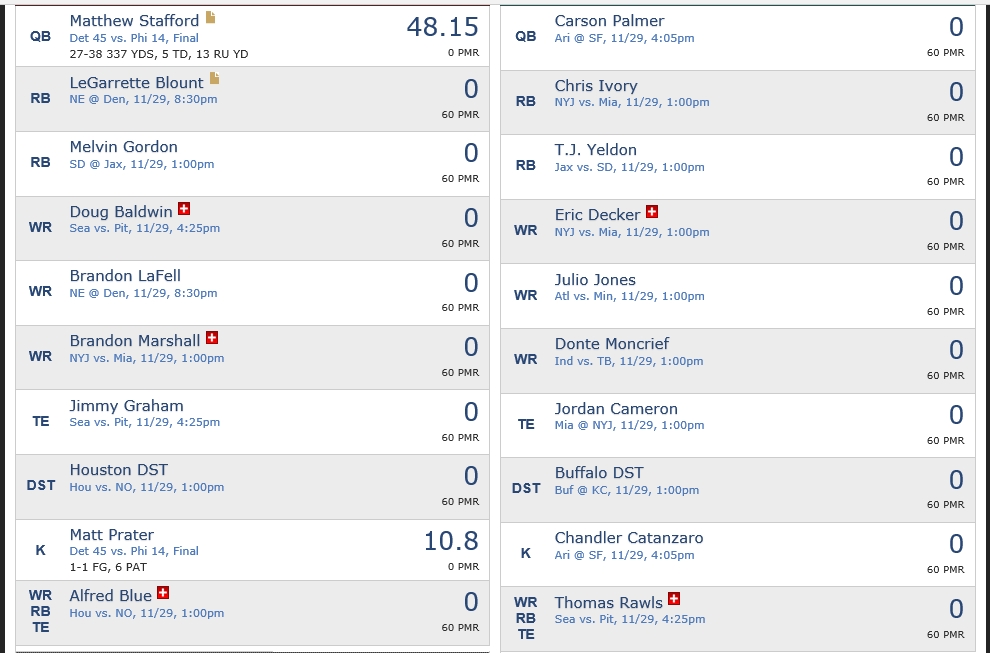