Team BEAST DOME has gone through ever

ything a Fantasy Football team can go through.

Once this team had a 4 man RB committee of Marshawn Lynch/Arian Foster/Melvin Gordon/LeGarrette Blount. One that sounded like it could not be stopped, now has two #1 quality RBs with a desperation sub in Gordon.

Once this team had no WR core outside of Brandon Marshall. Now I have an every week WR#1 in Brandon LaFell as well as a circus animal collection of WRs to plug in at Flex and WR#3.

This past month for TEAM BEAST DOME has not been one to remember, but the Circle of Life aka the Circle of Staff is about to come all together as Matt Stafford is ready to carry this squad to the next level. 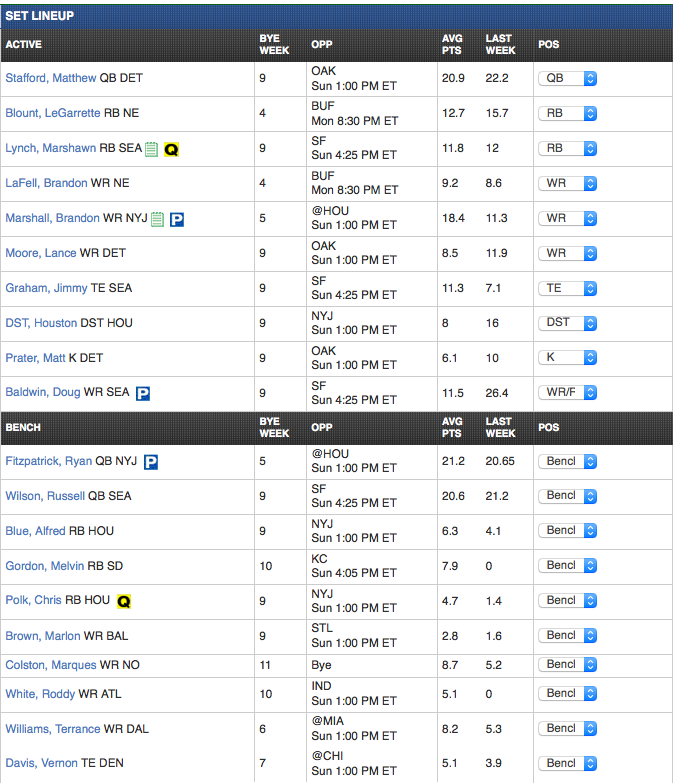 Finally Stafford will stay in the Dome to close out the season. Something that has tremendous value as the weather gets colder and the wind starts to pick up. Stafford pulled off the impossible last week and made Las Vegas more money they could ever imagine as he was able to pull off the huge upset against the Packers. To start off Week 10 against the Packers, Stafford was 1/7 for 10 Yards and it appeared that he and the Lions were as worthless as they were before the Bye Week. Then things started to change, Stafford had time to throw and the Lions got some big time momentum drives where he took his team the length of the field multiple times. That confidence is all he needs to close out easily the best Fantasy Football Schedule in the NFL. 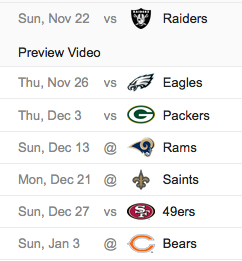 It is vital that you run with Matt Prater during this time as well. You will be saying QB/K multiple times a game for the next 3 Weeks. We will decide Week 14 if Stafford gets the nod, but these next 3 games is his time to be the Best Fantasy QB in the NFL. Start him with confidence in all leagues.

Not Megatron, Not Golden Tate, but Lance Moore has caught Touchdowns in 4 straight games. Good flier to have on the team, as long as Stafford is whipping the ball down the field, Lance Moore is a good desperation play. My WR core has been shaky all season and I am willing to put my chips on the table with Lance Moore and the Lions Passing game. Anything above 4 receptions and 53 Yards is the minimum this team needs to be strong.

There’s no doubt this season has not been a glory path to the Championship. In fact, it has been nearly the exact opposite. There is a chance to make money during the Fantasy Playoffs in the Consolation Bracket, and that is where I will have to make my money if any as my team is shaping up with a nice roster to close out the season. At this point I am playing the role of ruining other teams seasons as they fight for best record. I could show you my other teams that are doing well, even winning. Yet I will continue the story of TEAM BEAST DOME in what is a fight to show, you should never give up.

If I can pull off the Detroit Lion upset and in shutting down CCs, then his season is officially over as he can only hope that his 2nd place Record would make him money. All depends on Stafford being a BEAST and my WR core keeping it close. Adrian Peterson should be a BEAST this week and maybe, just maybe. I can pull it off. Really depends on my Seahawks getting it together. 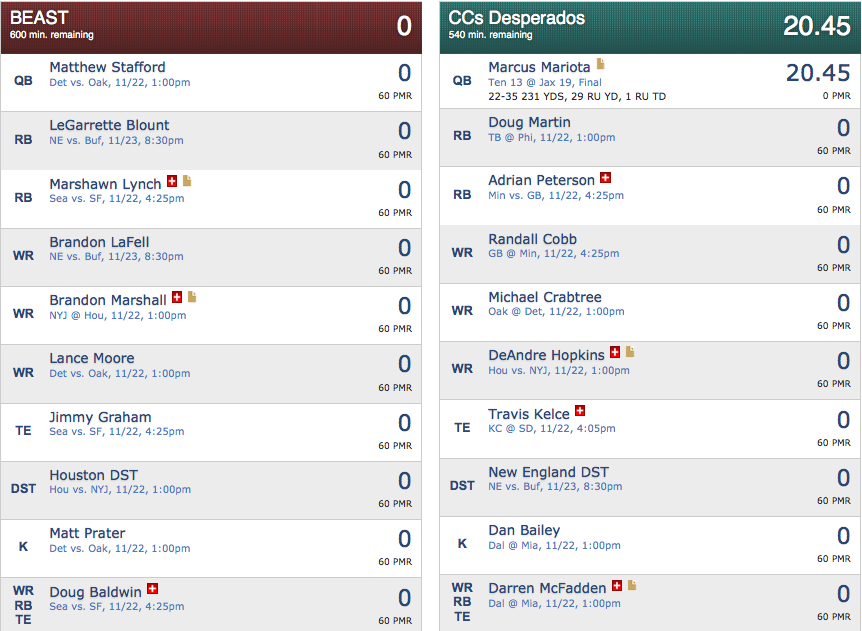