NO CHUBB TO SEE HERE (BUST)

Last season the Browns were supposed to be America’s sweetheart and make a deep run into the Playoffs. None of that came close to true as Baker Mayfield looked mediocre at best for the majority of the season, and the defense could not stay healthy. However, there was one very bright shining star of the Browns seasons, the dominance of Nick Chubb.

Last season Chubb was turning in a very solid RB1 performance very consistently. Averaging over 100 Yards in his first 9 games on the ground, Chubb had fantasy owners very excited to the point where you had to ask. Is that a banana in your pants? Or did you draft Nick Chubb?

His catching stats out of the backfield during those games. First column catches, second column targets. Third, Yards. 0 TDs. 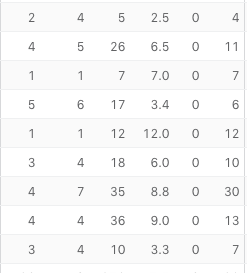 As you can see, Chubb was putting up Marshawn Lynch type of ball catching stats. Making him a super sexy standard league RB, and still an RB1 even in PPR leagues. However that game against the Bills on November 10th was the first game Kareem Hunt returned. Look at Chubb’s numbers to close out the season once Hunt got in the flow of the offense.

If Nick Chubb was a stock during the last portion of 2019, you would essentially be cliff diving in Mexico with how much value he lost over that time. Only two rushing TDs when Hunt returned, and only two rushing TDs in his last 11 games. That is downright HORRIBLE!

Now the Browns have Kareem Hunt for the entire season and he is very confident with his team. The Browns feature him heavily in the passing game as well, and it reflected Nick Chubb’s already barely acceptable PPR type of production, to basically non-existent when closing out the season. Since Hunt’s return to Cleveland after his suspension, Hunt had 3 TDs vs. Chubb’s 2.

This season the Browns offense is expected to be better. They made moves in the draft to improve the offensive line, they also grabbed Conklin from the Titans who was maybe their best offensive lineman. The Browns also got a lot better at TE adding Austin Hooper. All of this means the Browns are starting to be stacked on offense and could maybe be the juggernaut they were supposed to be in 2019.

However with all this improvement from the Browns, and the rise of Kareem Hunt. Nick Chubb is still being drafted as a borderline 1st Round/2 Round Pick in all Fantasy Leagues. It is amazing the selective memory people decide to have when it comes to Nick Chubb who had a split personality.

Before Kareem Hunt, Nick Chubb was an obvious RB1 in all Fantasy Leagues, destined to finish as a Top 10 RB. Since Kareem Hunt’s return, Chubb played closer to a high upside RB2, in PPR leagues a normal RB2. The carries were dropping quickly, and the time on the field was cut drastically. Still, Chubb is being drafted as if Kareem Hunt does not exist.

I would not take Nick Chubb in Round 1/2 or 3. Drafting him is not part of the BEAST Draft Strategy and being stuck with him is being stuck with an inconsistent RB who could find himself on the wrong end of his RBBC situation with Hunt on any given Sunday if Kareem is starting to look vintage 2018.

The quickest way to lose your Fantasy League, get inconsistent production from your 1st/2nd Round Pick.

GET THE BEAST DOME DRAFT GUIDE