Heading into the 2019 season, everyone considered Lamar Jackson a Running Back who was playing Quarterback. The jokes were everywhere on social media, and people could not get enough of them.

Week 1 of the 2019 season, Lamar Jackson went off against the Miami Dolphins to the tune of 324 Passing Yards and 5 TDs. From there Lamar went on to win MVP and those jokes never really happened again.

Now we are in 2021 Week 10, Lamar Jackson is playing his best Football probably since 2019 and has a matchup against a Dolphins Defense that has been rebuilt a bit since. In 2020 we saw the Dolphins D come alive and they are continuing the trend even coming off of an impressive showing not allowing Tyrod Taylor and the Texans do anything last Sunday. The secondary, the front 7, all of it is solid however Lamar is doing so much right now there is probably not a defense that can stop him.

Jacoby Brissett played good Football last week and did enough to ride the Dolphins to a win last week. Dolphins should cancel the Tua project it is obviously not working and what we are learning is the NFL is a completely different level of competition when it comes to the QB position. Pretty much only one or two QBs from every draft class are living up to their potential, Tua is not one of the guys from the class.

No matter who the QB is, the Ravens D is too talented for the Dolphins offense. Without Davante Parker and Will Fuller the Dolphins cannot get downfield, and relying on Gaskin against that Ravens Front 7 is a disaster for a long day. 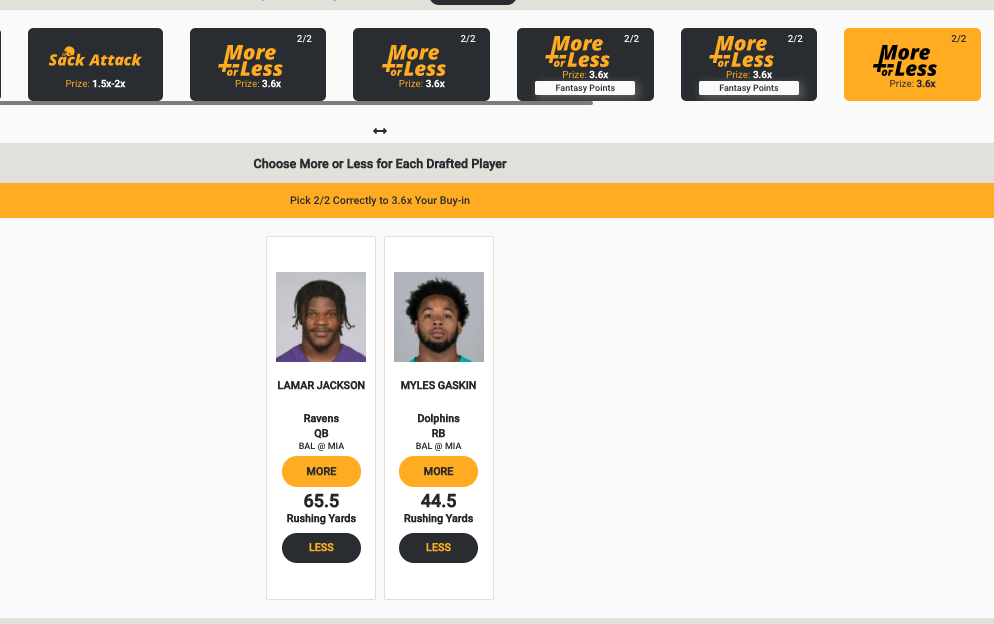 Lamar can get it all on one play if he really wants. The way he is throwing the ball, defenses have to respect the pass, but the way he is running the ball, he can destroy any defense. 70 Rushing Yards+ is always part of the gameplan when Lamar Jackson is the QB.

Gaskin may have a tough time running the ball, but as long as the game is close Gaskin is going to get a ton of touches. 15+ carries can be expected, if he can average over 3 yards a carry which is very minimal, he still hits the goal.