Last Season no Expert Ranked David MontyG higher than BEAST DOME. He was an easy steal in Round 4 and turned out to be a Top 5 RB. Heading into 2021, the Bears made a terrible move to start the season with Andy Dalton. Dalton is no longer a playoff caliber QB and it makes no sense for the Bears to make such a terrible move. One of the many reasons MontyG was not a Draft Guide candidate.

Going into LA to play the Rams is the worst thing this underachieving offense can start the season with. Aaron Donald and company will look to shutdown the run, and it should not take long for the Bears to fall behind in this one. It is a long season, and the Bears will want to preserve their star RB when this game gets out of hand.

On the other side Darrell Henderson is not good and the Bears Run D can still defend. Michel is the kill the clock RB. Stafford pulls the Rams to an early lead, Michel closes it out.

GET MY WEEK 2 RANKINGS 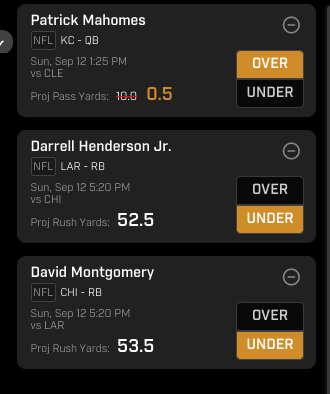 PROMO BEAST (When you signup)
DEPOSIT $20

Then E-Mail [email protected] to get Week 2 Rankings.