Fantasy Football BEAST OF THE WEEK

After Winning #1 Expert on FantasyPros for Week 2, and watching an old time BEAST DOME Legend tear it up on Thursday Night in HYDE & GO BEAST. Lets continue the trend and do. BEAST OF THE WEEK.

Last season I ranked Terrelle Pryor +30 spots higher than the expert consensus. This season all the Sheep Experts who were promoting him as the player they must draft in the 3rd Round are not looking that great early on. With less than 100 Yards Total in 2 games, it is time to get your Pryorities straight and jump on the BEAST DOME BAND WAGON. Which means jumping on Pryor.

Terrelle Pryor is going up against his old Oakland Raiders. The Redskins will be taking as many one on one shots as they can get with their big superstar. Terrelle going up against his old squad is going to bring out the INNER BEAST in Pryor. The Raiders secondary cannot really guard his speed and size, in fact very few corners can. So far this season Cousins has been looking in the middle of the field more than taking his shots with his new superstar toy.

The Redskins need to win on Sunday Night Football and the way they are going to do that is by getting the crowd involved. In order to get the crowd involved and get that jolt of eletricity, Terrelle Pryor is going to make some big plays.

GET YOUR PRYORITIES STRAIGHT AND SIGNUP FOR A BEAST DOME PACKAGE TO BEAST YOUR FOOTBALL SUNDAY. 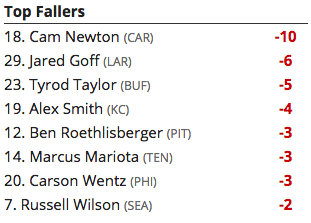 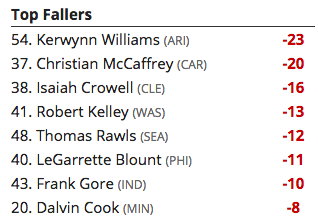 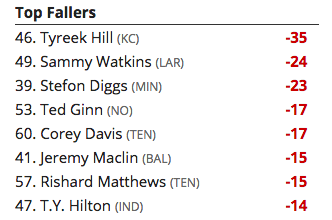 Week 1, I ranked Stefon Diggs #1 overall. CAN YOU DIGGS IT

Week 2, I rank him #39. No other expert adjusts on the fly like I can. While doing it correctly as well.

SIGNUP FOR THE DAILY BEAST PACKAGE

HAVE A BEAST FOOTBALL SUNDAY