The time is here. The time to give tribute to the BEAST DOME MVPs which made the VIP Package worth every penny this preseason. Below you will see picks that single handily brought you to your Championship, or even took it home. To be choosen on this list I must have either ranked the player way higher than the Expert Consensus Ranking, or Ranked him in the Top 100-99% range.

All of the Players below were recommended heavily in the VIP Program and all Rankings were viewable all Preseason long. 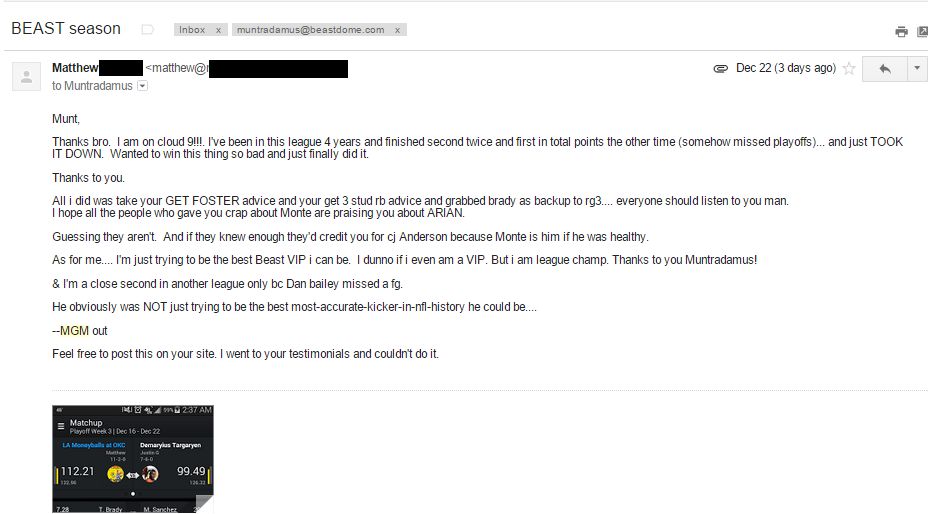 What more can you ask for from any Fantasy Football Website. BEAST DOME once again gave you the BEAST picks to lead you to your Championship or Playoffs. Year after Year, BEAST DOME continues to lead the way.

If you can find a better website for preseason advice, you are kidding yourself. 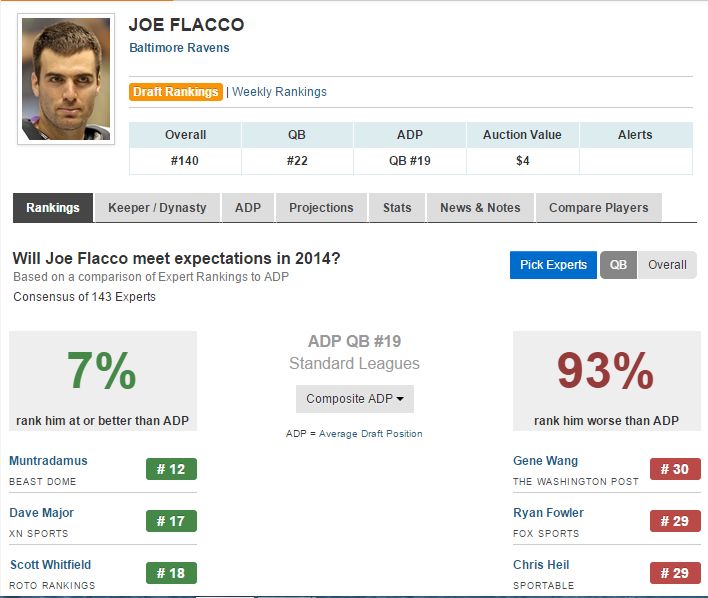 Guess who has more TDs. Matt Stafford or Joe Flacco? While every Expert was telling you Joe Flacco was not even draft worthy. I was hyping him up as insurance for RGIII if anything were to happen. A player you can draft in the last round if you missed a solid backup, or add first thing off the Waiver Wire. Joe Flacco had one of the best seasons of his career, and no other Fantasy Site ranked him close to QB #1 material in 12 team leagues.

The answer is Joe Flacco with 25 heading into Week 17. 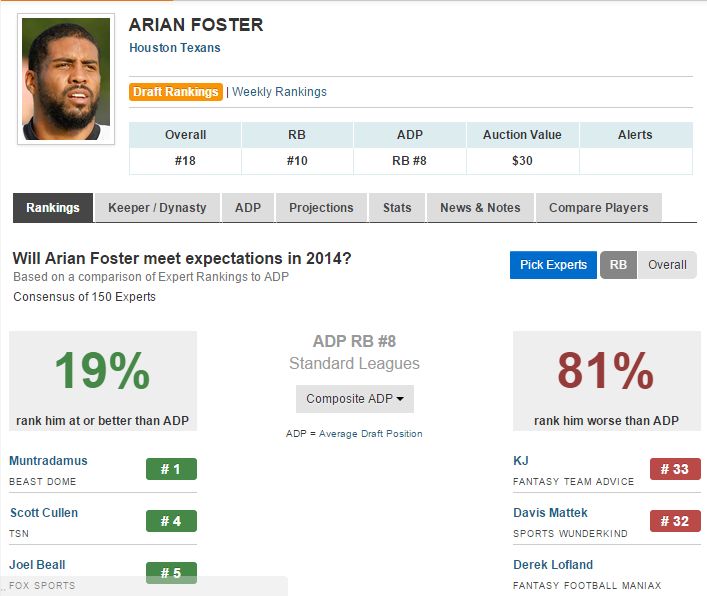 Where to start with Arian Foster. Not only was he a BEAST for Fantasy Football Owners in their Championship game where he even threw for a TD! He was a BEAST everytime he took the field. Only one time this season Arian failed to score double digit fanasy points, and that is when he played at less than 50% early in the season against the Bills. Nobody believed this season could be done.

If you drafted Arian Foster this season in the 1st Round like I strongly suggested. Your draft likely sounded something like this. 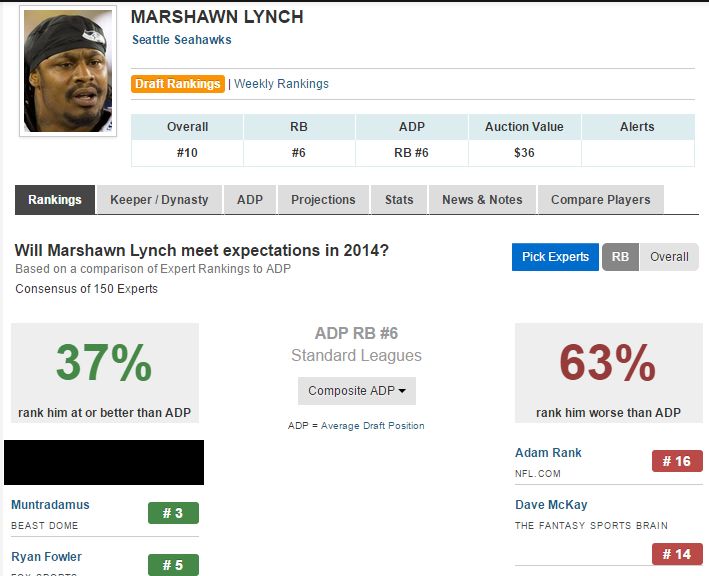 No Fantasy Expert Ranked Marshawn Lynch higher than myself this season. The person I had to black out submitted their Rankings after Week 1. Everyone this preseason was all about Christine Michael and said Marshawn Lynch was a BUST. I had his back because I know how dominant of a RB he is and how important he is to the Seahawks Success. The BEAST DOME Nation rode my back on the pick, and Marshawn Lynch with 100+ Yards and 2 TDs in the Championship to go along with a BEAST season was everything BEAST DOME owners wanted. Marshawn also led the RB class in TDs.

Adrian Peterson was my #2 RB, so if you remove him. I was the only Expert to Rank Arian and Marshawn #1/#2 and besides Bell/Murray who nobody ranked anywhere near the Top 3. I had the two right RBs for the second year in a row (McCoy/Lynch 2013). 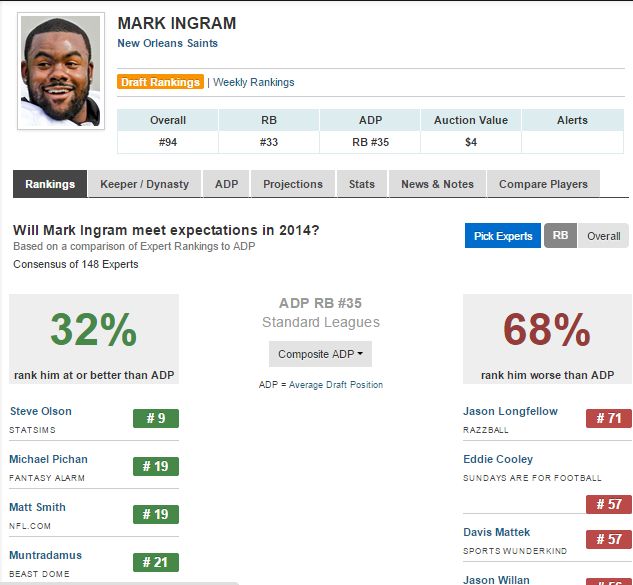 Chances are, if you are a VIP member you were able to grab Mark Ingram at the end of your draft as a RB #5 with confidence. This sleeper pick alone gave everyone the RB depth they needed if they were struck hard by the Ray Rice situation, or needed a RB fill-in option while Arian Foster missed a few games. Mark Ingram was a BEAST and BEAST DOME was once again ahead of the curve on one of the surprise studs of the season with over 900 Yards Rushing and 8 TDs heading into Week 17. 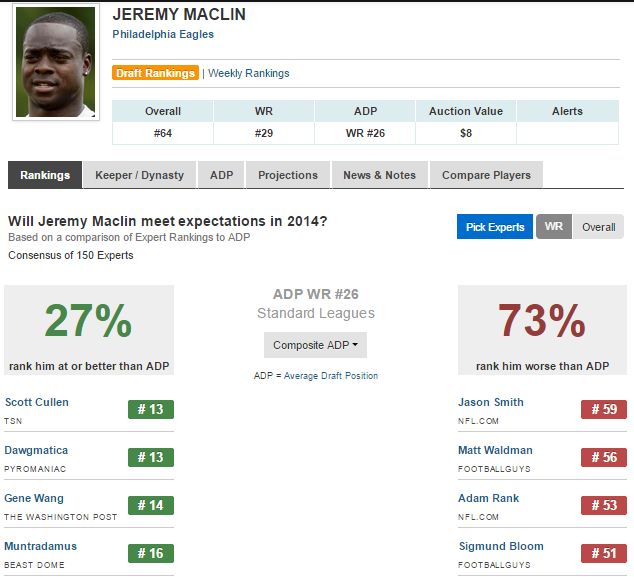 Fantasy Football owners were afraid Jeremy Maclin would be injured. They were afraid he was not going to be the #1 option in the Eagles offense. All of those Fantasy Experts who led them in that direction were completely wrong. Jeremy Maclin was a BEAST this season and had more yards than Dez Bryant. 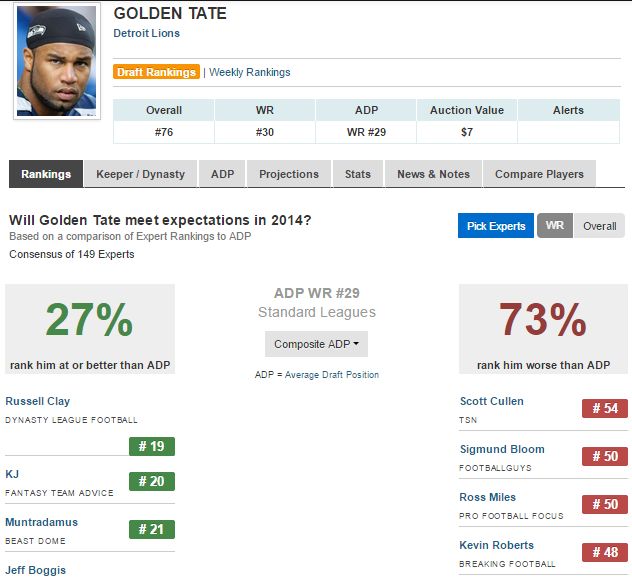 Golden Tate is another WR I was pushing heavy this preseason. For the first time Golden Tate had a QB with an ELITE arm and Calvin Johnson would command Double-Teams leaving Tate with all the room in the world to work with. Golden Tate had a great season leading many to Championships with his clutch Week 15 performance of 17+ points in PPR leagues. 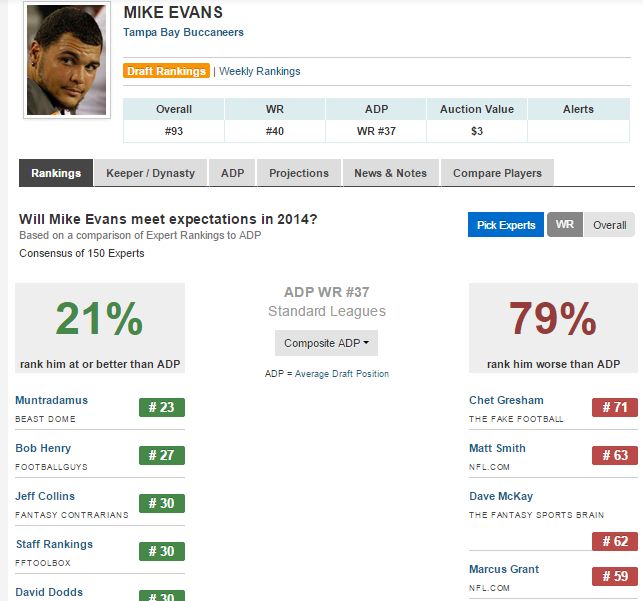 Arguably my best pick of the season. Mike Evans is a BEAST WR who will be in the BEAST DOME Hall-Of-Fame when it is all said and done. Mike Evans has a bright future and I was pushing this guy heavy all preseason long telling VIPs he reminded me of the next Randy Moss. If the Bucs can figure out their QB situation for 2015, Mike Evans could contend with the league lead in TDs.

The defense all VIPs were drafting at the end of their drafts. The Texans currently Rank as the #2 D/ST heading into Week 17. This unit would have been another level of dangerous had Clowney been able to experience the fun all season long. Texans D will likely be the #1 unit in 2015. 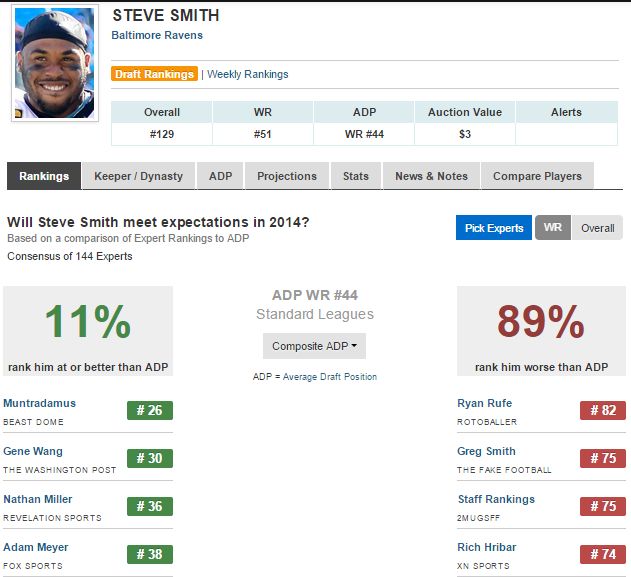 When all looked evil in the BEAST DOME world. SSS was the name that was keeping the BEAST DOME Nation alive. A WR that nearly every expert wrote off, SSS was a Fantasy BEAST who produced like Calvin Johnson the first 6 weeks of the season. Eventually the fire started to fade away, but the memories will last us a lifetime as he truly was the BEAST DOME legend at the time of the Storm. He will still end up with over 1000 and 6 TDs. Cannot complain about that with a last round pick.